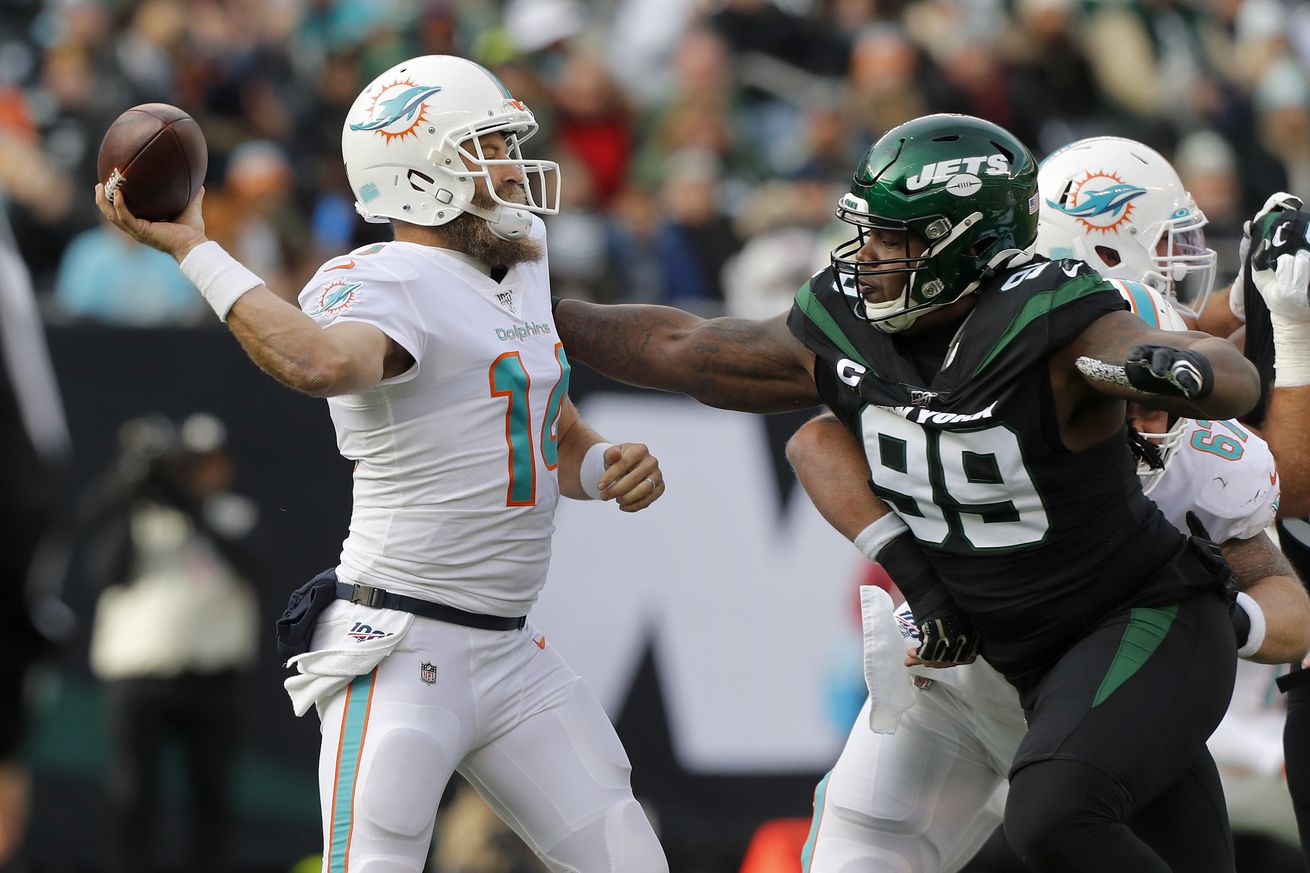 The Jets may not have a win and may be the worst team in the league at the moment, but that doesn’t mean they should be taken lightly. Many have been calling this a “free win” but I have seen too many of those games backfire on the favored team. By all means, the Dolphins are the better team and I don’t see a Brian Flores led team underestimating their opponents. I fully expect the Dolphins to control this game just like they did last week against the 49ers.

Why Miami Dolphins players love Ryan Fitzpatrick: ‘He’s the man’ – Miami Dolphins Blog- ESPN
The veteran quarterback, who last week had the best total QBR rating of all QBs this season, exudes energy, confidence and fun with his team.

Miami Dolphins News 10/16/20: Kyle Van Noy Practices, Uncertain For Sunday Though – The Phinsider
Welcome to the Splash Zone, the quickest way to get your day started off right. We bring you a rundown of Miami Dolphins news from the last 24 hours.

Prediction for Jets at Dolphins: Pain – The Phinsider
What a whirlwind the last 24 hours+ have been. Honestly, I haven’t checked my phone so many times in one day for something sports-related in a very long time. From all the fake big-time journalists…

Miami’s Fitzpatrick among PFF’s top-rated quarterbacks when blitzed – The Phinsider
The Dolphins offense has had a bit of Fitzmagic when facing the blitz in 2020.