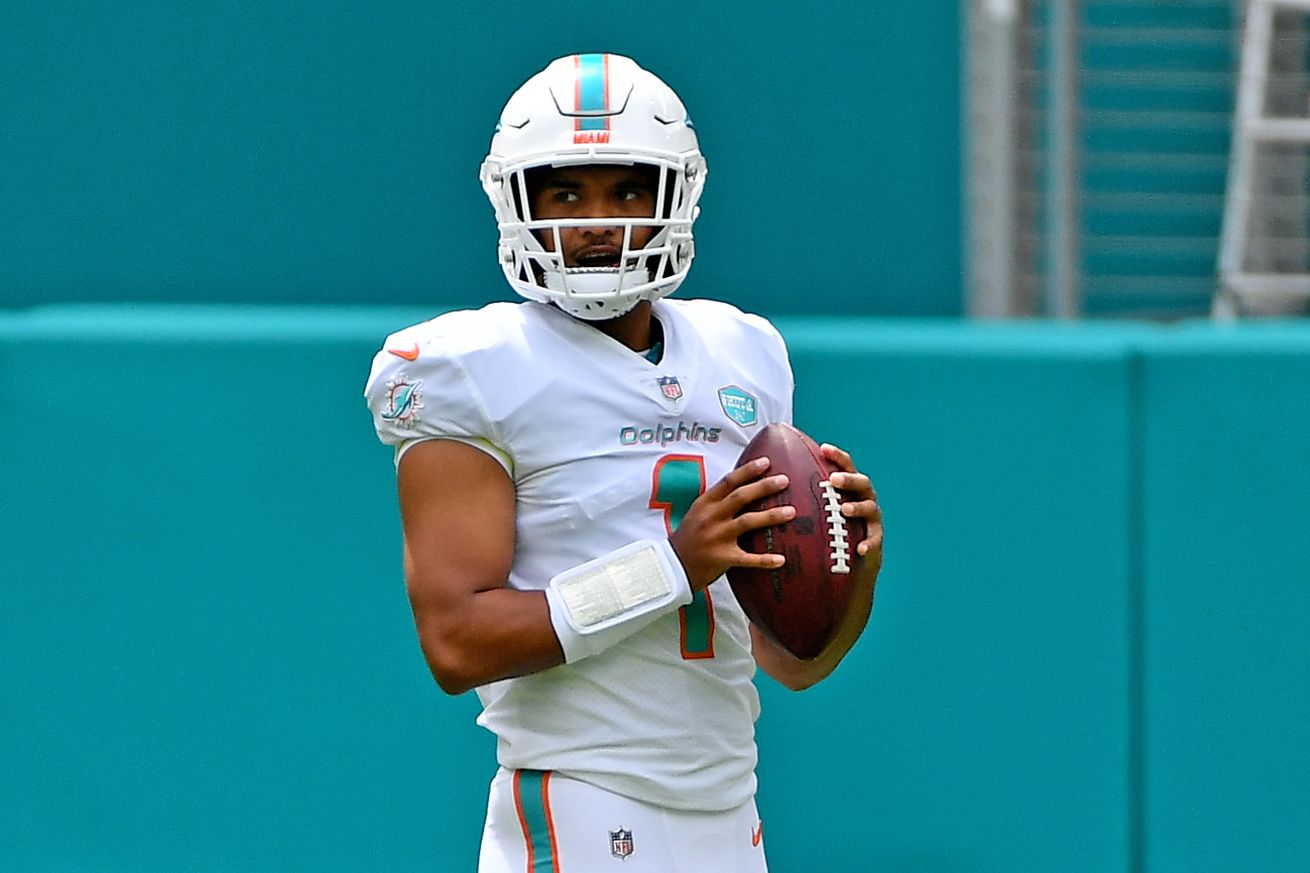 After the Dolphins recent defeat to the Seahawks, the talk among fans and media is should the Dolphins start their rookie quarterback, Tua Tagovailoa? We’ve seen Joe Burrow and Justin Herbert have some solid outings during the season and it’s leaving people wondering how Tua would look under center. Brian Flores spoke with the media yesterday and pretty much stated that Ryan Fitzpatrick will be the starter on Sunday, but Tua time seems to be creeping up on us.

It’s not Tua Tagovailoa time yet for Dolphins. Here’s why, according to Brian Flores – South Florida Sun-Sentinel
Dolphins rookie Tua Tagovailoa, Miami’s top draft pick in April, has yet to play a down in his NFL career. And that may still be the case as Miami prepares to head across the country to play the San Francisco 49ers in Week 5.

Miami Dolphins News 10/5/20: Miami Dolphins Fall To 1-3 – The Phinsider
Welcome to the Splash Zone, the quickest way to get your day started off right. We bring you a rundown of Miami Dolphins news from the last 24 hours.

Seahawks at Dolphins recap: Miami was in it but once again were unable to win – The Phinsider
I try to write catchy headlines to separate myself from other writers. I feel that a funny headline will hook in a reader instead of going the traditional newspaper route of being bland or even…

Dolphins Lose To Seahawks In Week 4 – Three Takeaways
John Congemi’s takeaways from the Week 4 matchup between the Seattle Seahawks and Miami Dolphins.