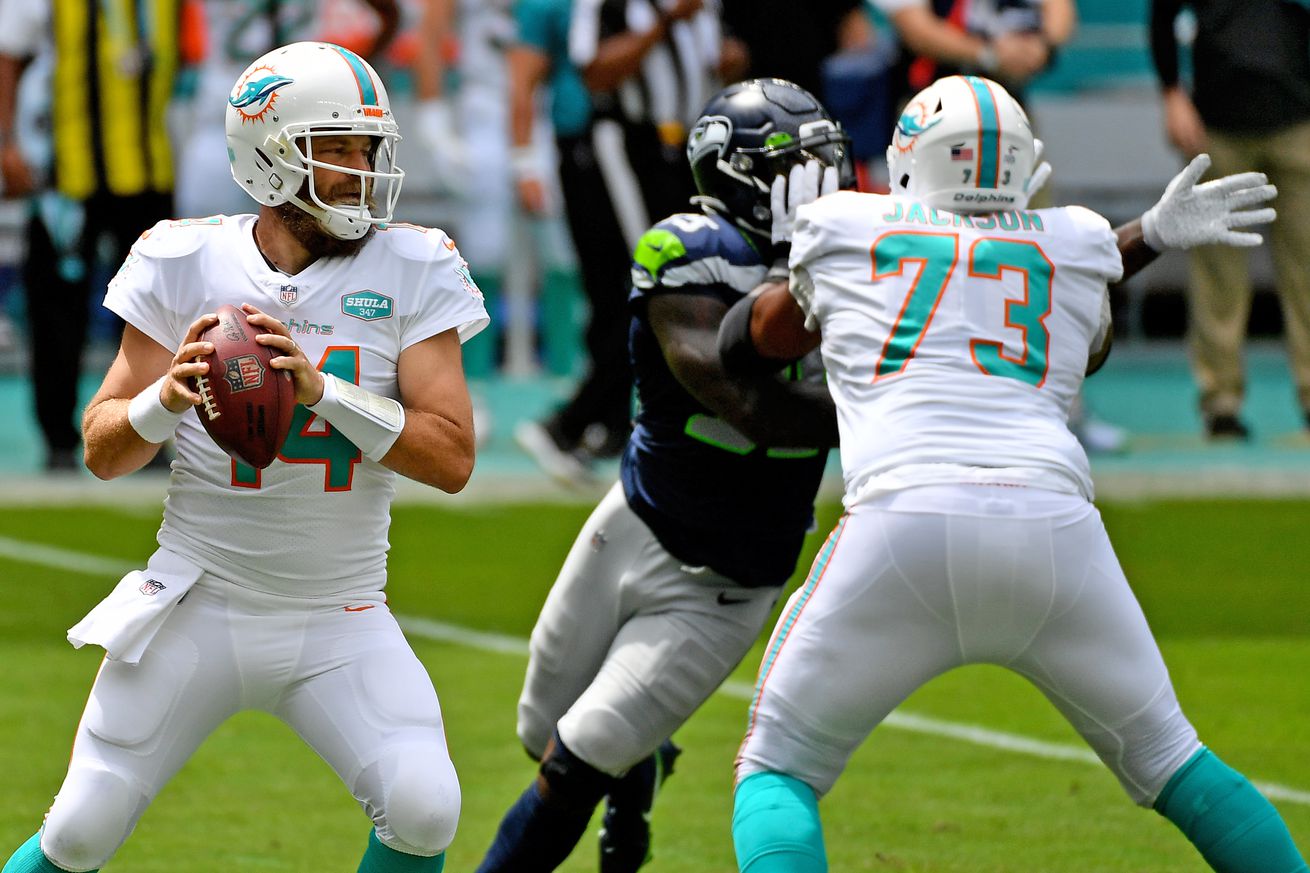 The Dolphins new offensive line has held up so far one month into the season. Austin Jackson has been solid at left tackle after being drafted in the first round this year but is now dealing with a foot injury. I assume he suffered it when he was playing against the Seahawks and only missed a few plays before coming back in. Sounds like the line could potentially be shuffled up for Sunday’s game against the San Francisco 49ers. Thankfully they are dealing with a ton of injuries up front on defense.

Brian Flores: We don’t feel Tua Tagovailoa is ready to start yet – ProFootballTalk
Dolphins head coach Brian Flores wasn’t emphatic when it came to saying Ryan Fitzpatrick would remain the team’s starting quarterback when he was asked on Monday, but the team ultimately opted to stay the course for their Week Five game against the 49ers.

Miami Dolphins News 10/7/20: Ryan Fitzpatrick To Start Week 5 – The Phinsider
Welcome to the Splash Zone, the quickest way to get your day started off right. We bring you a rundown of Miami Dolphins news from the last 24 hours.

Dolphins offensive line looking to continue growth despite Austin Jackson injury – The Phinsider
The Miami Dolphins entered the 2020 NFL season with four of the team’s five starting linemen new to the team, including starting rookies at left tackle and right guard. In a year with no offseason…

Caption This: Dolphins Week 5 edition – The Phinsider
The Miami Dolphins are heading into Week 5 of the 2020 NFL season with a 1-3 record and looking to rebound against the San Francisco 49ers. It has not been a great start to the season for Miami,…

2020 The Phinsider Fantasy Football League and Survivor Pool update – The Phinsider
Someone last week recommended we take a minute to update the site on our 2020 Eliminator Challenge survivor pool on ESPN’s fantasy site. The goal of this pool is to pick one victorious team per…