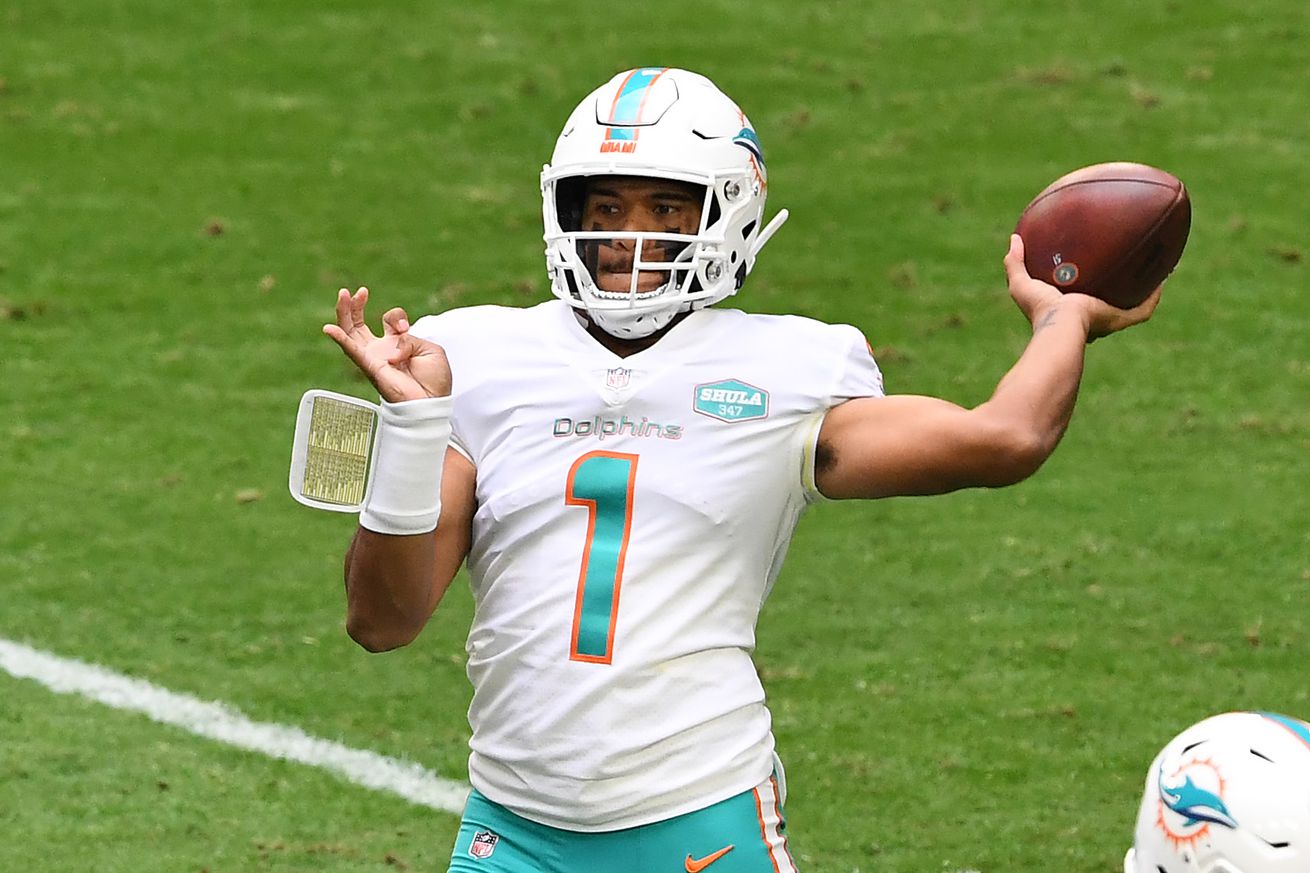 After not being asked to do much against the Rams last week, the training wheels were taken off for Tua Tagovailoa and the rookie showed he can play in the NFL. He was accurate with his throws and was able to use his legs to get himself some yards and out of trouble. Kyler Murray also had a phenomenal day but at the end of the day, the rookie in Miami came away with the victory.

Miami Dolphins News 11/9/20: Dolphins Outlast Cardinals 34 – 31 – The Phinsider
Welcome to the Splash Zone, the quickest way to get your day started off right. We bring you a rundown of Miami Dolphins news from the last 24 hours.

The Miami Dolphins Arizona Cardinals Game was a Buffet of Emotions – The Phinsider
First off, WOW!!! What a game. That’s why sports are the ultimate in terms of entertainment. You can’t get that type of emotional roller coaster at a concert, museum or all the things I’m blanking…

Dolphins stock watch following win over Cardinals – The Phinsider
The Miami Dolphins moved to 5-3 on the season with their fourth-straight win, this time a Week 9 34-31 victory over the Arizona Cardinals. It was another good performance from the Dolphins, who…