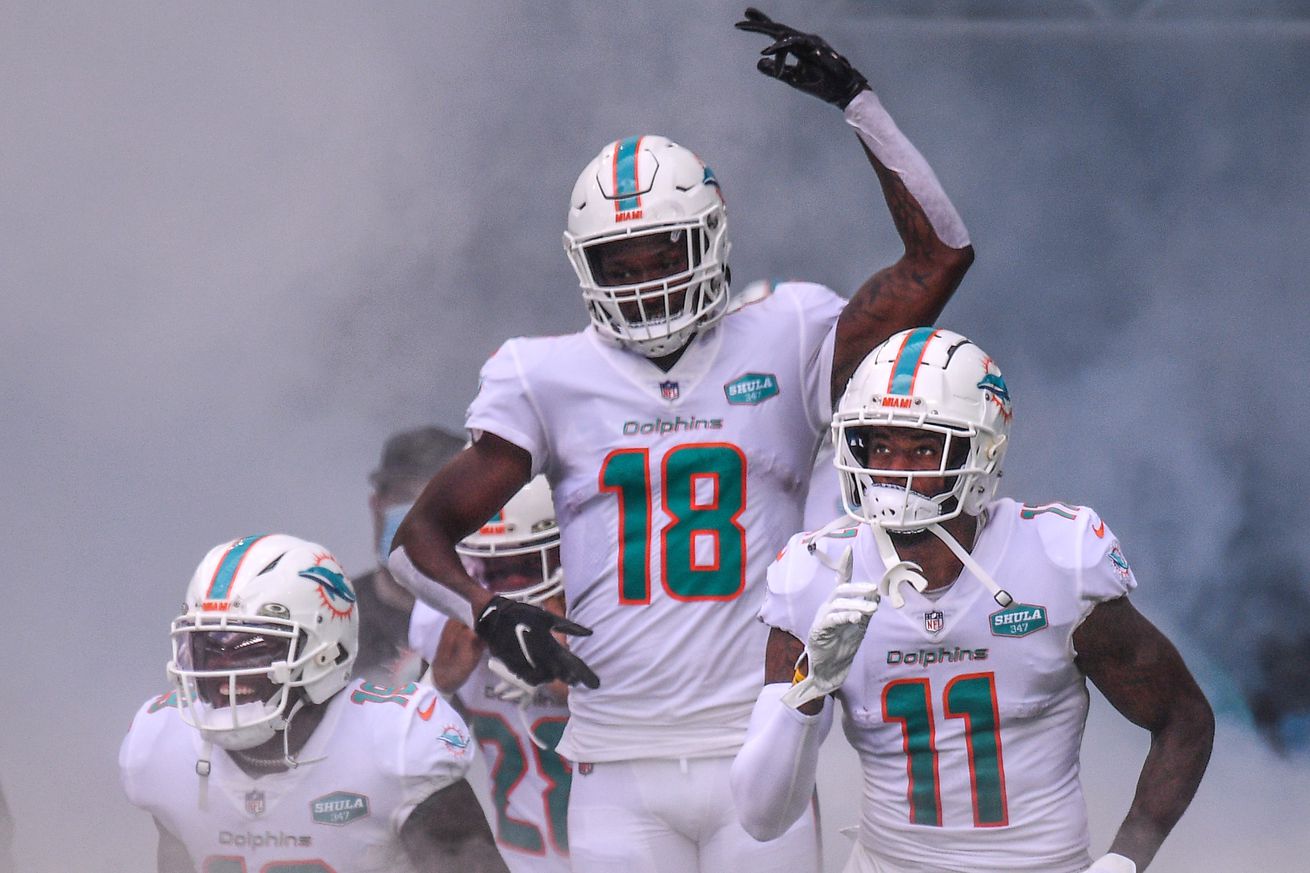 The Dolphins have lost Preston Williams for the next three game or perhaps even longer. The team placed Williams on injured reserve yesterday after the receiver sustained a foot injury during the game against the Cardinals. Kind of a big blow when Tua Tagovailoa was showing some chemistry with Williams. Also hurts that the team just traded Isaiah Ford to the Patriots last week. There’s a number of players who could step up to fill in the void left by Williams, none more interesting than Antonio Callaway.

Miami Dolphins News 11/11/20: Are The Dolphins A Playoff Team? – The Phinsider
Welcome to the Splash Zone, the quickest way to get your day started off right. We bring you a rundown of Miami Dolphins news from the last 24 hours.

It’s Time we, Seriously, Talk About Miami Dolphins Kicker Jason Sanders – The Phinsider
Perhaps, you’ve already seen or read some other outlets talk about Jason Sanders. To that I say shame on you for consuming any other sports’ media besides The Phinsider. I haven’t spoken about the…

Flores Rolls Dice, Throws Double Sixes – The Phinsider
It’s time to acknowledge what most of us were probably thinking the past couple of weeks, but perhaps didn’t want to come right out and say. Dolphins head coach Brian Flores took a huge gamble…

Why Tua Tagovailoa and Ryan Fitzpatrick are perfect teammates – The Phinsider
The bond these two share is strong and special.