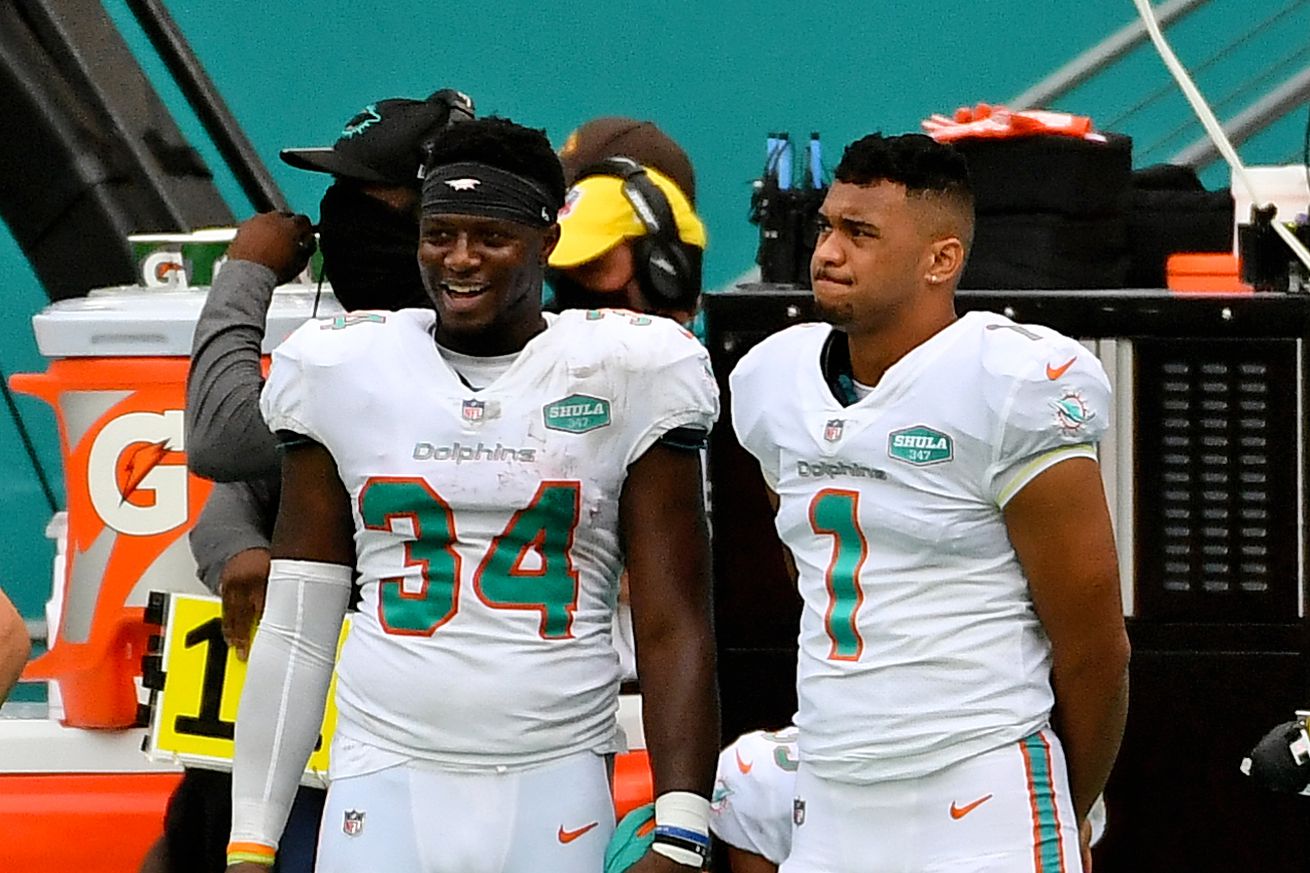 Jordan Howard’s time as a Miami Dolphin has come to an end. The Dolphins waived the veteran running back yesterday as he just wasn’t that effective running the ball, besides some goal line situations. Myles Gaskin took over the lead role before getting injured and with Salvon Ahmed making the most of his opportunity, it made Howard expendable.

From career in peril to Miami Dolphins’ future – Inside Tua Tagovailoa’s journey back from injury
Monday marks the anniversary of the quarterback’s career-threatening injury. The milestones and memories of the past year have fueled the rookie, who will make his third NFL start Sunday.

Zach Seiler Signed Contract Extension
The Dolphins announced they signed Zach Sieler to a contract extension through the 2023 season.

Miami Dolphins News 11/16/20: Dolphins Take Care Of Business Against Chargers – The Phinsider
Welcome to the Splash Zone, the quickest way to get your day started off right. We bring you a rundown of Miami Dolphins news from the last 24 hours.

No doubt about Dolphins’ legitimacy after win over Chargers
Are the Miami Dolphins a legitimate threat in the AFC? Jim Trotter says he’s taking Brian Flores’ team seriously after its Week 10 victory over the Los Angeles Chargers.

According to ESPN’s Adam Schefter, the Miami Dolphins have waived veteran running back Jordan Howard.