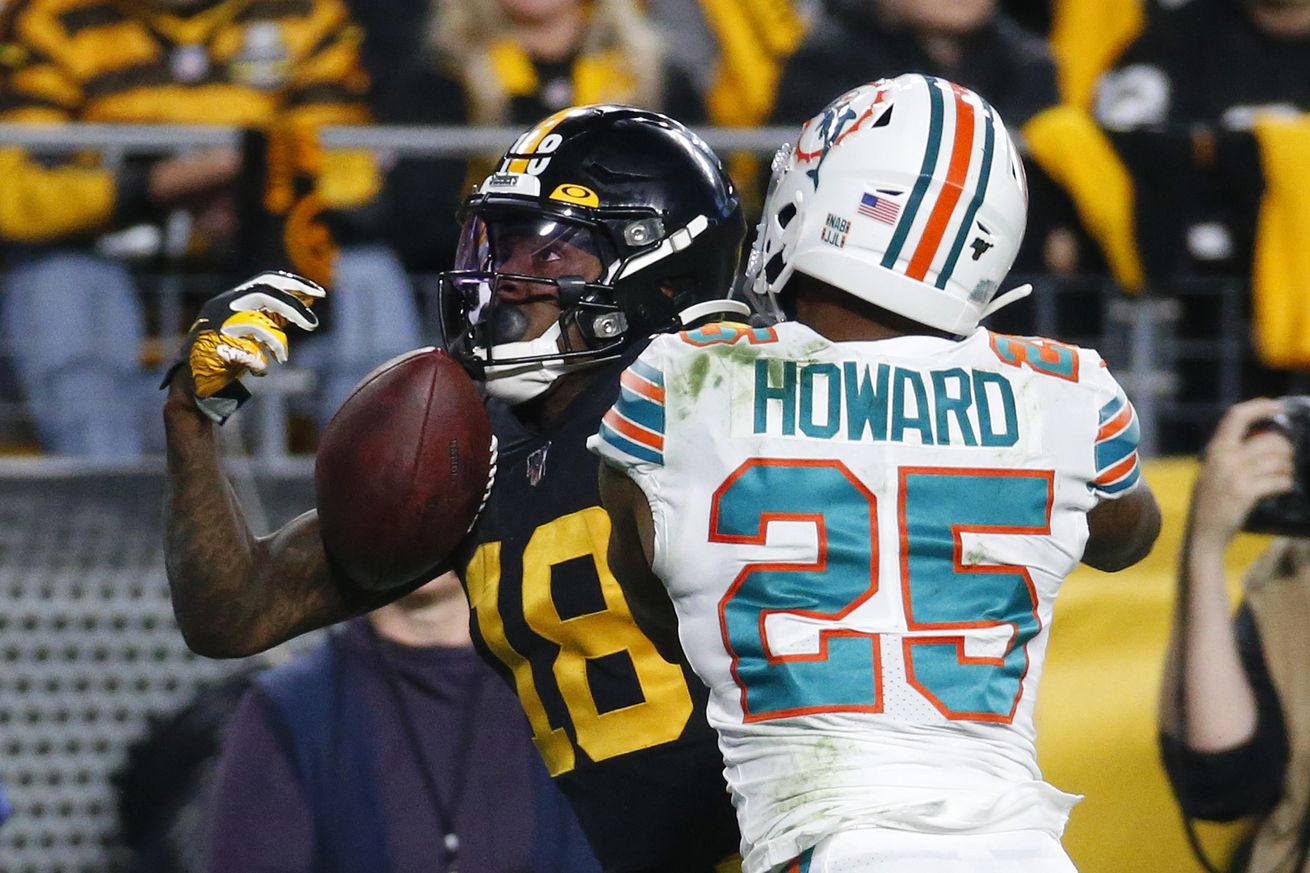 Back in December, actually right after the Dolphins beat the Patriots, Xavien Howard was arrested for domestic violence involving his fiance. The chargers were dropped in February after his fiance decided not to proceed with prosecution. Though those chargers were dropped, Howard still could have faced some sort of discipline from the NFL. But that will not be the case, as the league stated yesterday they would pursue no actions against Howard.

Predicting the first game started for top 2020 rookie quarterbacks: Tua Tagovailoa has to wait a while – CBSSports.com
Dolphins fans might want to temper their expectations

Number 88 and the Three Dolphins Who Wore It Best
We’re now 88 days away from Miami’s 2020 season opener at New England, so we honor the best players who have worn that number for the Dolphins

Miami Dolphins New 6/17/20: Tua Tagovailoa Visits Dolphins Headquarters – The Phinsider
Welcome to the Splash Zone, the quickest way to get your day started off right. We bring you a rundown of Miami Dolphins news from the last 24 hours.

Shannon Sharpe: no general manager in the NFL Jarrett Stidham over Tua – The Phinsider
The debate about Tua Tagovailoa’s place among NFL signal callers was thrust into the national spotlight last week, with Pro Football Talk’s Chris Simms’ clownish comments about New England…

Will DeVante Parker be Miami’s MVP in 2020? – The Phinsider
Can Parker showcase consistency after a strong 2019 season?

NFL will not suspend Xavien Howard after domestic battery charges dropped – The Phinsider
The last time fans of the Miami Dolphins were able to see cornerback Xavien Howard on the field was in a 27-14 loss to the Pittsburgh Steelers in a 2019 Week 8 contest. Howard recorded an…