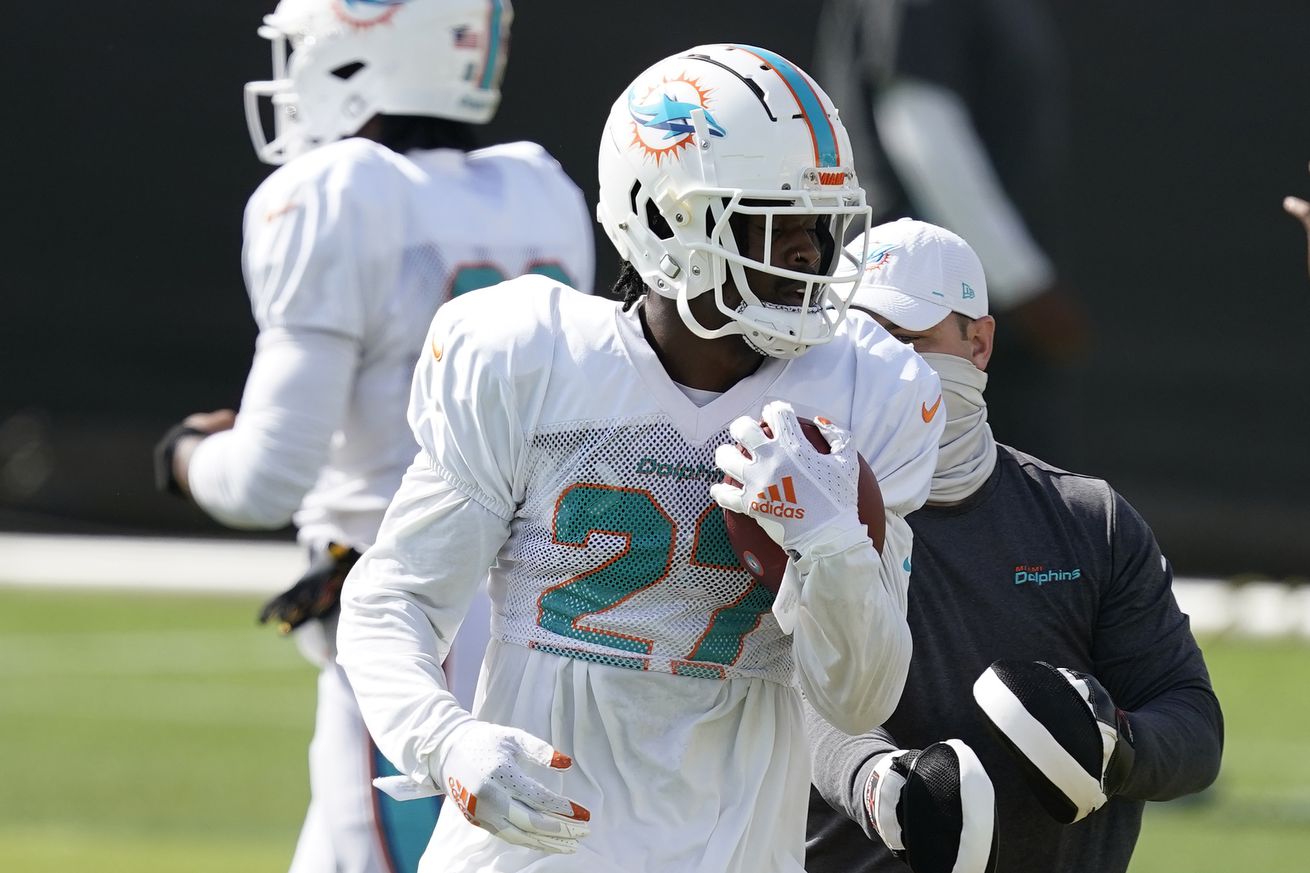 Kalen Ballage wasn’t a Jet for long. The Dolphins released the running back at first, but the Jets called and offered a draft pick for him. The trade has fallen through as Ballage failed his physical and will be coming back to Miami. But he’s not going to be on the roster long, as the team has already revealed what they thought of the running back. I wouldn’t be surprised to see him head back to the Jets.

Kalen Ballage fails Jets physical, reverts back to Dolphins
In less than a week’s time, running back Kalen Ballage was headed for a release from the Dolphins, then traded to the Jets and is now heading back to Miami after failing a physical, NFL Network Insider Ian Rapoport reported.

Miami Dolphins News 8/30/20: Notes From Dolphins Saturday Scrimmage – The Phinsider
Welcome to the Splash Zone, the quickest way to get your day started off right. We bring you a rundown of Miami Dolphins news from the last 24 hours.

Dolphins Fine Tune Roster As Opener Approaches – The Phinsider
Last week saw two fairly recent draftees by the Miami Dolphins being traded to other teams. 2018 fourth rounder Kalen Ballage was sent to the New York Jets for a conditional seventh round pick and…

Miami Dolphins 2020 scrimmage report: Tua Tagovailoa discusses the ‘good’ and the ‘not so good’ – The Phinsider
The Miami Dolphins held a scrimmage on Saturday, their first game-like work of the summer. In a year with no preseason games, srimmages are going to be critical in the team’s preparation for a…

Kalen Ballage fails Jets physical, reverts to Dolphins roster – The Phinsider
The Miami Dolphins agreed to a trade with the New York Jets late last week, sending the team’s 2018 fourth-round pick to his former head coach, Adam Gase. The deal, a rarity as a trade between…