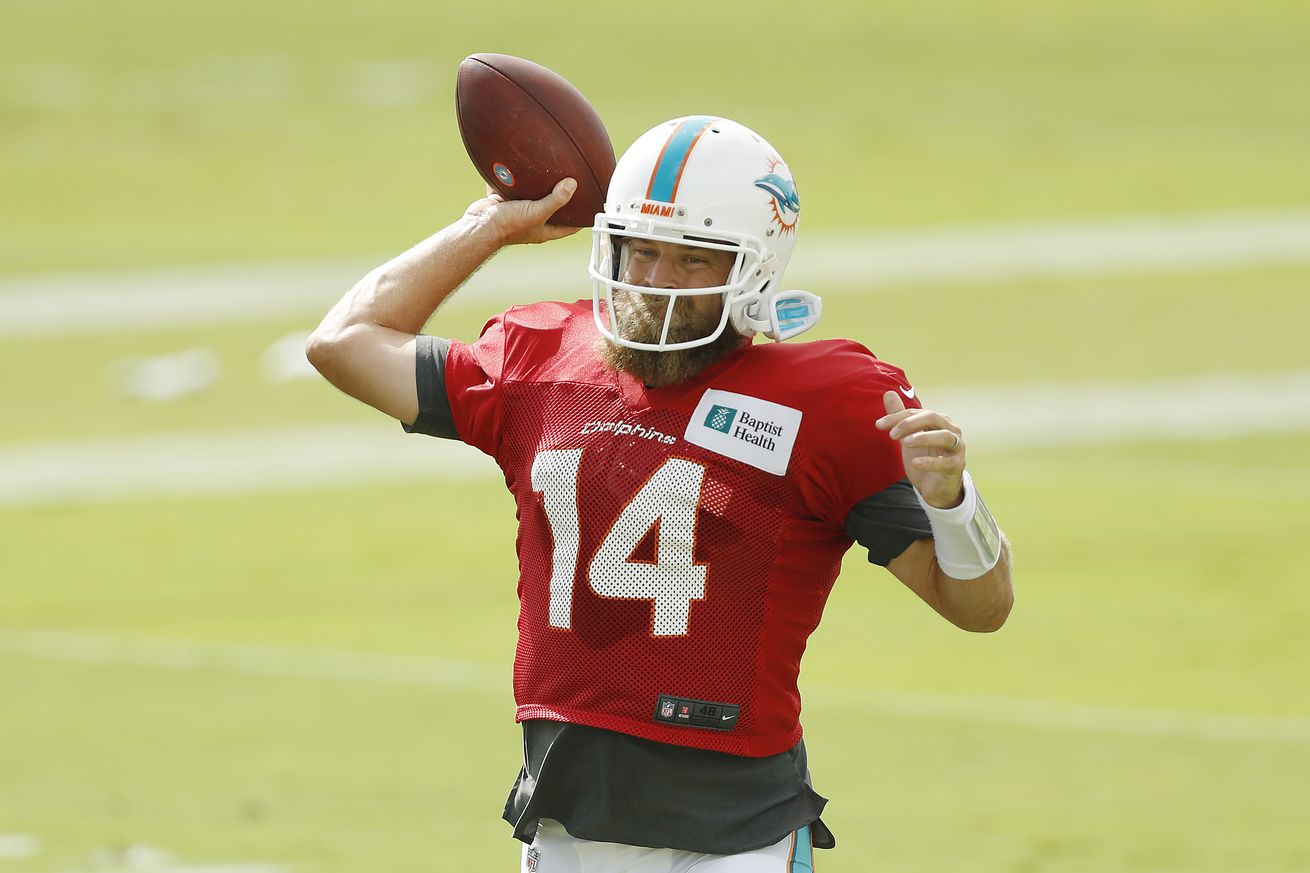 All eyes were on Tua Tagovailoa this offseason, but Ryan Fitzpatrick proved he is the better quarterback right now which is why he will be leading the offense this Sunday against the Patriots. Helping lead the Dolphins to five wins with a depleted roster, Fitzpatrick made the games watchable and ended the season as the team’s MVP. When the Dolphins roll out their improved roster on Sunday, Fitzpatrick will be leading the way knowing his replacement is waiting in the wings, and that’s okay with him.

Miami Dolphins News 9/9/20: Previewing The Dolphins 2020 Season – The Phinsider
Welcome to the Splash Zone, the quickest way to get your day started off right. We bring you a rundown of Miami Dolphins news from the last 24 hours.

Who is on First? The 2020 Miami Dolphins could have a few tricks up their sleeves. – The Phinsider
With the release of the 2020 Miami Dolphins depth chart, one theme is constant – players will be used and trained in many different roles. With a versatile roster, I can see Bill Belichick asking who is on first week one against the Dolphins.

Love Fitzpatrick, but We Probably See Tua Sooner than Later – The Phinsider
We’re one day closer to the start of the Miami Dolphins campaign to turn around a franchise that’s been, mostly, a dumpster fire if the dumpster was made out of rotting garbage for the last 20+…