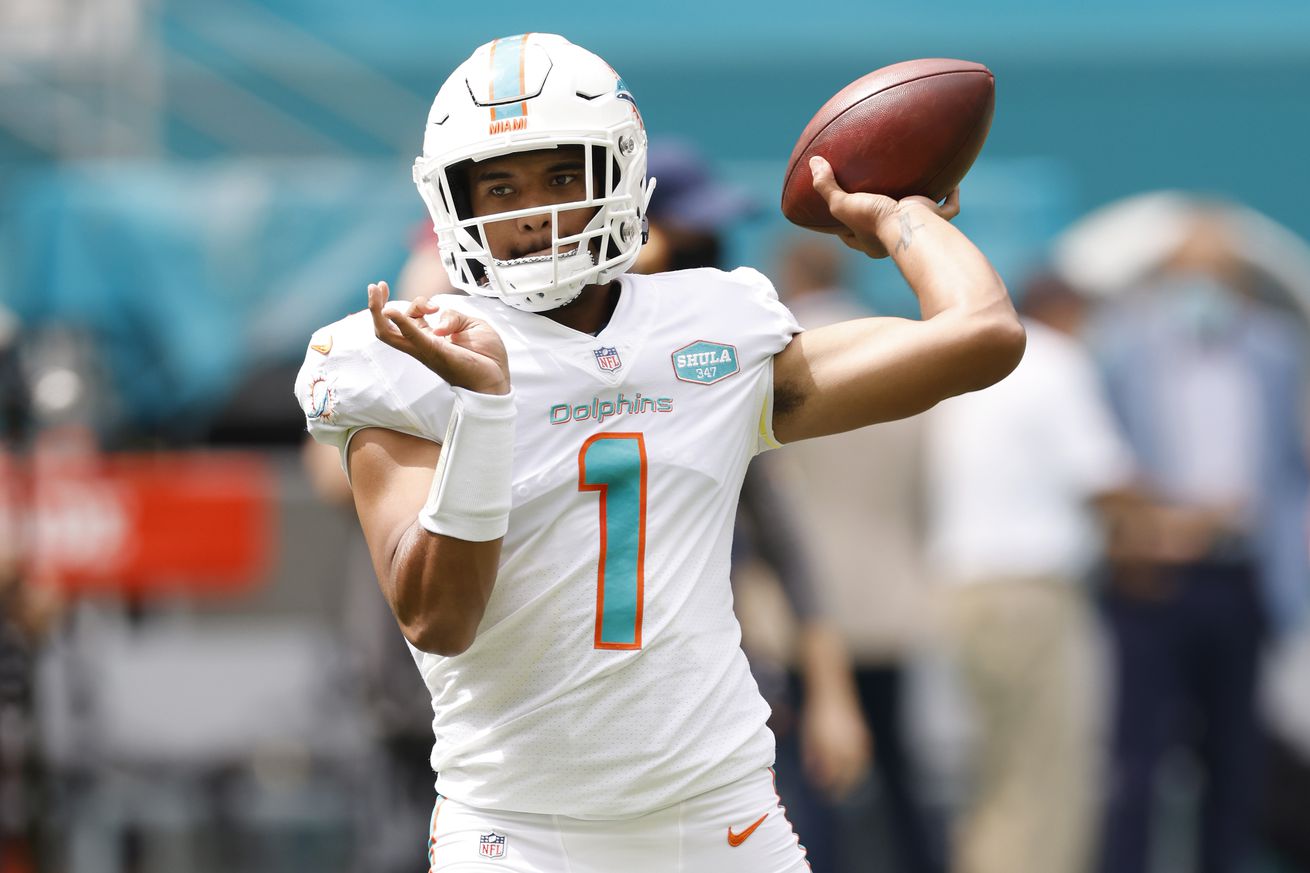 In 1940, Connecticut born author Armstrong Sperry wrote one of the all time great books the world has ever known. ’Call It Courage’, for nearly a century now, has been a staple of classrooms across the globe. Sperry won the prestigious Newbery Award the following year for his efforts, and there are some obvious parallels between some elements of the story and the saga of Miami Dolphins’ quarterback of the future, Tua Tagovailoa.

The book’s main character, a young boy named Mafatu, lives with his father on the island of Hikueru, in the Tuamotu archipelago, also known as French Polynesia. Of course, it’s also only a few hundred miles from the island nation from which Tagovailoa’s family is descended from, Samoa. Encompassing some sixty four million square miles, the Pacific Ocean is by far the largest body of water on earth, and this far flung chain of islands and atolls lies nearly six thousand miles from the coast of South America and roughly five thousand miles East of Australia. In 1947, Norwegian explorer and geographer Thor Heyerdahl embarked on a 101 day journey on a hand built raft from Peru to French Polynesia, to demonstrate that early humans could have migrated from the Americas to that vast region. I’d like to briefly share with you just a couple of passages from Sperry’s classic story.

‘It was the sea that Mafatu feared. He had been surrounded by it ever since he was born. The thunder of it filled his ears; the crash of it upon the reef, the mutter of it at sunset, the threat and fury of its storms — on every hand, wherever he turned — the sea’.

His mother was killed in one such storm when the boy was very young, and he had at once loathed and feared the ocean his entire life. The story takes place before the dawn of recorded history, and in those days, almost every meal an islander consumed had to come from the ocean. As you might imagine, the young boy had a difficult existence, and was relegated to making nets for others to wrest their livelihood from the sea, to sharpening the spear tips and the knives they would use to bring back their daily catch. The boy eventually grows weary of this life, and, determined to overcome his fear of the sea, he builds an outrigger canoe and boldly sets out alone to explore other islands. He encounters and fights various creatures, such as sharks, a wild boar and an octopus he had to kill at the bottom of a lagoon to escape with his life. When he finally returns to his home island of Hikueru, his father initially doesn’t recognize him when we walks up from the shoreline.

’But the boy who dropped overside into the shallows and staggered up the beach was flesh and blood, albeit wasted and thin. They saw that a necklace of boar’s teeth shone upon his chest, a splendid spear flashed in his hand. Tavana Nui, the Great Chief of Hikueru, went forward to greet the stranger. The brave young figure halted, drew itself upright. ”My father”, Mafatu cried thickly, “I have come home”.’

Just as the young boy had to overcome his fear of the sea, the new face of the Miami Dolphins franchise, Tua Tagovailoa, must overcome a serious injury, a decidedly pessimistic fan base, some of whom are openly rooting for him to fail and the challenges of becoming a successful starting quarterback in the National Football League. I believe this young man will overcome every obstacle in his path and eventually become one of the premier quarterbacks in the NFL. The injury that everyone — well, everyone other than the Dolphins front office, who had him checked out and drafted him — has been so worried about, will become known as the best thing to happen to the Dolphins since Dan Marino’s lackluster senior season nearly forty years ago. Like Marino’s 1982 season at Pittsburgh, Tagovailoa’s 2019 hip injury is, literally, the only reason the young quarterback was ever even available for Miami to select with the fifth overall pick to begin with. No offense to former LSU QB Joe Burrow, but prior to Tua’s injury last November, you’d have been hard pressed to find many scouts who didn’t emphatically believe that Tagovailoa would be the first player in the nation to be drafted this year. Accordingly, when the Dolphins won back to back games against the Jets and Colts last year, I was fuming, believing that we’d lost our chance to see Miami acquire one of the top three quarterbacks in the 2020 draft. So, unlike many fans, I view Tagovailoa’s injury as a gift from heaven, which at long last will finally end the Dolphins’ twenty year curse of futility.

What the anti Tua crowd fails to recognize is that Tagovailoa’s game isn’t based on flashy throws or gaudy ‘splash plays’, although since he’s now a Dolphin, I hope we see plenty of them (pun intended). Like Ruth, Gretzky, Jordan or even the aforementioned Marino, Tagovailoa’s repertoire is mostly just fundamentals; he throws the ball with deadly accuracy. Love him or hate him, he’s easily one of the most accurate quarterbacks in the history of major college football, clocking in at just under a 70% completion rate during his three years in Tuscaloosa. Someone on here said they thought he had it easy at Alabama. Easy, as in, being sent into the National Championship game to start the second half against the Georgia Bulldogs and future first round picks on defense, Roquan Smith and Deandre Baker, and having to bring the team back from a 13-0 deficit as a true freshman to win the game? Sure, Tagovailoa had a lot of talented players around him at Alabama, particularly at wide receiver and along the offensive line, but so did a lot of other QB’s. This young man has pulled off amazing feats that no other quarterback before him has ever accomplished. If we want to sit here and say, ‘But he hasn’t done it in the NFL yet’, or, ‘He’s brittle’, etc, go right ahead. Just know this: bet against this guy and he’ll probably prove you wrong. As his longtime trainer and former Super Bowl winning quarterback, Trent Dilfer once said, ‘He’s got magic in him’.