The Miami Dolphins’ efforts to create a more well-rounded roster should be applauded on the heels of the 2021 NFL Draft. The Dolphins didn’t fall into the trap of just drafting for need and instead found themselves embracing an attack of overall talent — with a few surprise picks as a result. Oregon’s Jevon Holland wasn’t the most pressing need, nor was Boston College’s Hunter Long.

But both fit the model for Miami Dolphins football players — and so here they are.

But the introduction of new players to the roster inevitably means that others are going to be facing the challenge of demotion or, even worse, termination. Which of Miami’s offensive players have the most on the line after Miami’s latest draft class? 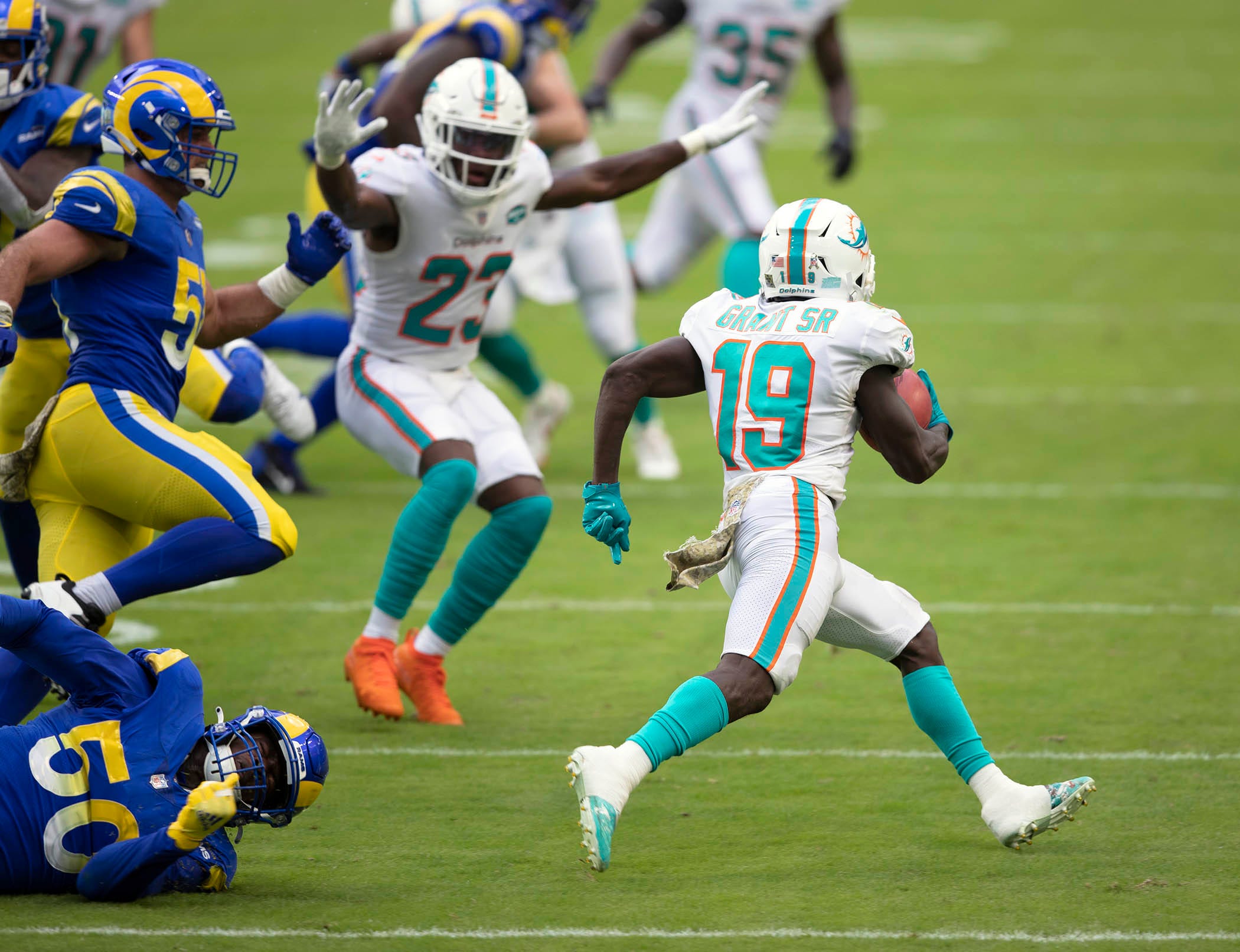 The writing on the wall for Grant isn’t promising on the heels of both free agency and the 2021 NFL Draft. Miami landed two speedy receivers with premium assets: Will Fuller was the team’s top free agent signing and Jaylen Waddle was the team’s top draft choice. Add in Robert Foster as another signing this spring and Grant’s role as the lone speedster on the roster is long gone. And given Grant’s issues with durability, drops and consistency, we may have seen the last of him with the Dolphins. A post-June 1st release would free up over $4M in cap space for Miami and, if we’re being honest it feels somewhat inevitable that Grant will be elsewhere this season.