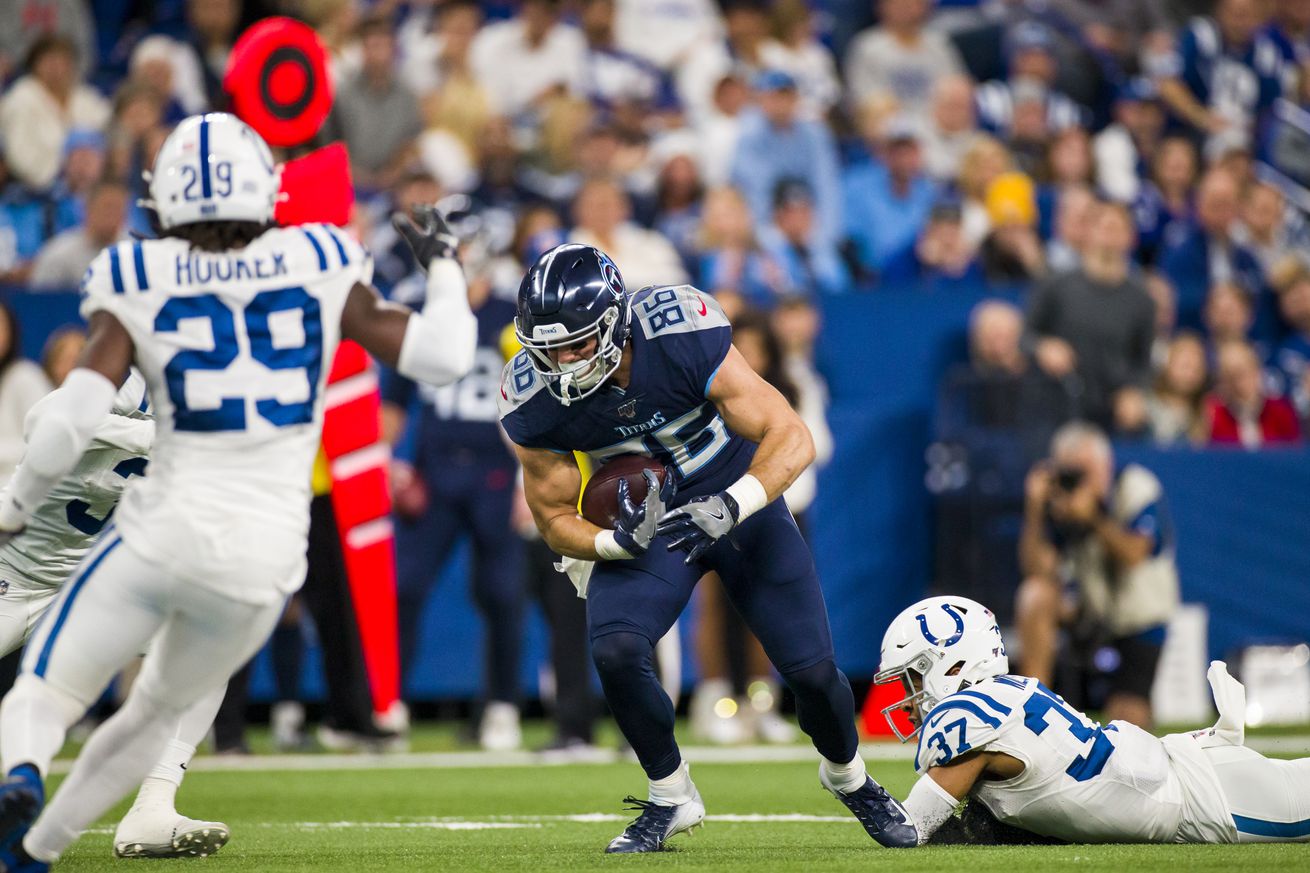 Tonight’s Thursday Night Football game features two AFC South teams in a game that may wind up having important implications for who will win the division. The Indianapolis Colts will travel to Tennessee to take on the Tennessee Titans. The Tennessee Titans started the season off red hot. The Ryan Tannehill led Titans started the season out with five straight wins before dropping two in a row to the Pittsburgh Steelers and the Cincinnati Bengals. Tennessee managed to bounce back last week, defeating the Chicago Bears 24 to 17 to hold on to their divisional lead.

The Colts have had an up and down season. The kicked off the year dropping their first game to the horrible Jacksonville Jaguars before winning three straight. They then dropped another game to the Cleveland Browns before again going on a two game win streak. Last week gave the Colts another loss, leaving them one game back of the Tennessee Titans in the AFC South race. They lost last weekend to one of the best teams in the AFC, the Baltimore Ravens.

Please use this live game thread to discuss this evenings Thursday Night Football game or of course, as always, your Miami Dolphins. As a reminder, continue to follow all site rules during any live game thread, especially the ones that do not allow ANY personal attacks or ANY mention of anything of a political or nature. Also remember that requesting, sharing or discussing of any illegal game streams on this thread or any other thread on the Phinsider or any of SBNations other sites is strictly prohibited and can result in a warning or a ban.