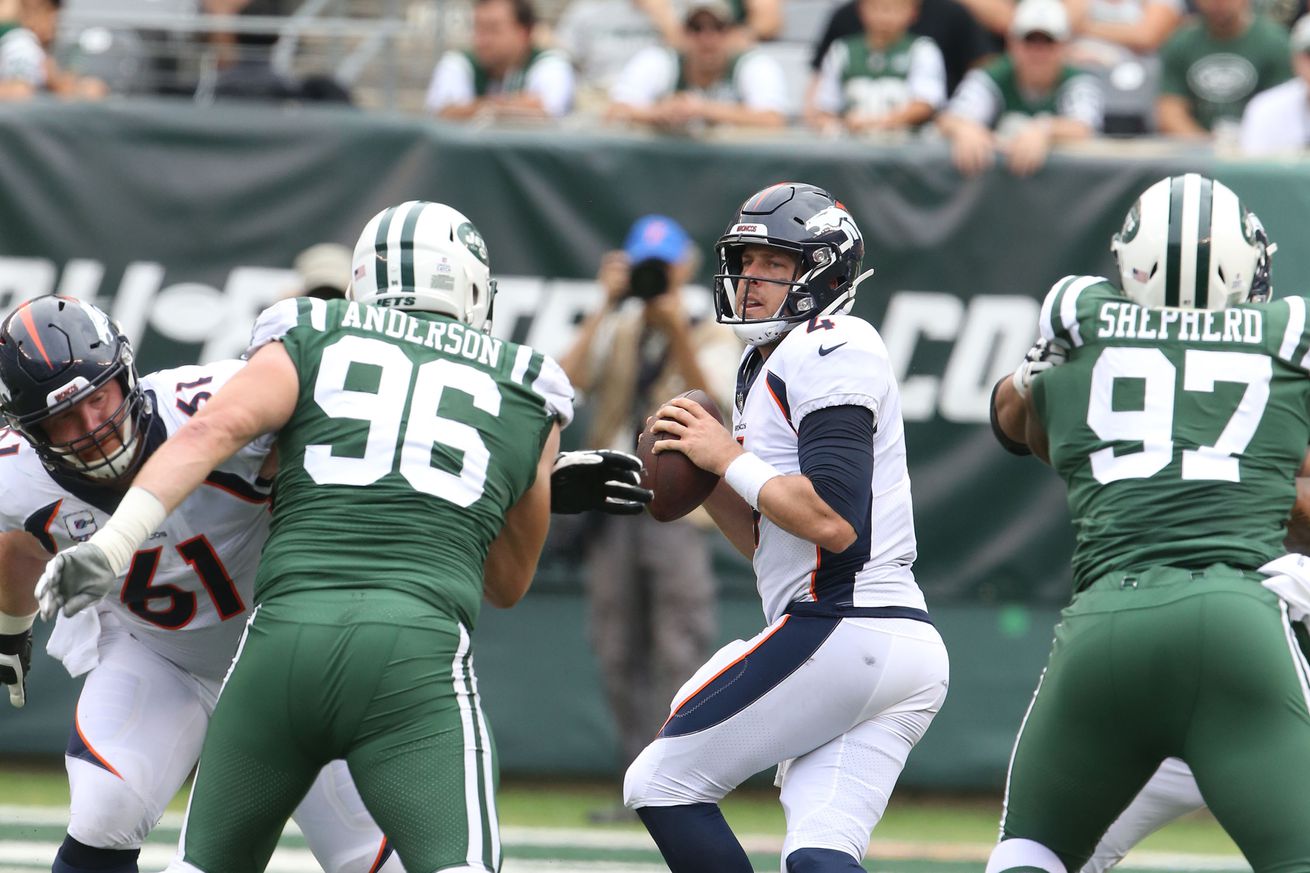 Tonight’s Thursday Night Football matchup is a showdown between two winless AFC Teams. The Denver Broncos and the hated New York Jets. Rumors are that with a loss this evening former Miami Dolphins head coach Adam Gase will be fired as the rumor also is that he has lost the locker room. Never a good sign for any head coach. So glad that he is no longer our problem!

Both teams, statistically of course look terrible on paper, at least on offense. Defensively the two teams are ranked in the bottom half of the league but not quit near the bottom…yet. The Broncos sit ranked 20th, having given up 380 yards per game while the Jets are only a hair better at 17th, having surrendered 372 yards a game. Both look not so good but are better than one would expect given how anemic both offenses have been through three games.

The Broncos sit near the bottom of the league in offensive production, ranked 29th with 324.7 yards gained per game. They sit ranked 24th in passing with 240.3 yards per game through the air. On the ground the Broncos rank 29th with only 84.3 yards per game. On the other side of the ball the Jets are dead last in the league in passing yards, gaining a horrible 187.3 yards per contest. On the ground they have managed to be a slight bit better than the Broncos, churning out a whopping 4 more yards per contest and ranking them one spot ahead at 28th.

Please use this live game thread to discuss this evenings Thursday Night Football game or of course, as always, your Miami Dolphins. As a reminder, continue to follow all site rules during any live game thread, especially the ones that do not allow ANY personal attacks or ANY mention of anything of a political or nature. Also remember that requesting, sharing or discussing of any illegal game streams on this thread or any other thread on the Phinsider or any of SBNations other sites is strictly prohibited and can result in a warning or a ban.