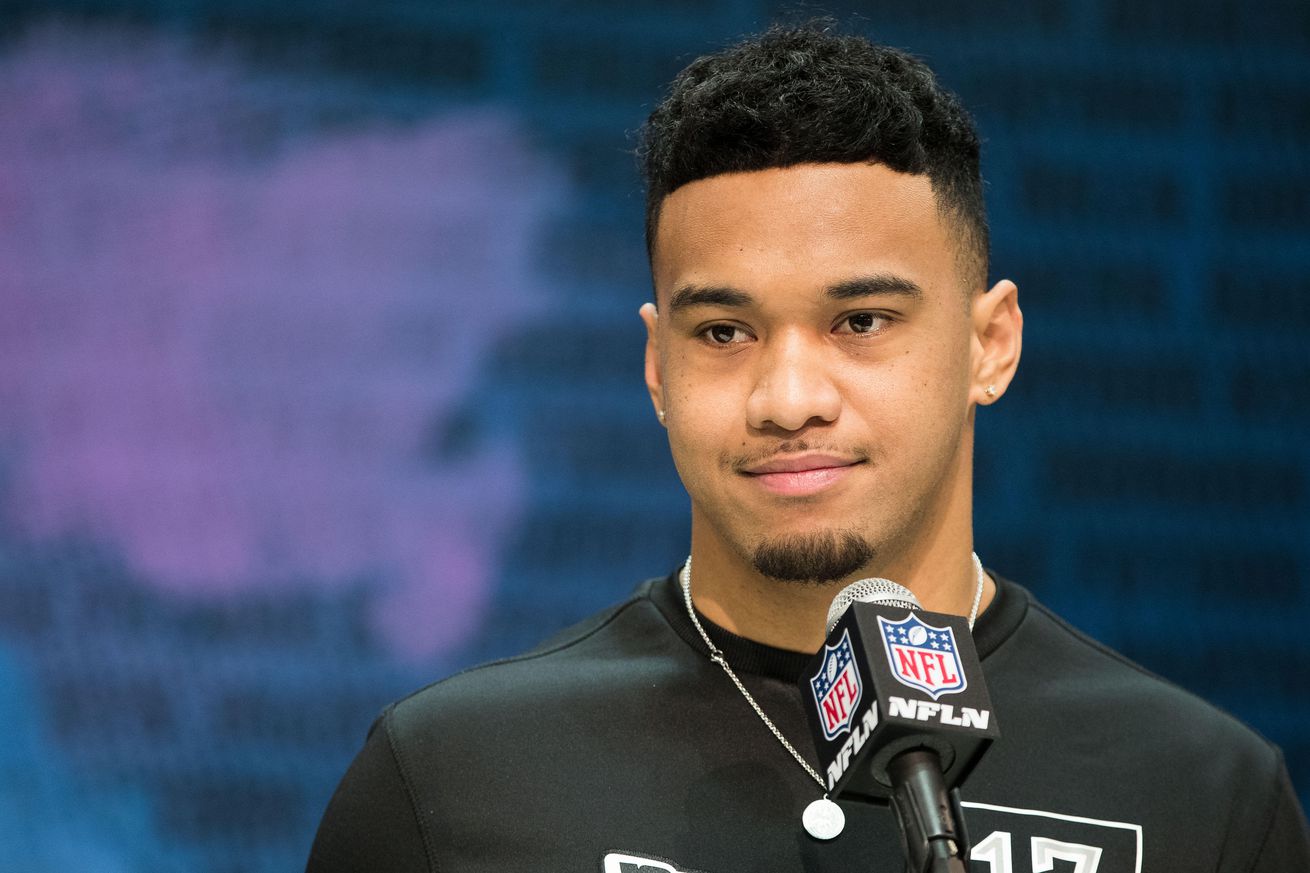 Now that the 2020 NFL Combine has officially ended, it is time for us to shift our attention to Free Agency and the rest of the excitement that comes with pre-draft visits. So, while we sit back and wait for the time to pass, we have nothing better to do than imagine what the future entails for our beloved Miami Dolphins.

Most analysts will post a mock draft every few weeks, and fans will go crazy with excitement. But the truth is, mock drafts are very rarely right. ‘Very rarely’ is a vital underestimate. And yet, I’ve been reading mock drafts since the first time I was able to sign on the worldwide web.

Let’s take a look at McShay’s post-combine mock draft and how it stacks up against the rest.

Like every mock draft, McShay’s starts with LSU QB Joe Burrow at #1 to Cincinnati and Ohio State EDGE rusher Chase Young to Washington at #2. At #3, the Lions select Ohio State defensive back Jeffrey Okudah, and at #4, the New York Giants take the versatile linebacker from Clemson Isaiah Simmons.

With the 5th pick in the 2020 NFL Draft, the Miami Dolphins select…

March 9 and April 9 are the key dates for this pick. First, Tagovailoa is expecting to get full medical clearance in March after a serious hip injury sidelined him for four months. Then NFL teams will get their first look at the Alabama lefty throwing the ball at the Crimson Tide pro day in April. When he’s right, Tagovailoa is special. He has incredible accuracy and some twitch to him. I love the way he reads a defense. The question is whether the Dolphins feel comfortable with Tagovailoa’s injury history and durability. I said recently that if I were promised 10 years of good health for both, I’d take Tua over Burrow. He’s that good. And with Ryan Fitzpatrick still in town, Tagovailoa could be afforded a nice adjustment period to the NFL.

I still think when all is said and done, the Dolphins are going to have to trade up if they want to assure themselves Tua Tagovailoa. And as I’ve said in the past, I believe he’s the best QB in the 2020 class. Whether they trade up for Tua or wait patiently at #5, I’m confident the Dolphins are going to end their eight-year drought and try to find themselves a franchise-signal caller. To me, that is Tua Tagovailoa.

With the 18th pick in the 2020 NFL Draft, the Miami Dolphins select…

After getting their coveted quarterback earlier, the Dolphins bring in a talented cornerback to line up opposite Xavien Howard. It is another spot where I would have liked to finally take Kinlaw off the board, but after drafting Christian Wilkins last year, the interior defensive line isn’t very high on the lengthy list of weaknesses in need of addressing. While Nik Needham and Eric Rowe teamed up for 20 passes defended and three interceptions in 2019, Miami needs a smooth, athletic corner such as Henderson. He posted a 4.39 in the 40 and has good ball skills.

I’m not going to speculate on whether or not Brian Flores and his staff look into moving Xavien Howard this offseason. However, with or without Howard, the Dolphins have to continue to find talent in the secondary. C.J Henderson was impressive at the combine and opposite of Xavien Howard would help form one of the better CB tandems in football.

With the 26th pick in the 2020 NFL Draft, the Miami Dolphins select…

These guys again? Having three first-round picks allows a rebuilding team to work on multiple areas. So with Tagovailoa tagged as the quarterback of the future and Henderson helping out the defense, the Dolphins can bring in the big 6-5, 319-pound Jones to shore up an offensive line that tied for the most sacks allowed last season (58). That’s not the kind of number you want to see if you’re about to hand over the reins at QB to an oft-injured player coming off a devastating hip injury — especially one you just invested a top-five pick in. Jones is tough to beat in pass protection and is very athletic for his size.

As we discussed in this week’s episode of Phinsider Radio, the Dolphins have to rebuild the offensive line this offseason completely. And although they have been linked to Free Agent guard Joe Thuney and may have an interest in Jack Conklin, there is still plenty left to desire. Josh Jones is a massive individual that showed the world what he was capable of at the Senior Bowl. Very few are as good as Jones in pass protection, and if Miami takes Tagovailoa as expected, they will have to fortify the offensive line.

What do you think of Todd McShay’s latest mock draft? Let us know in the comments section below.