When someone is at the top of their craft, it’s the work and dedication that keeps them there and drives them to continue improving.

For Miami Dolphins quarterback Tua Tagovailoa he is never fully happy with the work that he puts in. In the past, he’s stated that those traits come from his family, who pushed him to get better and be the best that he can be.

Before practice on Wednesday, Tagovailoa’s head coach, Mike McDaniel, said that Tagovailoa is hard on himself because he expects more. Then, after practice, the quarterback went a little deeper into that.

“I would say that being hard on myself has always been a trait,” Tagovailoa said. “And, I think for any competitor, that’s the way we’ve kinda grown to become as professional athletes. I think everyone’s hard on themselves to a certain extent, but for me, I know my capabilities, and so when I’m not playing up to it or living up to it, it gets frustrating. I think everyone on the team feels the same way when they don’t do their job the way they’re supposed to do it because overall, it either benefits the team or it doesn’t.”

While he’s hard on himself, he doesn’t see it as putting pressure on himself.

“I would say I never put pressure on myself, but it comes with the position,” Tagovailoa said. “Pressure’s always there playing this position and playing in the NFL. For any professional athlete, anyone can attest that it’s unadded pressure. We put that pressure on ourselves to compete every day, to be our best, to do things the right way consistently.”

Entering 2022, there may not be a player in the league with more to gain or lose than Tagovailoa. He’s heard the outside comments from talking heads, but they don’t seem to phase him.

“I don’t know any of those guys,” Tagovailoa said. “It’s that, what they have to say, good for them. That’s probably a good thing for them to say. They draw people for clickbait or, I don’t know, whatever that is.

Keeping distractions to a minimum is important. We all a little spark in Tagovailoa’s play last season after the trade deadline passed and there were no more conversations about Deshaun Watson taking his job.

With an improved offensive unit, Tagovailoa will do his best to silence his critics, even if he doesn’t hear them. 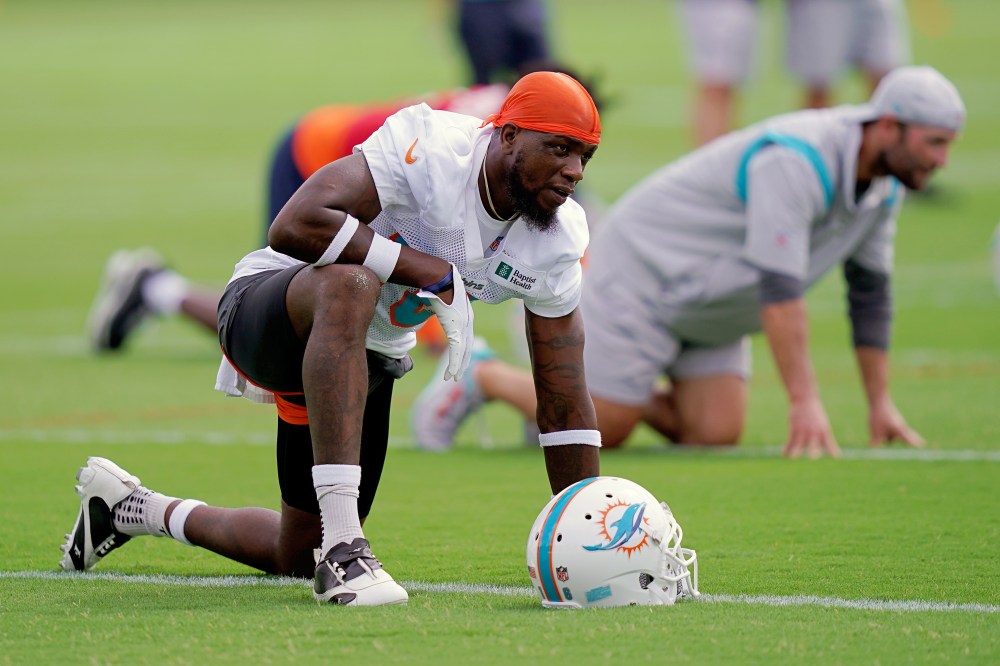