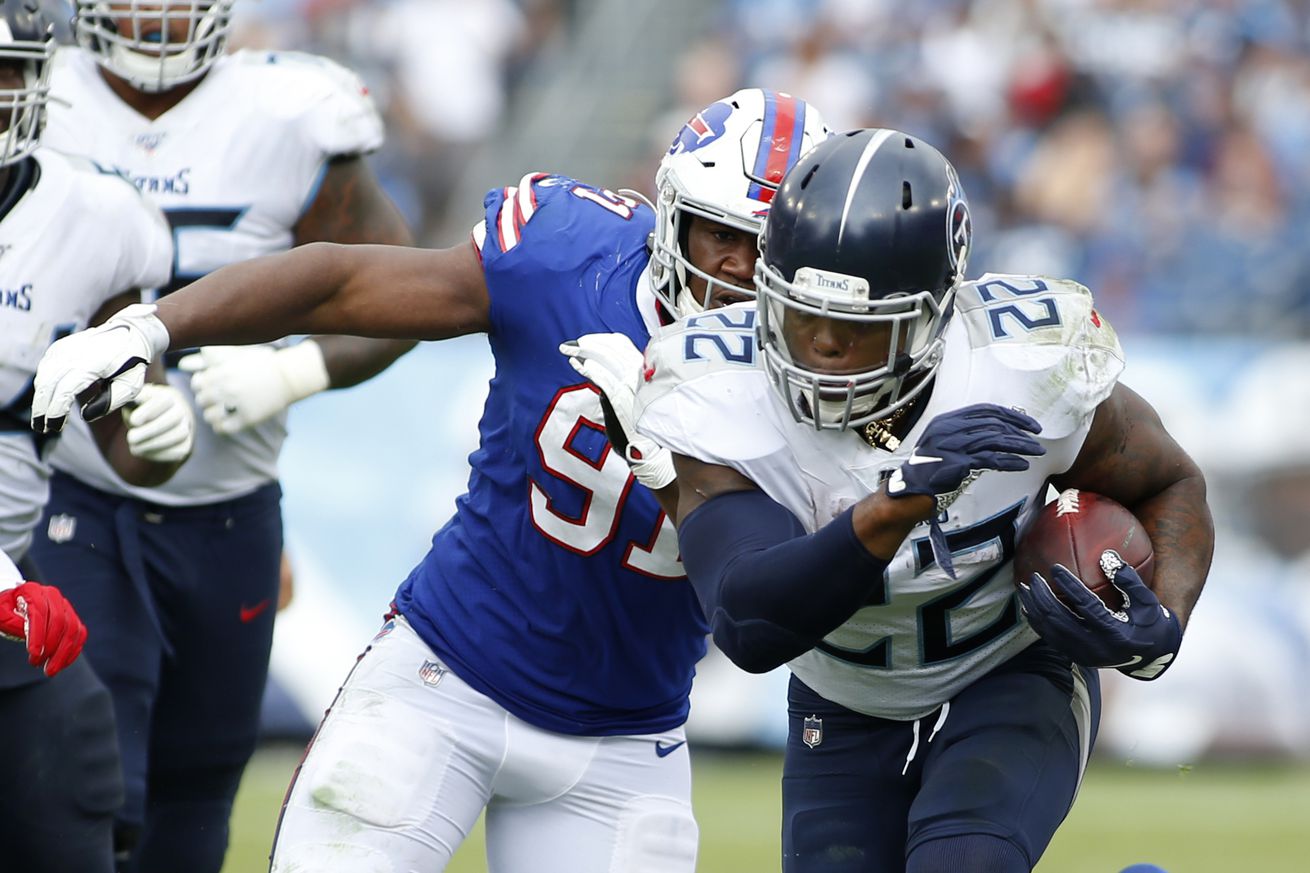 Tonight’s game, a Tuesday night affair, is of course not a day that any of us can remember watching a live NFL game. Now with Covid affecting more teams things like this, games on odd days and at odd times may become the norm, at least for the 2020 season. In this case it will be our AFC East foes, the Buffalo Bills traveling to take on the Tennessee Titans in Nashville. Up until now the Titans are the team that has had the worst break out of Covid but as of this morning the Titans Covid tests have all come back negative.

The Bills enter the game this week looking like one of the better teams in the NFL and perhaps the best of the AFC East now that the New England Patriots have seemingly taken a step back with Tom Brady now a Tampa Bay Buccaneer and many of their players opting out for this season under the leagues voluntary Covid opt out program.

Tennessee ended last season as one of the top teams in the AFC once they switched from Marcus Mariota to form Miami Dolphin Ryan Tannehill at starting quarterback. Between Tannehill playing as well as any QB in the league, ending the year with the highest QB rating in the league and the best running back in the game Derrick Henery, they were able to carry the team all the way to the AFC Championship game before being knocked off by the eventual Super Bowl Champion Kansas City Chiefs.

The Bills, statically on paper anyway, come into the game looking like the stronger of the two teams. The Bills are 4th in the NFL in yards gained offensively per game at 435 yards. The Titans are closer to the middle of the pack at 398.7 yards per game, ranking them 12th in the NFL. The Bills despite being in the bottom half of the league are also better defensively up to this point, holding their opponents to 381.25 yards per game, ranked 20th versus the Titans who are allowing 422.33 yard per contest, ranked 28th.

The Bills starting quarterback Josh Allen has also been better in his four starts verses Ryan Tannehill in his three starts thus far. Allen is averaging 331.5 yards per game and has thrown an impressive 12 touchdowns to only 1 interception giving him a QB rating thus far of 122.8. Allen also has 3 rushing touchdowns on the season giving him 15 in total in only those four games. Tannehill, who is still playing well, just not as impressively as Allen thus far has averaged 269.7 yards per game with 6 touchdowns to 1 interception for a QB rating of 105.1. Tannehill has yet to rush for a score this season. Neither quarterback has yet to lose a game up to this point in the season.