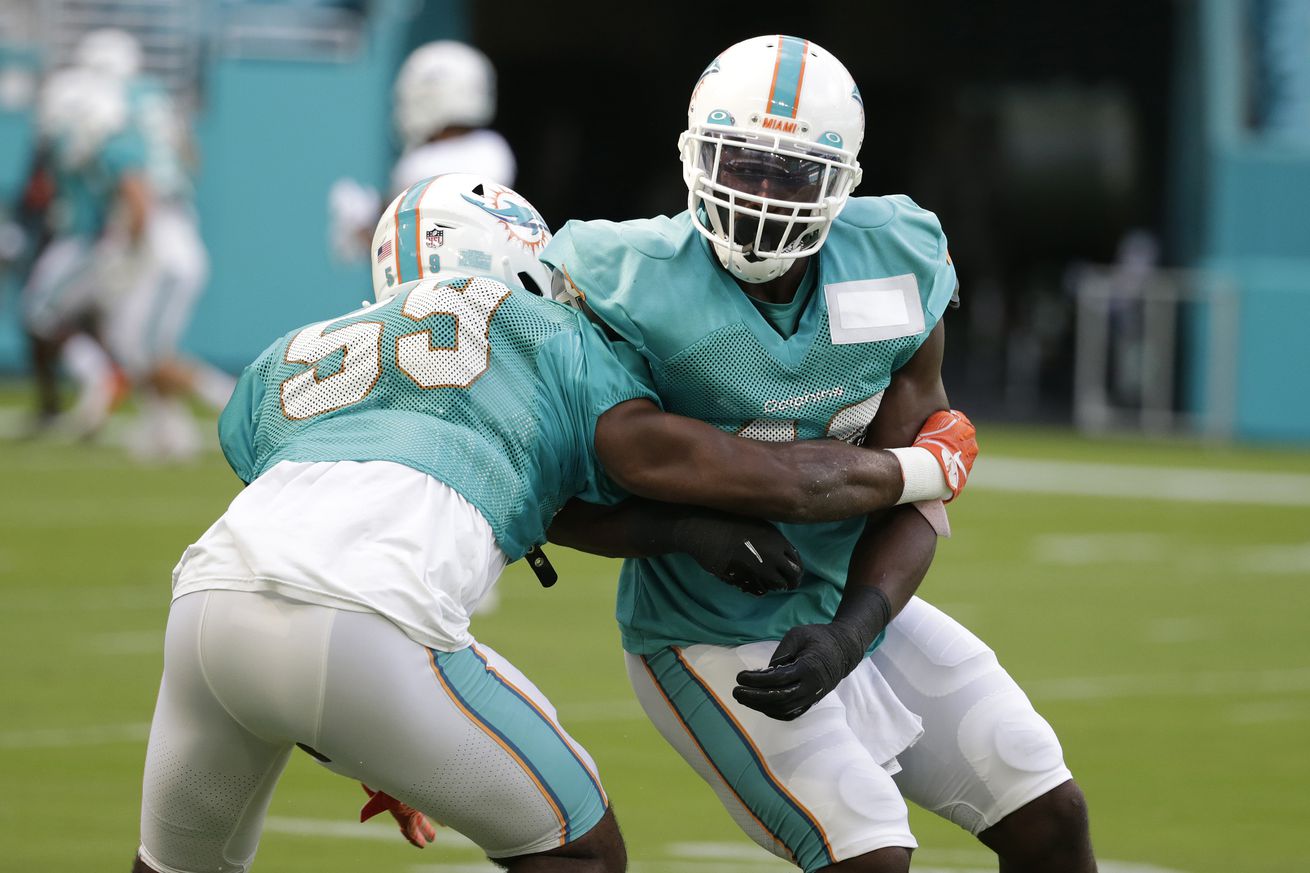 Whether it is breakfast or developing an offense in the NFL — balance is key.

As the Miami Dolphins begin to groom Tua Tagovailoa as the quarterback of the future, there is still uncertainty when discussing the team’s backfield, specifically at runningback. The Dolphins signed Jordan Howard to a two-year deal and traded for Matt Breida in what was deemed a busy offseason for the franchise.

There was no preseason to test out Miami’s new backs, but an understanding that Howard and Breida would be 1A and 1B come the season opener… How quickly things changed.

Halfway through the season, Myles Gaskin leads the team in both rushing attempts and yards, but is currently on injured reserve with a knee injury. Gaskin, a former seventh round pick, has been consistent, but it is clear the team needs help at the position.

With Howard struggling, 1.2 yards per carry, and Breida sidelined with his own injury, rookie Salvon Ahmed received his first action in Miami’s win against the Arizona Cardinals.

We’ve heard the clichés about taking advantages of opportunities in the NFL and Ahmed did that on Sunday, carrying the ball seven times for 38 yards in the win. In fact, he even out-snapped Howard 28 to 21.

It is important to keep in mind that Miami will certainly chase runningbacks this offseason (in the draft and free agency), but Ahmed did enough to show he is worthy of a closer look in coming weeks.

The Dolphins made a switch on the offensive line by moving Austin Jackson to left tackle and Jesse Davis to right guard, leaving Solomon Kindley as the odd man out on Sunday. We are unaware to what caused the shift, but it is certainly worth noting.

The first carry of Ahmed’s career came on second-and-8 with 13:09 remaining in the second quarter. The Cardinals load up the box with seven defenders, but Davis issued a strong kick-out block to open room down the middle, allowing Ahmed to shift and slide for a first down.

First carry as a pro went for eight yards, giving the Dolphins a first down. He looked clean shifting through defenders and most importantly — looked fast. pic.twitter.com/l6z4zqqLgX

Ahmed’s strongest trait is his speed and it was apparent from his first snap.

On the following play, which came on Arizona’s 35-yard line, offensive coordinator Chan Gailey decided to get Malcolm Perry involved on a misdirect that fooled absolutely nobody.

A defender makes contact with Perry five yards behind the line of scrimmage, but Perry tosses the ball to Ahmed, who gets back to the line.

Ahmed, while being spun around, is never completely brought to the turf and scurries for a four-yard gain. The Dolphins have struggled with yards after contact, but Ahmed maintains his balance and turns a loss of five into a gain of four.

I don’t know if it was due to injuries or Chan Gailey was rolling the dice but a flip from Malcolm Perry to Ahmed was good for four yards. Good awareness from Ahmed to gain a few extra yards at the end of the play. pic.twitter.com/cOhyCA2hIa

Gailey called his number for the third-straight play on second-and-6.

Mack Hollins swings around for a strong block as the Cardinals load the box with six defenders. Ahmed finds a hole up the middle, before bouncing outside for a gain of 19, giving the Dolphins a first down just outside of Arizona’s 10-yard line.

His third run was the biggest play of the afternoon for the rookie. He scrambled to the left and broke outside for a gain of 19. Three straight runs surely forced the Cardinals to adjust what they were doing and opened the passing game for a touchdown. pic.twitter.com/OQB8zbgtLq

Ahmed began his NFL career by moving the ball 30 yards in three plays, before Preston Williams closed the drive with a touchdown.

While his numbers weren’t off the charts, Ahmed flashed in his debut on Sunday and the Dolphins are yet to find the right fix for the rushing attack, averaging 97.1 yards on the ground a game — the league’s fifth-worst mark.

With speed and opportunity on his side, Ahmed’s first game was enough to warrant a closer look at the young back — at least for the remainder of the 2020 campaign.