Waking up on Monday this week is a lot easier than it was last week if you’re a fan of the Miami Dolphins. Miami dropped another agonizingly close football game in Week 4 to the (still) undefeated Seattle Seahawks with a road trip to San Francisco looming on the horizon in Week 5. That road trip? It went just about as well as anyone could have possibly hoped.

The Dolphins routed the 49ers by a score of 43-17, smashing up San Francisco’s defense and terrorizing the 49ers quarterbacks along the way. And now, the Dolphins will make an unplanned return home for a game against the New York Jets in Week 6 after some NFL schedule alterations. The Jets, who are winless at 0-5, feel like a strong follow up opponent for Miami ahead of their bye in Week 7.

But before putting Week 5 in the rear-view mirror, who had the biggest hand in Miami securing their second win of the season against San Francisco? 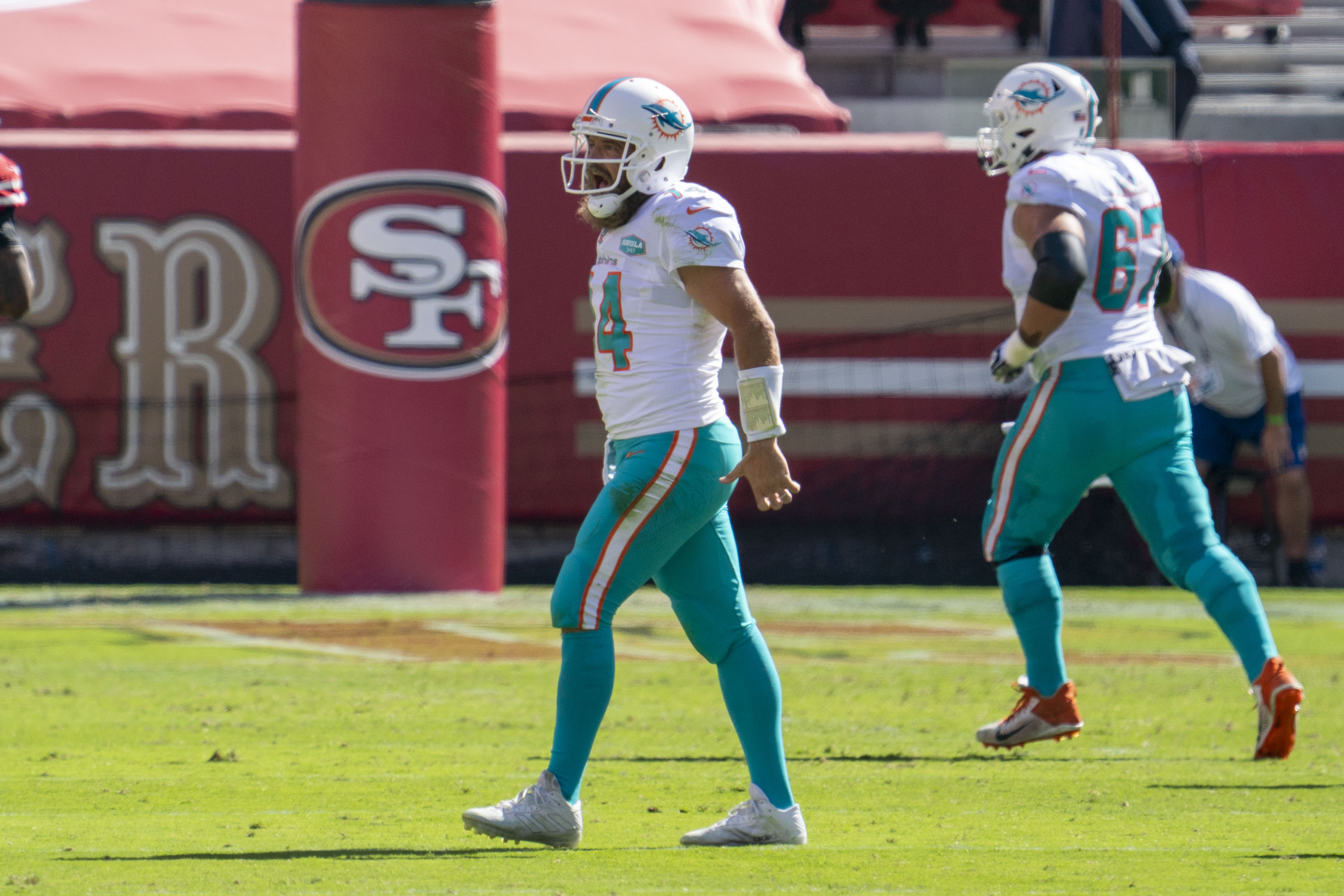 Fitztragic has swung the pendulum back to Fitzmagic. It shouldn’t come as too much of a surprise — this is the book on Ryan Fitzpatrick for over a decade and a half of football. But boy, when it clicks, it sure is pretty. Fitzpatrick channeled his play from Miami’s win over Philadelphia in 2019 — lofting up throws and letting his receivers make the plays in the air.

They did. And needless to say, Fitzpatrick prospered. Fitzpatrick’s performance logged the third highest quarterback rating of a Dolphins passer in any game in team history: better than any mark left by Dan Marino in a single game.

Needless to say, Fitzpatrick came up huge in Week 5.