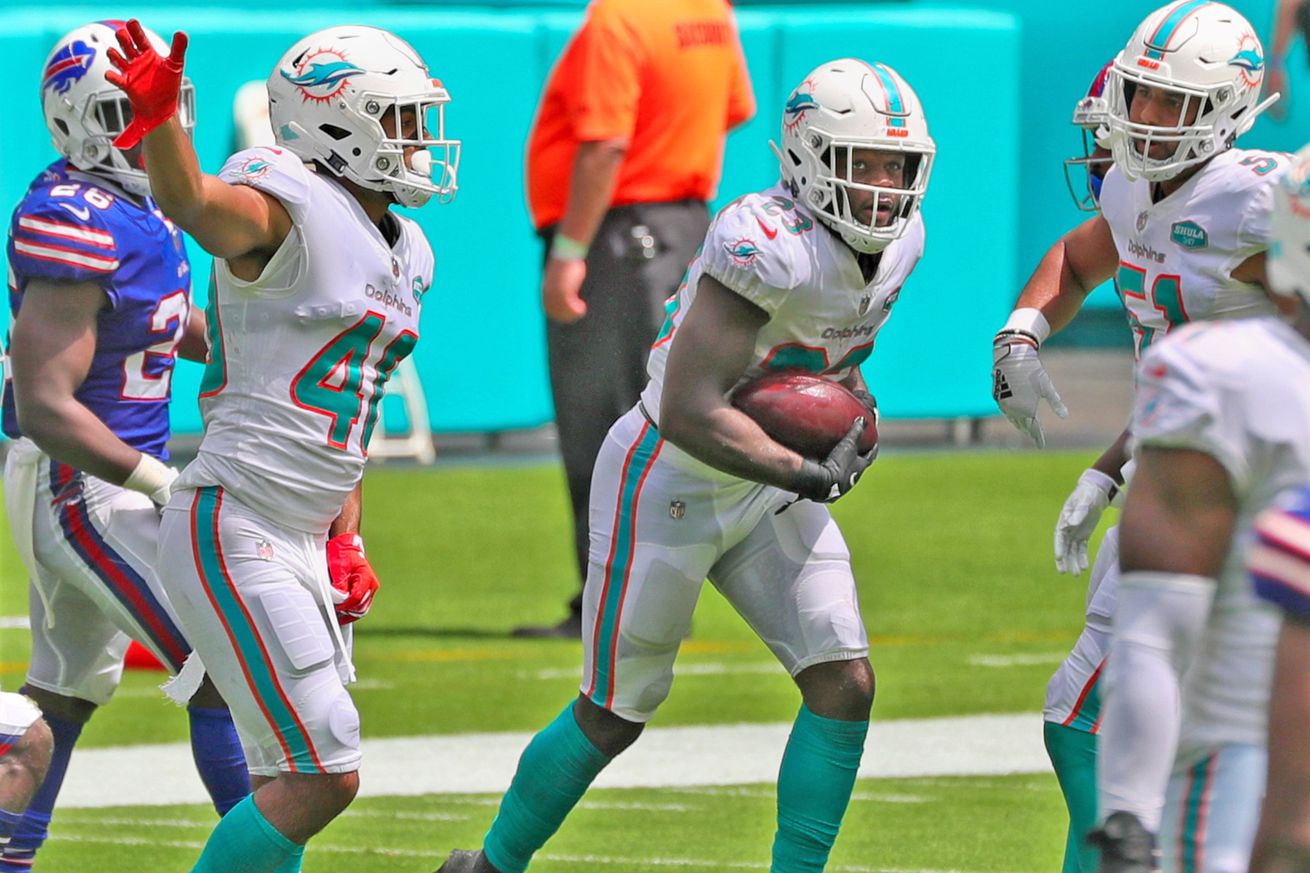 I’d like to start off today’s discussion with a show of hands. How many of us really, truly expected the Dolphins to beat the Buffalo Bills last Sunday? I don’t see a whole lot of hands going up. No surprise there. Yet, despite Miami having been in position to win the game in the fourth quarter, we’ve seen virtually nothing but scaldingly negative criticism about the team, the players, the front office and coaches since the game ended. And when I say that, I’m not necessarily referring to guys here on this site, although we certainly have our share of naysayers.

Some of the Dolphins’ most strident detractors recently have been members of the press, and I find their failure to acknowledge some of football’s most basic truisms, whether accidental or intentional, amusing, to say the least. I’ll give you an example of what I’m talking about. When prize free agent Byron Jones went out with an injury early on, that frequently left rookie corner Noah Igbinoghene in man to man coverage against Buffalo’s number one receiver, Stefon Diggs. Some of these ‘click magnet’ type guys wondered aloud why the Dolphins didn’t just shift veteran CB Xavien Howard to that side of the field, to facilitate easier matchups for Igbinoghene. As I’m sure defensive guru Blaze would probably tell you, it’s not that simple. You don’t up and move your right corner to the left side of the field, just because your left corner went out with an injury, especially when your guy who lines up on that side is recovering from a leg injury himself. All sorts of athletic moves, from the opening press, to planting and redirecting, become reversed, and at best, the guy you move might get beat even more than the rookie; at worst he might re aggravate the injury. Sure, Igbinoghene got torched a few times, but I was impressed that in just his second pro game, as the youngest player in the entire NFL, the team had enough confidence in him to put him out there on an island by himself against one of best receivers in the game. ’Iggy’ will be a thorn in the side of opposing quarterbacks sooner than later in this defense. I’m excited about this guy.

But no secondary can become a dominating unit without at least a competent performance by the front seven, and the Dolphins’ pass rushers couldn’t put heat on a statue standing back there the past couple of weeks. And although a lot of folks would have you believe that the Dolphins went on a spending spree and got absolutely hosed in signing edge rushers Shaq Lawson and Emmanuel Ogbah, according to OverTheCap.com, those two players are the 32nd and 38th highest paid players at their positions in the NFL, respectively. In other words, GM Chris Grier didn’t exactly break the bank bringing them to town. The Dolphins will have plenty of opportunities to acquire more talented guys this offseason, and I’m excited about that. Remember, this was always going to be a two or three year rebuild, not a one year quick fix.

Alright, I’d like to ask our readers to participate in a Q&A session about the Dolphins’ roster, salary cap, quarterback situation and upcoming draft. Of the 31 other NFL teams, and their fans, how many of them would not — would not — like to be in our position, instead of the position they’re in themselves? I say, that in the AFC East, only the Bills wouldn’t trade their position for ours. In the AFC North, what does Cincinnati have, other than Joe Burrow and an aging A.J. Green? Without the injury, our guy would very likely have gone before Burrow, or immediately after him. In the AFC South, Houston has stud QB Deshaun Watson, but, like the Dolphins, they’re 0-2, and just had to dump one of the best receivers in the league due to being in salary cap hell. Oh, and just for good measure, the Texans won’t be making a selection in next April’s draft until the third round, because the Dolphins have both their first and second round picks. I could go on, but you get the idea.

I know what you’re thinking: “Yeah, but if those teams would trade their roster and draft picks for ours, then that means our coaches and coordinators stink” No. What that means is that, with the second youngest team in the league — the youngest, if not for FitzRockingChair — and after only two games, no preseason games and an abbreviated training camp, our team, which has been largely turned over since the end of last season, simply needs time to learn how to play together. So, I’m excited about that. And speaking of coordinators, have we forgotten about the situation Brian Flores was in when the Dolphins hired him in February 2019? Let me remind you. Because Flores’ former team, the New England Patriots, played in the Super Bowl just a few days earlier, the Dolphins were the very last team in the NFL a season ago to fill out their coaching staff. Really good coordinators are almost as hard to come by as franchise quarterbacks, so don’t be surprised if the Dolphins have to fire both of these guys (Gailey may also just retire again) and hire two new guys again next offseason. So, yes, I’m excited about that, too. That’s the wrap for today, have a great week, everybody.