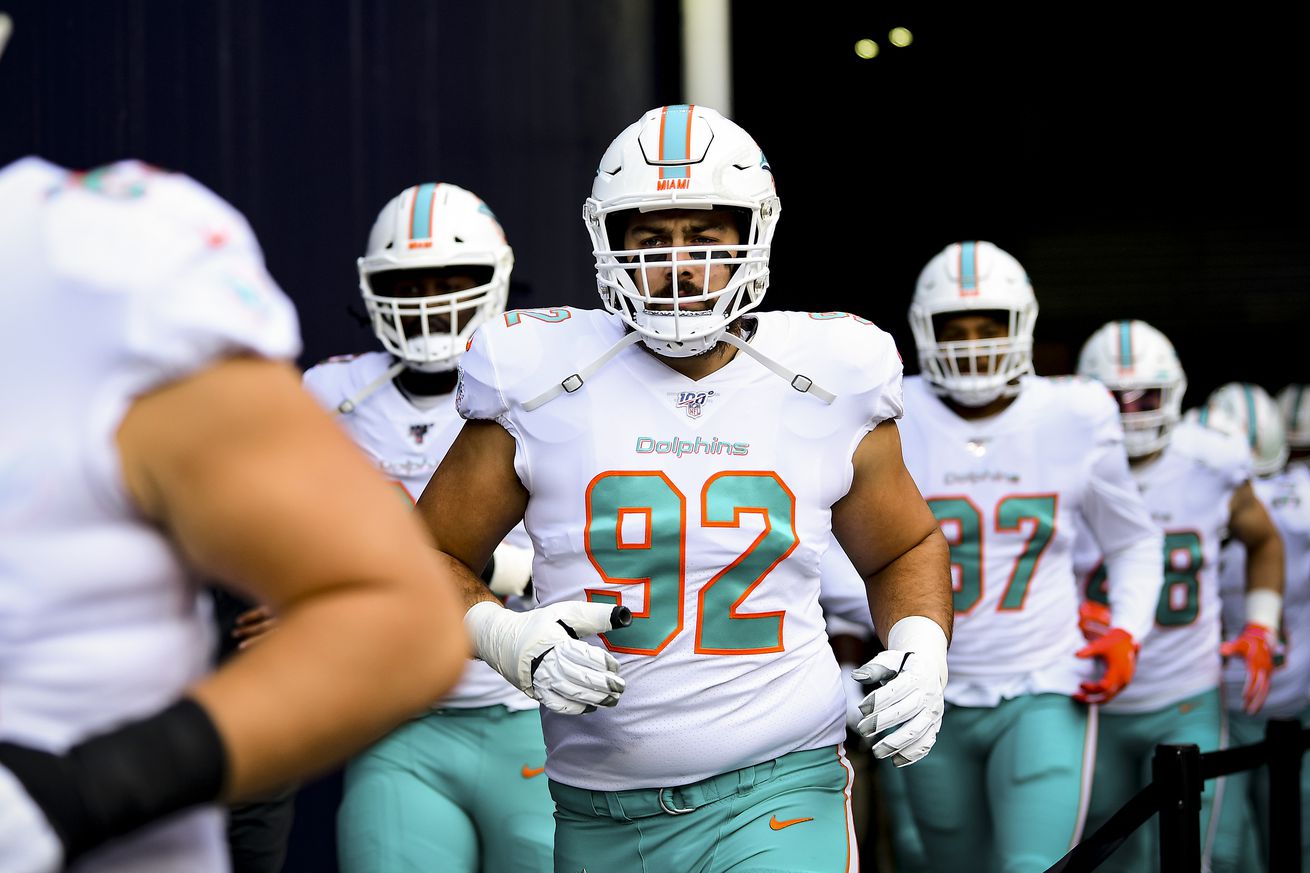 It seemed like only a matter of time before Dolphins defensive end Zach Sieler would be rewarded with a shiny new contract extension. Which is crazy when you think about where he was a year ago. Any team could’ve placed a claim on Sieler, but Chris Grier and Brian Flores chose to take a chance on him.

Today, the Dolphins rewarded Sieler for his hard-work and dedication both on and off the field. According to the team, Zach Sieler has reached a long-term deal with the Dolphins through 2023 season.

We have signed DT Zach Sieler to a contract extension through the 2023 season. pic.twitter.com/VGIYK2SzVu

What’s most impressive about Sieler is how well he’s practiced, prepared, and ultimately played when given opportunities. We all remember his game in Week 16 of last season vs Cincinnati. If not, here’s a quick refresher. Sieler finished the game with 7 total tackles, 2 pass defensed, and a sack.

dolphins DT @zachsieler was unstoppable on sunday, recording 1 sack, 2 QB pressures, 7 total tackles, and 2 PBUs. the 24-year old was claimed off waivers 2 weeks ago and has made an immediate impact since joining the team.

here’s a look at his dominant performance vs cincinnati. pic.twitter.com/DOYYksLvTM

However, what you’d like to see most from a player from one year to the next is growth. And that’s exactly what Sieler has shown early on in 2020. Through nine games, the 25-year-old defensive end has tallied 26 total tackles (13 solo) and 1.5 sacks.

But it’s about much more than what the numbers say. Sieler opens things up for the guys around him. Best of all, he’s getting better every week. But don’t take my word for it, just ask Miami’s leading pass-rusher Emmanuel Ogbah.

“zach’s a dog, he’s a hard-worker. we love it when he’s out there. he’s stepping up big for us. every time i’m back there i see him too. i’m happy with how he’s come since training camp. he’s getting better every week. “emmanuel ogbah on zach sieler

Yesterday vs. the Los Angeles Chargers, Sieler was asked to shoulder a larger role with Christian Wilkins out of the lineup. And he did just that. Sieler was all over the field, and even put a big hit on former Dolphins running back Kalen Ballage.

I don’t know what this means for Miami’s defensive line moving forward. I would have to think they are very pleased with Christian Wilkins, Raekwon Davis, and Zach Sieler, We also saw Jason Strowbridge and Benito Jones show up a few times on Sunday.

Truth is, there’s a lot of young, hungry players on Miami’s defensive front. And as we learned with Zach Sieler, hard work pays off.

We just now need to know whether or not he plans to move out of his RV, and into a much fancier establishment—much like he did when he took over the starting job earlier this season.

Sieler’s best football is still ahead. And I like, many, look forward to watching him attack opposing quarterbacks for the foreseeable future.

Sieler said even with his raise, he’s not getting a new RV — and plans to still live in his old one.