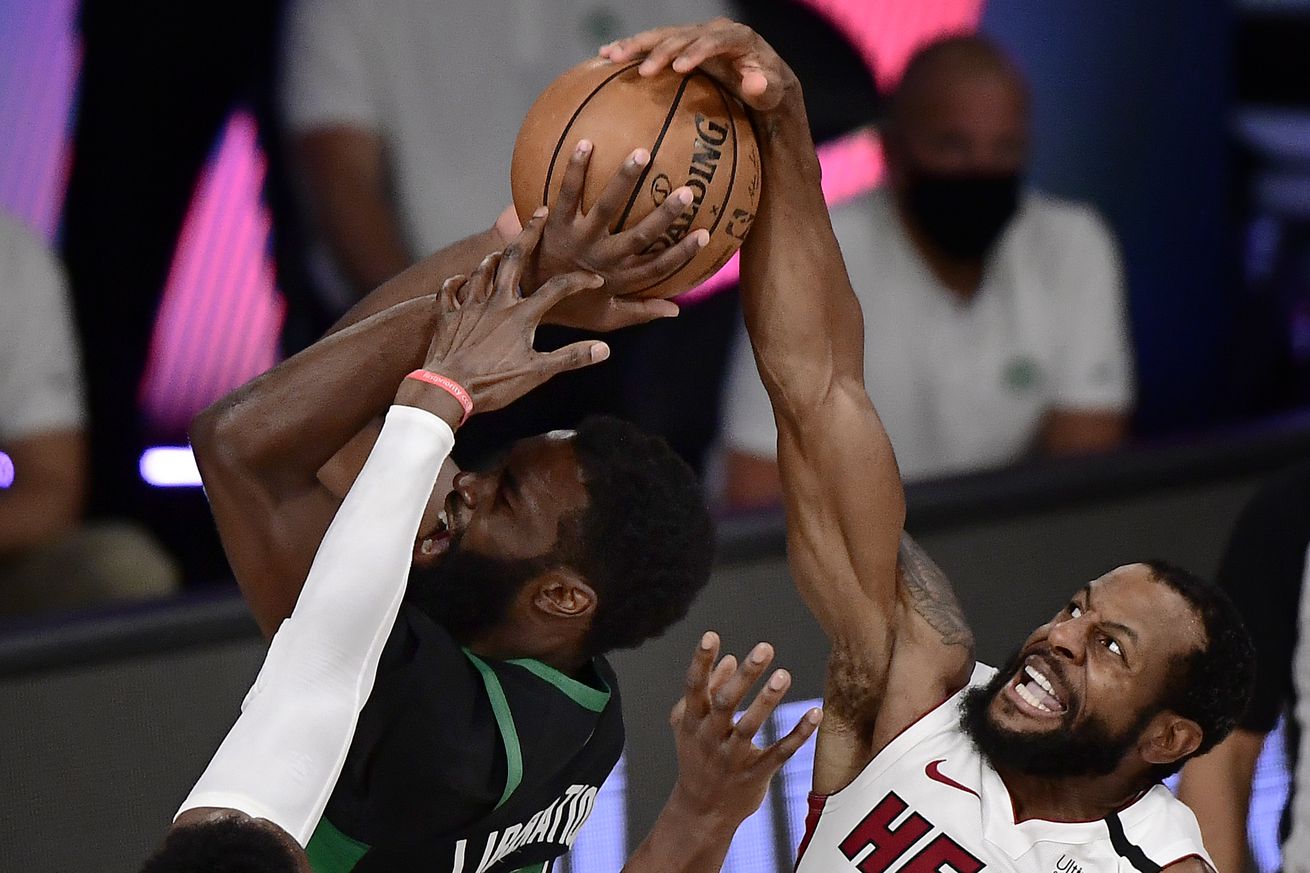 Iguodala has suffered from back spasms that kept him out of the last two second halves.

Andre Iguodala made key contributions in the Miami Heat’s first two series wins. Against the Indiana Pacers, Iguodala played in the Heat’s crunch time lineup and made timely winning plays.

Who saw this coming? pic.twitter.com/RrkMyc52EG

Although Jae Crowder took his spot in fourth-quarter lineups against the Milwaukee Bucks, Iguodala still played smart defense on Giannis Antetokounmpo. In Miami’s Game 5 clincher, Iguodala was part of a Heat bench unit that overcame an early deficit and finished with seven points, five rebounds, two assists, two blocks and a steal in 17 minutes. His defensive instincts are still second-to-none.

Andre Iguodala still has LETHAL hands. We have seen this countless times in his career pic.twitter.com/uJdpHI38lM

But the three-time NBA champion has missed the second half of the Heat’s last two games with back spasms.

Andre Iguodala just said “you don’t want to be a detriment to the team,” when asked about the back spasms, that kept him out of the second half Game 2 vs. Celtics and then with him sitting out the second half of Game 3.

And for the Heat, that’s been a problem. With Iguodala ailing in Game 3, Erik Spoelstra was forced to play Kendrick Nunn in the second half. Nunn didn’t offer anything offensively and even committed a senseless foul on Jayson Tatum as the Celtics wing rose for a breakaway dunk. Nunn made All-Rookie First Team, but his production has cratered in the bubble.

Aside from Nunn, Iguodala’s absence also forces Spoelstra to play Derrick Jones Jr. more than necessary. Jones brings value to Miami on the defensive end of the floor with his length, but he isn’t an offensive threat. Neither Jones nor Iguodala is much of a 3-point threat, but Iguodala offers a bit more versatility with his ability to hit the mid-range shot.

Due to ESPN airing Monday Night Football, Game 4 of the Eastern Conference Finals won’t be until Wednesday. Getting the 36-year-old Iguodala healthy for that game would provide a big help for the Heat.