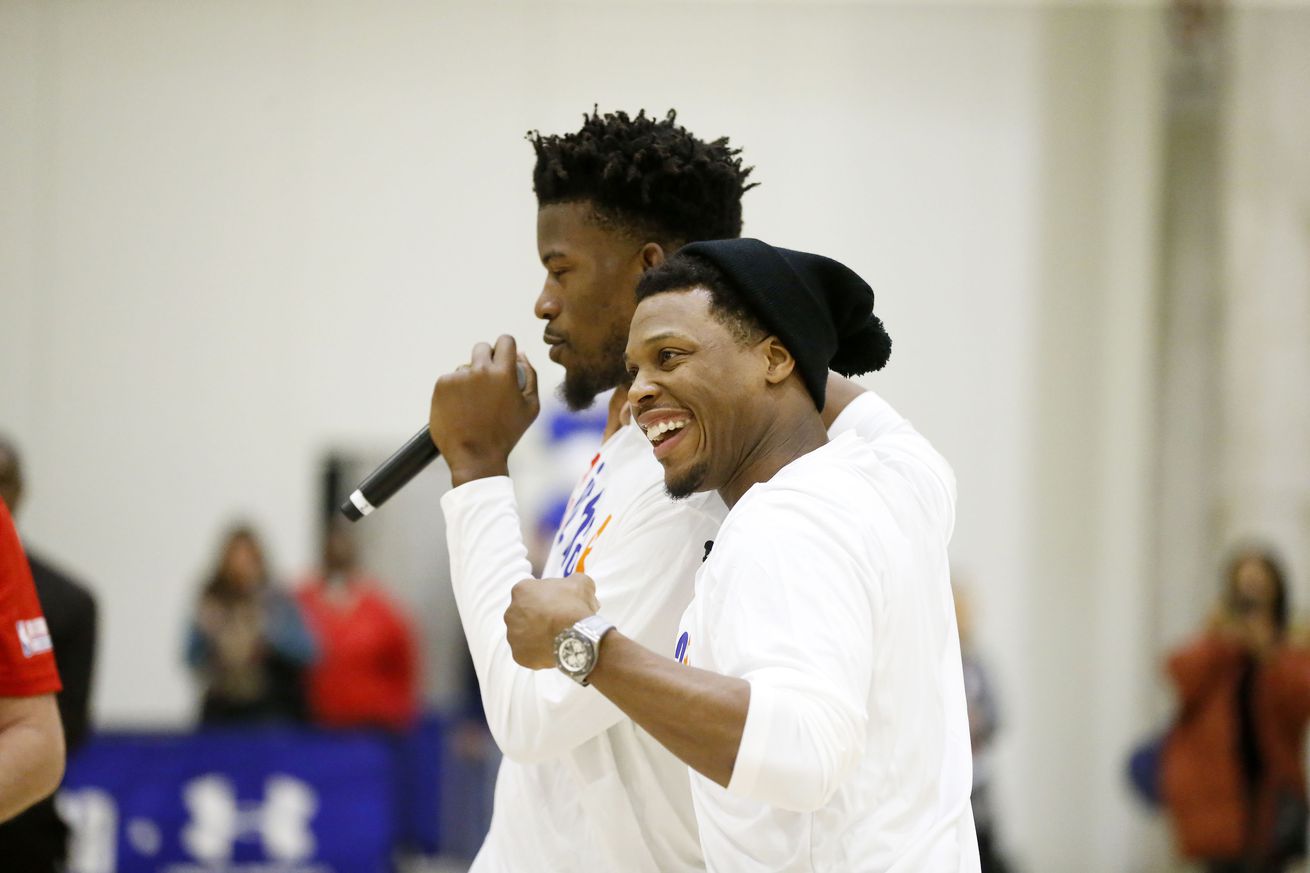 Toronto Raptors and Los Angeles Clippers showed what the NBA playoffs are really like.

Danger lurks for the Miami Heat after going 8-1 in the first two rounds of the 2020 NBA Playoffs. Victories by the Los Angeles Clippers and Toronto Raptors were wake-up calls for anybody who believes talent alone guarantees a championship.

“Kawhi Leonard and the Los Angeles Clippers used their length and intensity for a dominant defensive effort and 96-85 win over the Denver Nuggets in Game 4 of a Western Conference semifinals series.”

Meanwhile in the Eastern Conference the Raptors needed two overtimes to overcome the more talented Boston Celtics team and force a game seven. Some on twitter even described coach Nick Nurse as an “evil genius” who provoked Jayson Tatum into a crucial turnover late in the game.

Technically though touching the black line on court is considered out-of-bounds. Here’s another angle.

“Did Nick Nurse just bait Tatum into that pass lol”

Welcome to competing against the Raptors in the playoffs.

YOU BETTER UNDERSTAND THE GRIND pic.twitter.com/03Qh18wvFJ

“YOU BETTER UNDERSTAND THE GRIND”

Then Nurse goes old-school to seal the game as he clears the floor for Kyle Lowry to go one-on-one against Kemba Walker.

No wonder Lowry and Jimmy Butler are best friends.

“Coach believes in us and what we do” pic.twitter.com/iIkwhRW1WK

“Coach believes in us and what we do.”

The Celtics weren’t supposed to lose with a lineup featuring Tatum, Walker, Jason Brown, Marcus Smart, Daniel Theis. On paper they have much more talent than the Raptors, but then games aren’t won on paper. Next the Heat will face either a more talented team or one coached by an “evil genius.”

While the Heat defeated teams using traditional methods coming up the players and coaches go to another level. Coaches don’t reveal their best plans during the regular season as explained The Raptors saved their season by changing strategy on the fly to force Game 7 against Celtics.

“For Raptors Coach Nick Nurse, the key move was to go small for the stretch run, benching two decorated veteran big men and turning to OG Anunoby, a 23-year-old small forward who stands 6 foot 7, as his center.”

Marc Gasol started the game for the Raptors, but then who closes may turn out to be a different story.

“As this series unfolded, Nurse reduced Gasol’s role and turned more often to [Serge] Ibaka, who is better equipped to handle the Celtics’ numerous perimeter playmakers. With Toronto in another tooth-and-nail fight with Boston, Nurse went away from both in Game 6 by shifting Anunoby into the middle with eight minutes remaining in the fourth quarter. That move allowed him to insert reserve guard Norman Powell into his closing five alongside forward Pascal Siakam and guards Kyle Lowry and Fred VanVleet.”

Afterwards Nurse revealed in a matter-of-fact manner that the best coaches don’t show all their cards during the regular season. Translation: “I’m not giving something away for nothing.”

“The thought process going in was about three games in the making,” Nurse said afterward. “I’ve been talking about doing it and getting to it for a long time. I had just never found that or pulled the trigger until we got way down the other night.”

“We’re at a stage where the stakes are super high,” Nurse said. “Only good teams can win at this stage.”

The Heat don’t know yet who will face next week, but rest assured to expect the unexpected. Winners don’t tell anyone their plans.