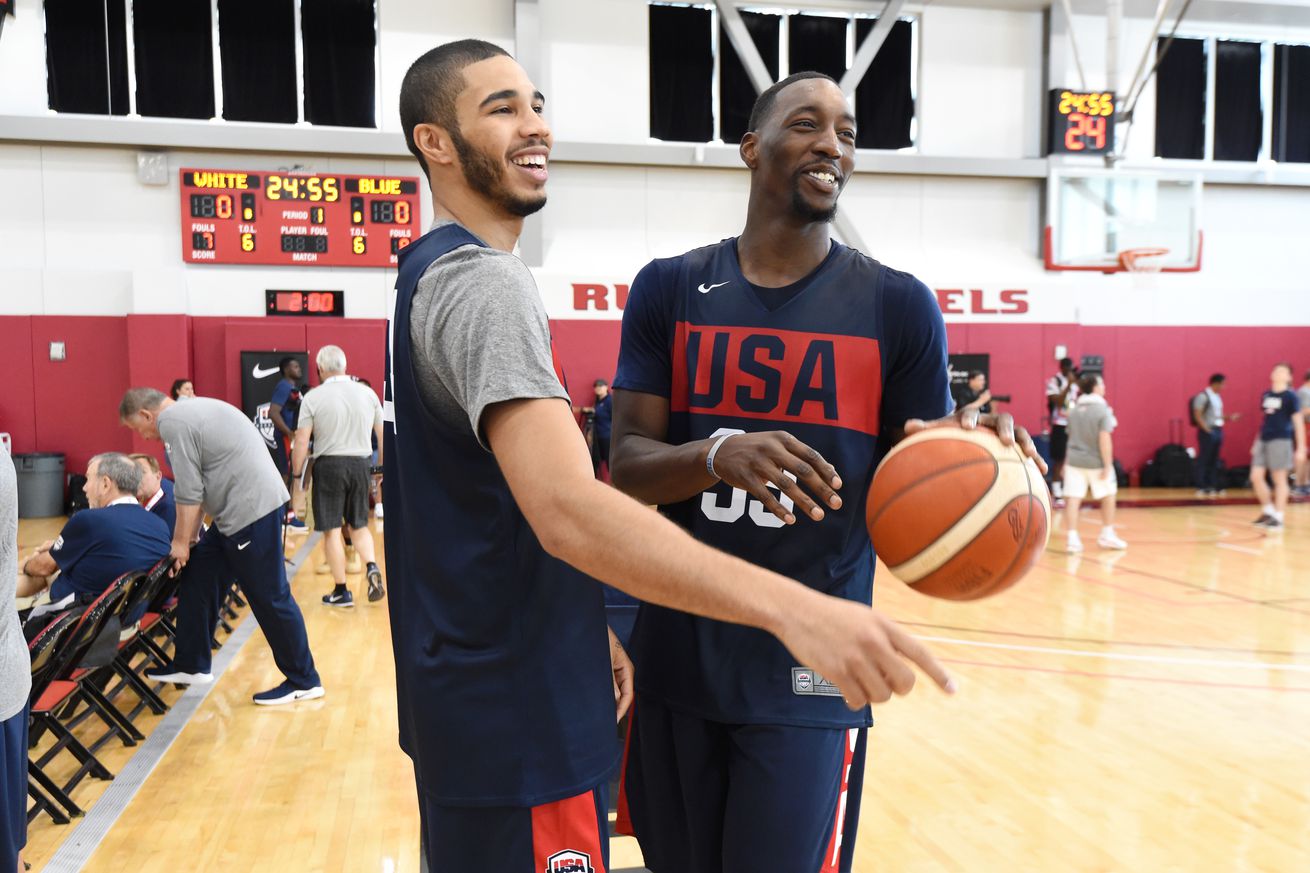 Four Boston Celtics were selected for Team USA, now Adebayo and Heat face them on the big stage.

Last summer Bam Adebayo of the Miami Heat was cut from the USA Basketball senior roster in favor of Derrick White and Marvin Bagley III according to ESPN, “After the game, USA Basketball managing director Jerry Colangelo announced Thaddeus Young and Bam Adebayo had been cut from the senior roster. Select Team members Derrick White and Marvin Bagley III were promoted to the senior roster and will join the team next week when training continues in Los Angeles.”

The 12-man World Cup roster included four players from the Boston Celtics: Jaylen Brown, Marcus Smart, Jayson Tatum and Kemba Walker. Can Adebayo and his Miami teammates right the wrong from last summer? Which team will represent the Eastern Conference in the NBA Finals?

A causal look reveals Celtics defeated the Heat in two of their three meetings, which is good. It always helps when an opponent underestimates his foe. Meanwhile the Celtics boast a talented crew headlined by Tatum, who had impressive outings against the Philadelphia 76ers in the first round.

Although slotted into the power forward slot, at 6’8” tall and 210 lbs, he’s the same weight as Derrick Jones Jr., who’s listed at 6’6” and 210 lbs with a 7’ wingspan. Although on the light side for a forward, Tatum butters his bread as an elite jump shooter from distance. The video shows Tatum does best off the dribble, which doesn’t always work well in the restricted area or corners as shown by numbers from NBA Stats.

Adebayo didn’t get an opportunity to showcase his talents last summer. Now he’ll be on the big stage with the Heat to prove doubters wrong about him and the team.