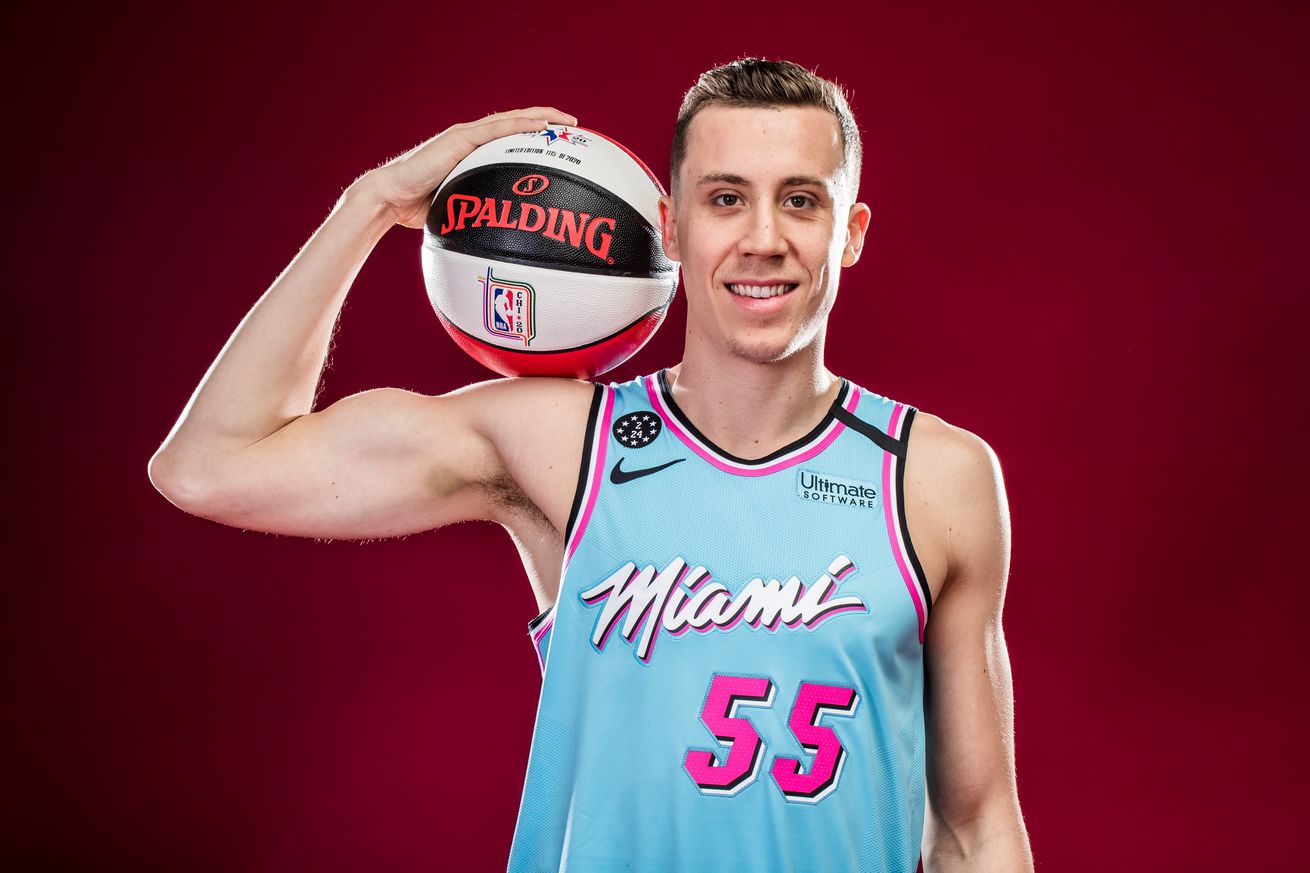 The Miami Heat’s all-time three record will be his soon, but there is more to come.

Duncan Robinson is on a historic streak shooting three-pointers for the Miami Heat.

After last night’s burst of 9 three-pointers, Robinson is on the verge of breaking the Miami Heat’s franchise record for most three pointers in a season. He has 225, and the record is 227 by Wayne Ellington. Robinson has 20 games left in the season.

So he is more than likely going to smash that record.

So…he isn’t a secret anymore…he’s actually not just landing on the Heat’s record books, but in NBA record books. Although he does have some competition because James Harden currently has 261 three-pointers made this season.

All of that to say that he is going to set the mark for shooting.

And all of that to say, Duncan really likes the three-point line. So much so that 505 of his 574 FGA are from three. That’s 88%. And the crazy thing about it all is that teams know this…at least the good ones.

The Milwaukee Bucks made it their entire game-plan to keep Robinson from getting open threes. That’s not easy because he has become masterful at moving without the ball — looking like Ray Allen or Reggie Miller moving off screens looking for the right space. Bam Adebayo has worked tirelessly with Duncan on the dribble-screen handoff, and Robinson has nearly perfected the gather and two-step set to get enough room.

If you took a poll on NBA players and asked who Duncan Robinson was coming into training camp, I would say probably 70% of the league didn’t know who he was. — Erik Spoelstra

But not everyone pays that close attention to him. And he makes them pay. “If you took a poll on NBA players and asked who Duncan Robinson was coming into training camp, I would say probably 70% of the league didn’t know who he was,” Heat coach Erik Spoelstra said. If they don’t know, now they know.

He doesn’t need more room, time, or proximity to the basket to get his shot off. Check out the highlights of his barrage from last night.

And it’s been really good for the Heat to have someone that takes so much attention and detail to stick to because it gives space to Jimmy Butler and Bam Adebayo to do what they need to do.

He appeared in only 15 NBA games last season, making only 10 threes. Now, he’s a game away from Miami Heat and NBA history.