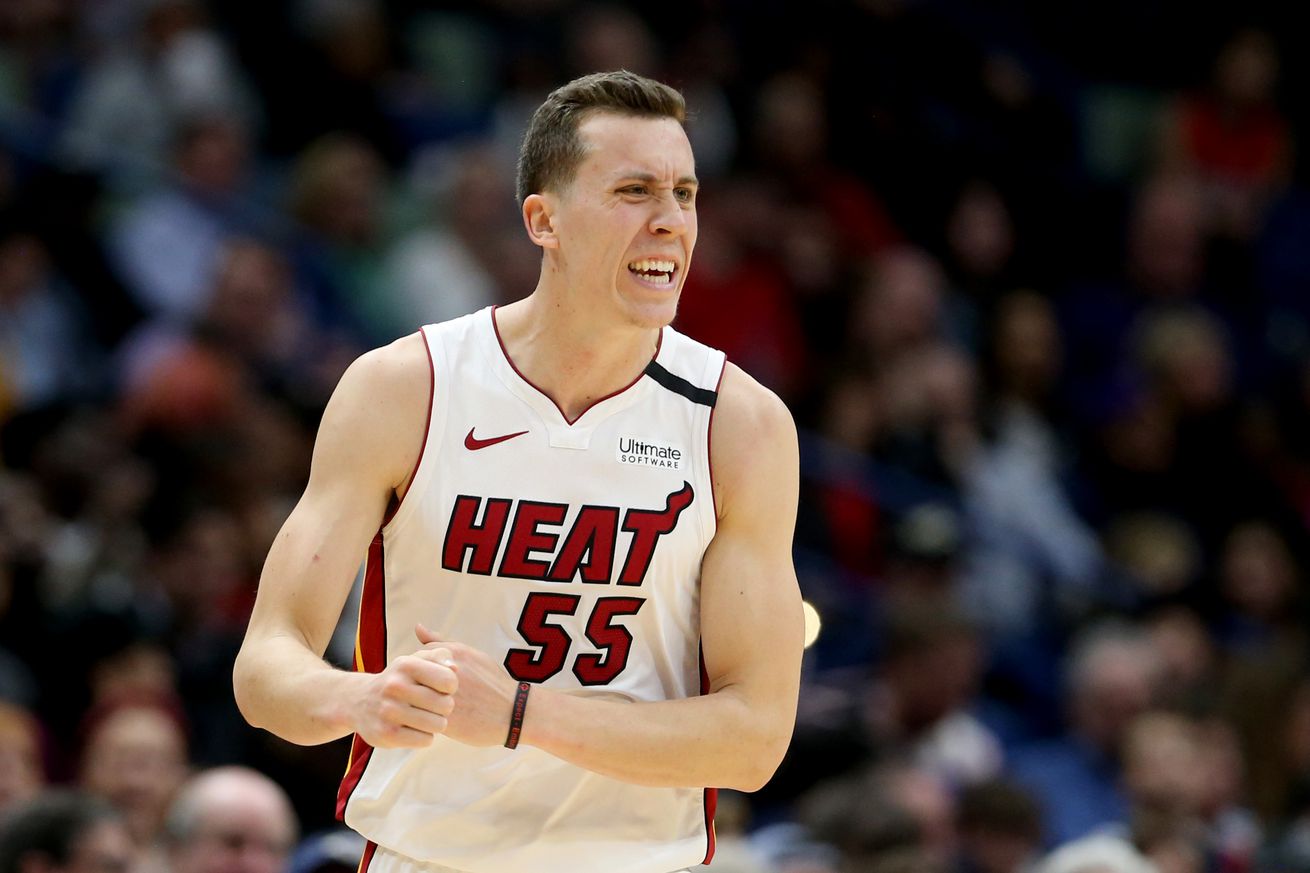 Robinson already is known as a great floor spacer, but there may be another layer to his game.

Erik Spoelstra, the head coach of the Miami Heat, said this about Duncan Robinson, “It’s not just about him hitting threes….He has really helped expand our offense.” There may be yet another arrow to draw from Robinson’s quiver, the pick and roll.

Turns out that among qualifying players Robinson is the only who sports a 100 percentile rating with a remarkable Points Per Possession of 1.63. In his 16 possessions he’s the only one with an EFG% over 80%, 80.8% to be exact per Synergy stats.

The top players normally seen as Pick & Roll Ball Handlers have significantly lower PPPs, such as 1.14 for Damian Lillard, 1.09 for Kemba Walker, 1.09 for Chris Paul. Robinson’s 16 possessions is certainly a tiny micro sample, but P&R stat suggests a coupling of his 3-point prowess with his ability to finish at the rim where he leads the Heat with an 81.6 FG%.

Of course Robinson’s shaky ball handling is a work in progress at this point in his career. Even if the numbers are great it’s too late in the season to put any serious amount of work perfecting the complexities of the P&R. That’s best suited for this coming off-season, which hopefully will be brief due to deep playoff run.

Robinson’s ability to score from the perimeter and at the rim makes Spoelstra’s words a glimpse into further possibilities for Robinson. A forward normally is not a pick & roll ball handler, but Luka Doncic is fourth behind Trae Young, Lillard and Donovan Mitchell as P&R ball handler with 660 possessions. Any possession with a 1.63 PPP calls for further scrutiny to exam its validity.