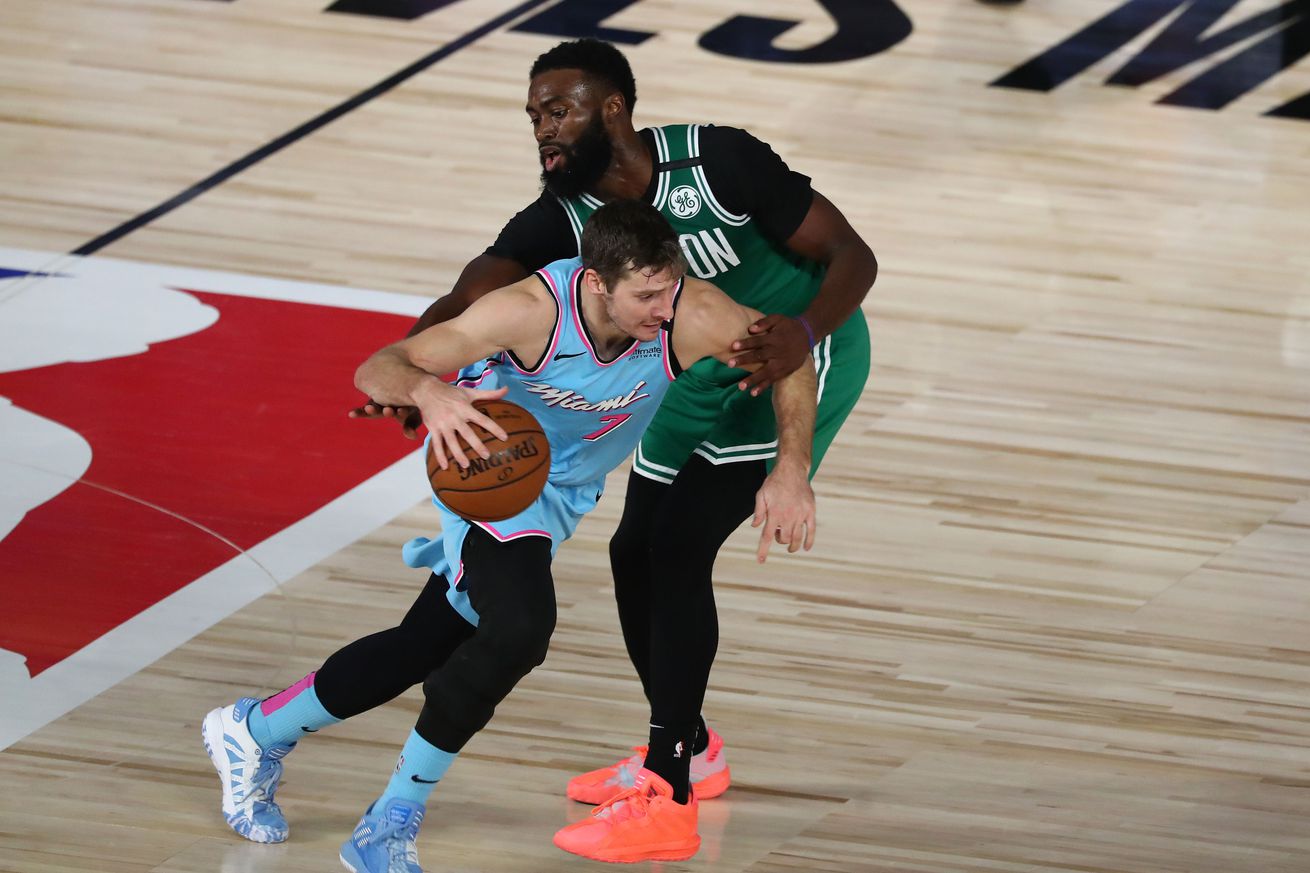 Gordon Hayward has been ruled out for tonight’s game.

A week after dispatching the top-seeded Milwaukee Bucks in Game 5, the Miami Heat are back on the court. For the first time since 2014 — the last year of the Big Three era — Miami is in the Eastern Conference Finals. And they face their opponent from 2012’s conference finals, the Boston Celtics.

The Heat struggled after LeBron James left and then Chris Bosh suffered career-ending blood clots. Miami underwent a one-year rebuild to go from the lottery last year to the NBA’s final four this season. But this postseason marks the third time in the last four years that the Celtics have reached the conference finals.

The fifth-seeded Heat are slight underdogs against the third-seeded Celtics. For Boston, Gordon Hayward has been ruled out for tonight’s game. Rookie center Chris Silva is the only player listed as out on Miami’s injury report.

Heat enters the Eastern Conference finals as a slight underdog.

The game will air on ESPN, starting shortly after 6:30.