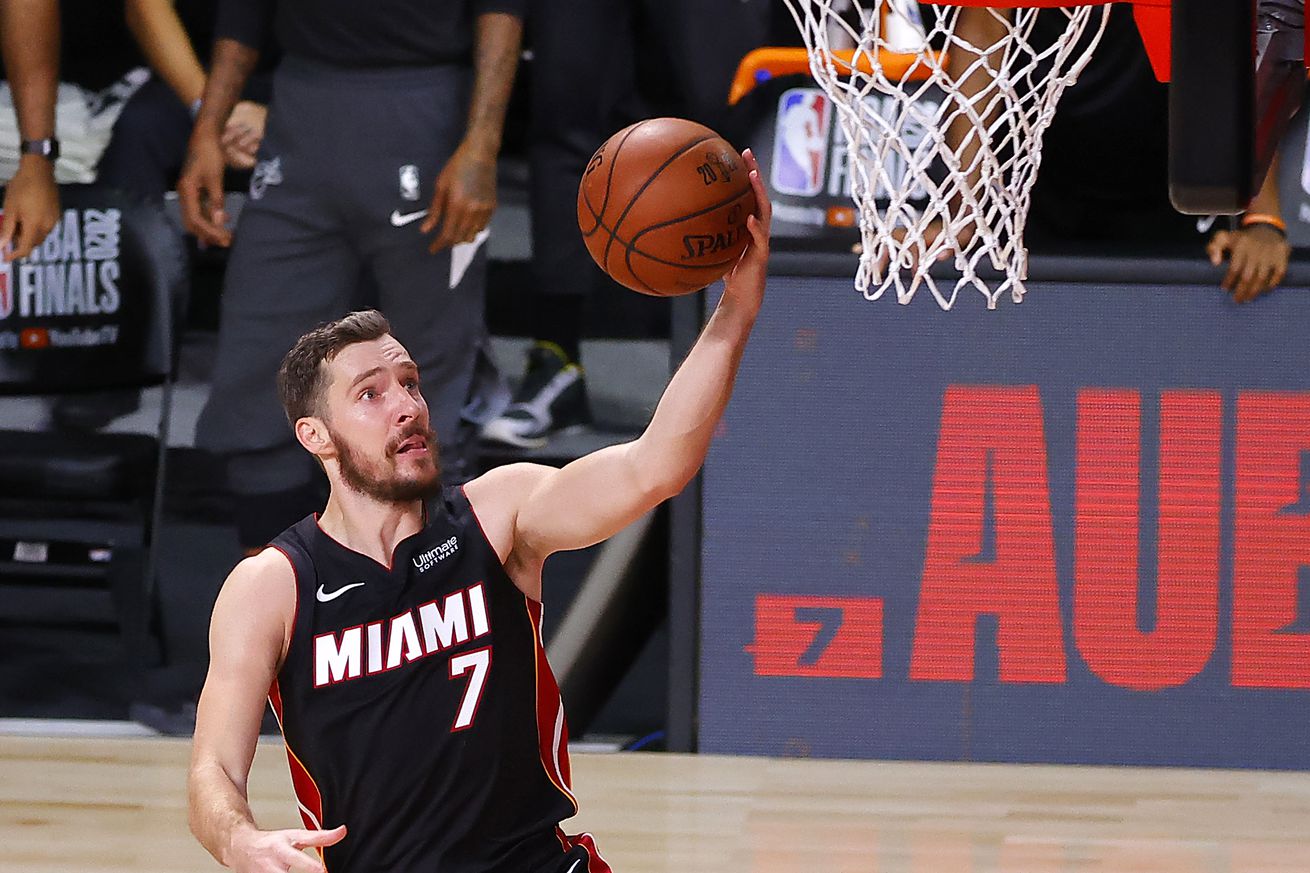 Impending free agent Goran Dragic spoke with The Athletic’s Shams Charania recently about his future plans. And to no one’s surprise, he said the Heat “were great to me and we’ll see. Hopefully we can make a deal.”

Goran Dragic sits down on @Stadium: Leadership and sacrifice, revealing he is now fully recovered from the plantar fascia tear he suffered in the Finals, desire to stay in Miami while listening to offers in free agency and more. pic.twitter.com/k3IY8JoaNI

Dragic said that he is open to exploring other options, but it’s difficult to see many NBA teams offering contracts that would outweigh Miami’s offer. Back in March, the Miami Herald’s Barry Jackson reported that “an associate of Dragic expects a large one-year offer from Miami.”

The Heat’s leading scorer in their first round sweep of the Indiana Pacers also told Charania that he has completely healed from the torn plantar fascia injury that he suffered in Game 1 of the NBA Finals. Assuming the Heat re-sign Dragic, that’s good news for Miami. The 2020-21 regular season will start a little over two months after the Finals concluded.

Although Dragic started for Miami during their playoff run, Erik Spoelstra may go back to using him in the sixth man role. He’s 34 years old, and the Heat need to conserve his minutes for the playoffs.

Dragic has been with the Heat since they made a trade deadline acquisition for him back in February 2015.