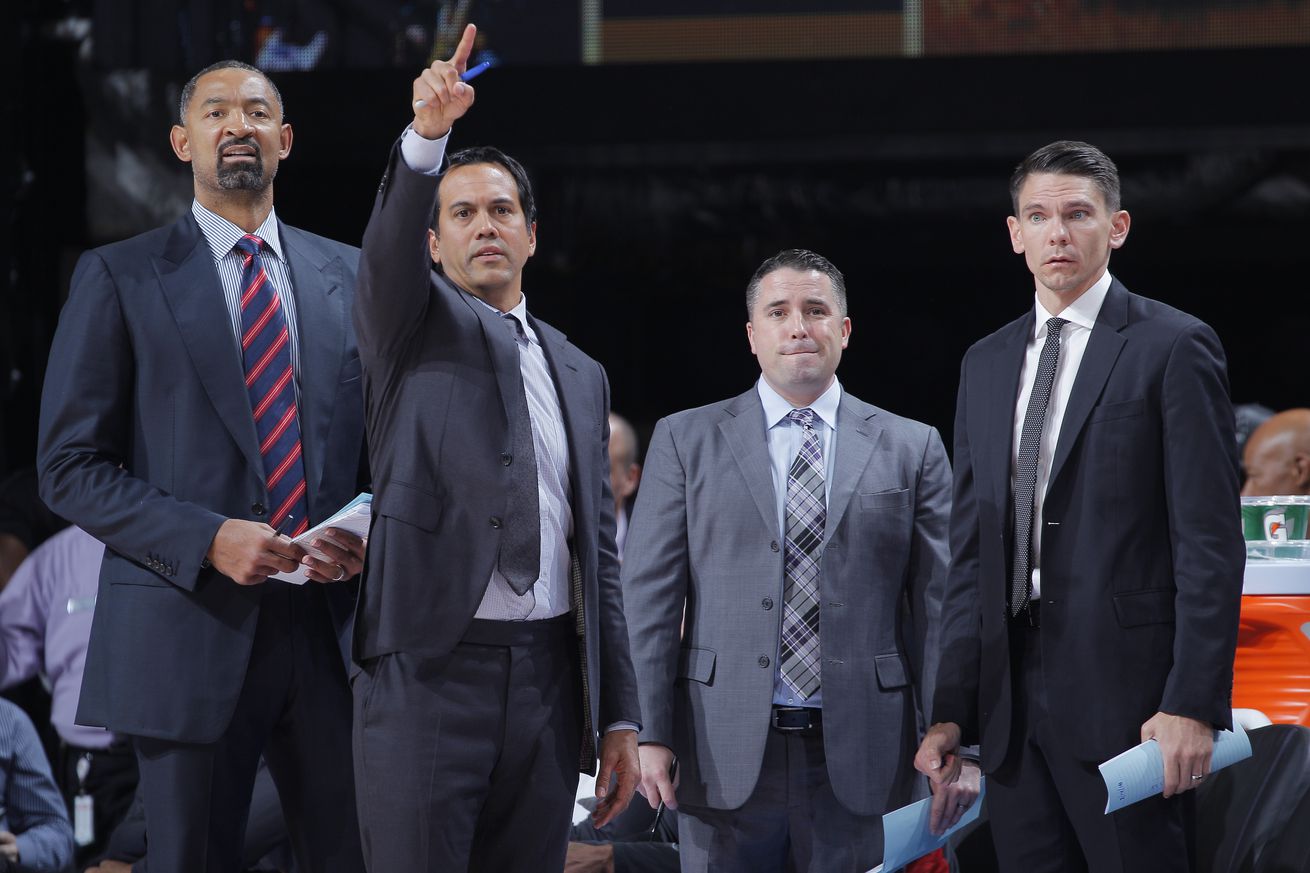 Sources: Chris Finch is considered the frontrunner to be the next Pacers head coach. Finch has been with the Pelicans since 2017.

Heat assistants Chris Quinn and Dan Craig will interview with Indiana next.

Chauncey Billups and Dave Joerger previously had convos with Indiana.

The previous head coach for Indiana, Nate McMillan, was fired after Miami swept the Pacers in the first round of the playoffs.

The news immediately led to some speculation on Twitter that if Craig or Quinn get the job, they could vouch for Kendrick Nunn in a potential trade for Victor Oladipo. The Heat have long been rumored to have interest in Oladipo, who will be in the last year of his contract next season.

Need Quinn or Craig to get hired and vouch for Nunn https://t.co/NcnGcVfnKf

Craig just completed his fourth season as Erik Spoelstra’s top lieutenant. In December 2019, he coached a game at the Boston Celtics that Spoelstra missed for the birth of his second son.

While Duncan Robinson explains how much he appreciates Chris Quinn, @solohill tells him to SHOOT IT pic.twitter.com/2qikrY7qIY