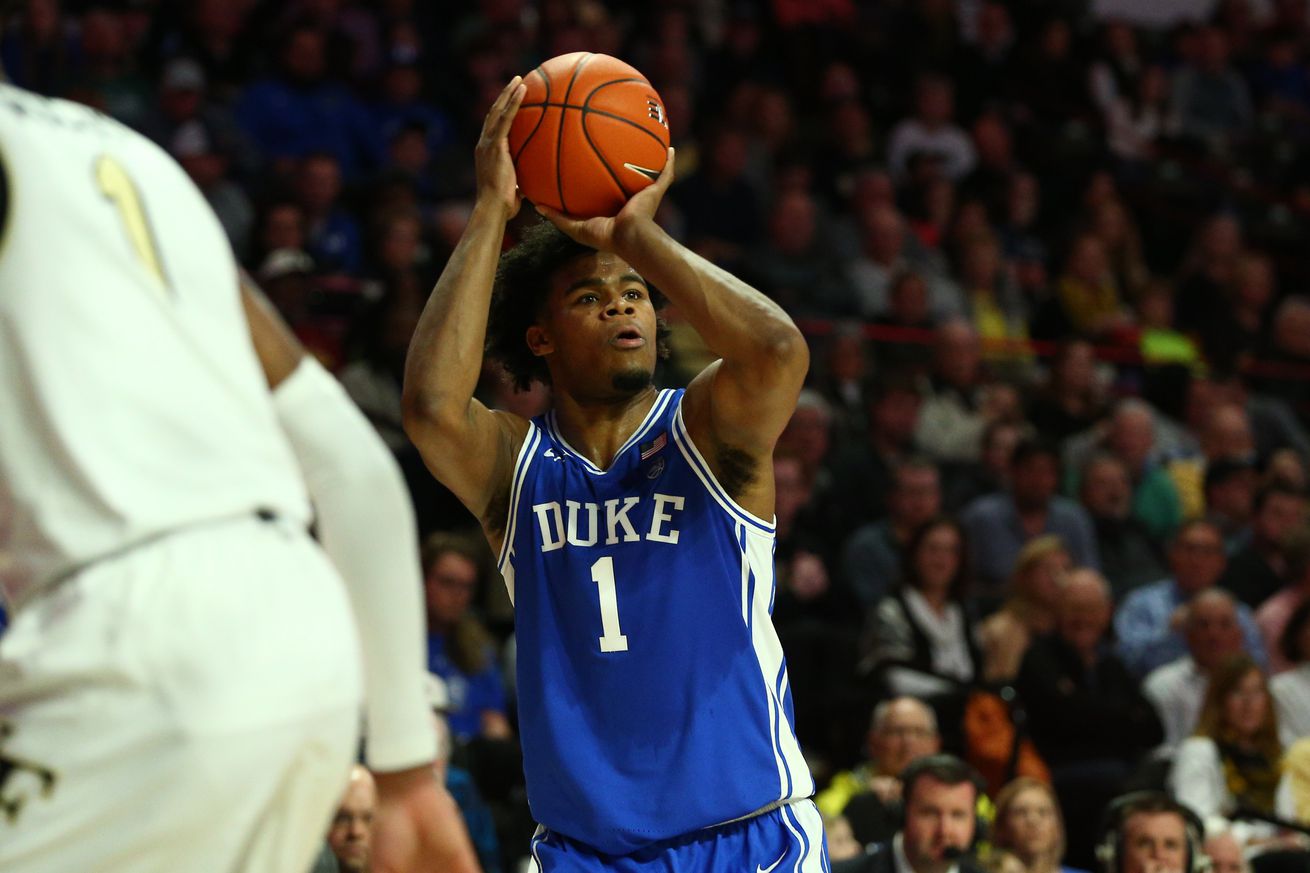 In advance of the NBA Draft next week — and the ongoing COVID-19 pandemic — teams can arrange private workouts for only up to 10 players. One of those players is Vernon Carey Jr., the son of the former Miami Hurricanes and Miami Dolphins standout.

NEW: Miami Heat auditions Duke’s Vernon Carey Jr. I talked to his famous father about what the Heat or any team would be getting with his son: https://t.co/tYdSCxVKND

Carey is a 6-foot-10 center who played one season at Duke University. He shot 38 percent from 3 in college, but only on 28 attempts. He is also a strong rebounder, averaging 8.8 boards per game and 14.4 per 40 minutes.

Greg Sylvander of the 5 Reasons Sports Network said that the Heat “continue to express very strong interest” in Carey if they ultimately decide to keep the pick.

The Miami Heat continue to express very strong interest in Duke freshman Vernon Carey Jr if they remain at pick 20 according to sources. @5ReasonsSports @ClutchNBA5R

Drafting Carey could signal that Miami will replace Meyers Leonard, who said that he is looking for a “significant role” when he becomes a free agent. Although Carey is a rookie, it’s not far-fetched to envision him playing 15-20 minutes per game during the regular season to relieve Bam Adebayo of playing center. And when the playoffs roll around, he’ll go out of the rotation — just like what happened with Leonard.

Barry Jackson of the Miami Herald said that the Heat have used several of their 10 allotted private workouts on big men. During their NBA Finals run last month, the Heat at times used Andre Iguodala as a “backup center” in a small lineup.