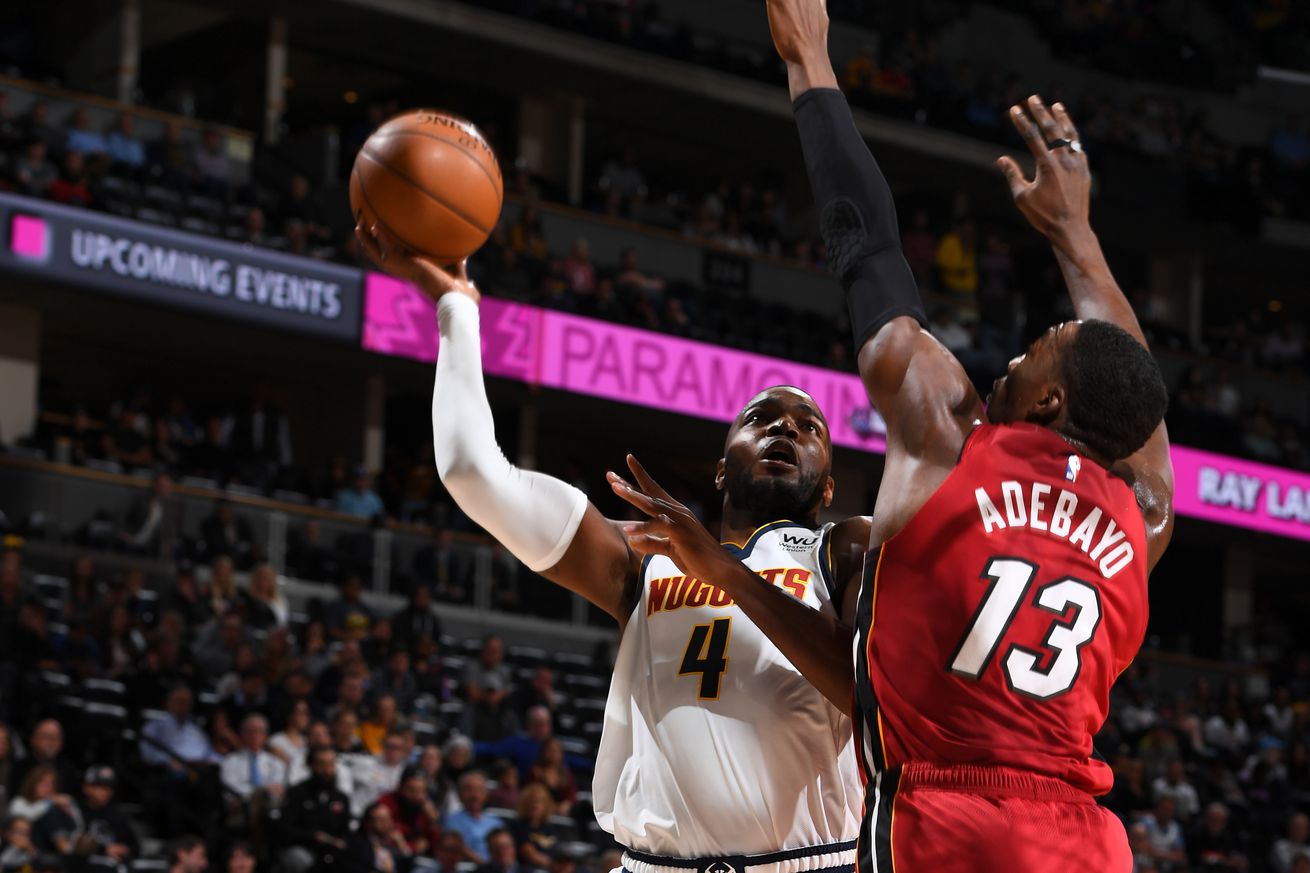 Millsap and Bam Adebayo would form a formidable frontcourt duo

Brandon “Scoop B.” Robinson said that the Miami Heat are interested in signing forward Paul Millsap, who will become a free agent after the season ends in October.

Miami Heat are looking to add depth up front & a name floating around NOT named DeMarcus Cousins is Denver Nuggets forward, Paul Millsap.

Millsap, 35, is in his 14th season in the NBA this season & will be a highly coveted free agent available when NBA free agency begins.

Greg Sylvander of 5 Reasons Sports said that the Heat would be interested in Millsap under two scenarios — if he signs a mid-level contract or for one big one-year deal if Goran Dragic leaves in free agency. As I’ve discussed earlier, Miami is expected to offer Dragic a one-year contract in the range of his $19 million salary for this season.

if other teams scoop up Goran (&/or others) on lucrative multi year contracts…..they would try for a balloon 1 year offer to a player like Millsap (rolling over space to 2021) https://t.co/j3dRpeg2fO

Many Heat fans remember the time Millsap scored 11 points in 37 seconds against the Heat during the first year of the Big Three era. A decade later, could Miami add a still-effective Millsap to bring them closer to championship contention?