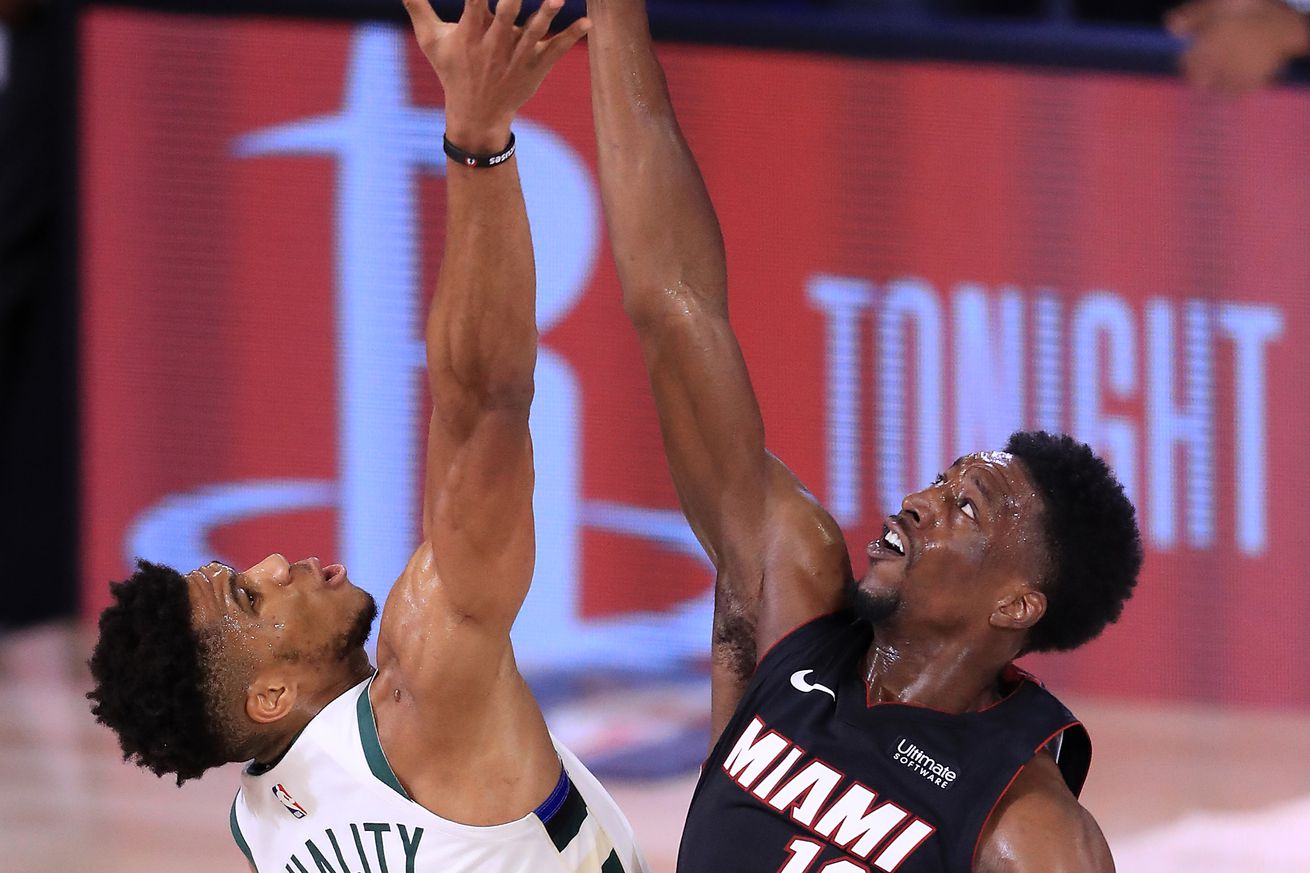 How could this plan affect other moves on the horizon?

Shams Charania reported today that the Miami Heat are “preparing to go all in” on pursuing two-time MVP Giannis Antetokounmpo in next season’s free agency.

The Heat are “preparing to go all in” on pursuing Giannis Antetokounmpo in 2021 free agency, per @ShamsCharania pic.twitter.com/PgcVebcm3a

During Miami’s second round win over the Milwaukee Bucks, The Athletic’s Sam Amick reported that Antetokounmpo could join Miami in 2021. Around that time, Yahoo! Sports’ Vincent Goodwill said that the Heat and Toronto Raptors are the frontrunners for Antetokounmpo.

Miami’s plan to keep their books clean for next summer has several ramifications. As we’ve discussed before, convincing Bam Adebayo to hold off on signing his maximum rookie extension this off-season would help the Heat sign Antetokounmpo (or other top free agents) next year. ESPN’s Brian Windhorst noted that Antetokounmpo and Adebayo share the same agent recently.

Moreover, an “all in” plan for Antetokounmpo would limit the Heat’s willingness to sign or trade for players with contracts going beyond the 2020-21 season. That happened during the February 2020 trade deadline, when Pat Riley drew “a line in the sand” after Danilo Gallinari wanted a longer contract extension than Miami was willing to offer.

Just prior to the deadline, ESPN’s Zach Lowe reported that Miami had interest in Jrue Holiday, who has a player option for the 2021-22 season. Could the Heat make that trade this off-season, hoping that they can build a relationship with him and convince him to opt out next summer? And if we’re speculating about trade talk, another New Orleans Pelicans player, J.J. Redick, has offered glowing praise of Miami, which has fueled speculation.