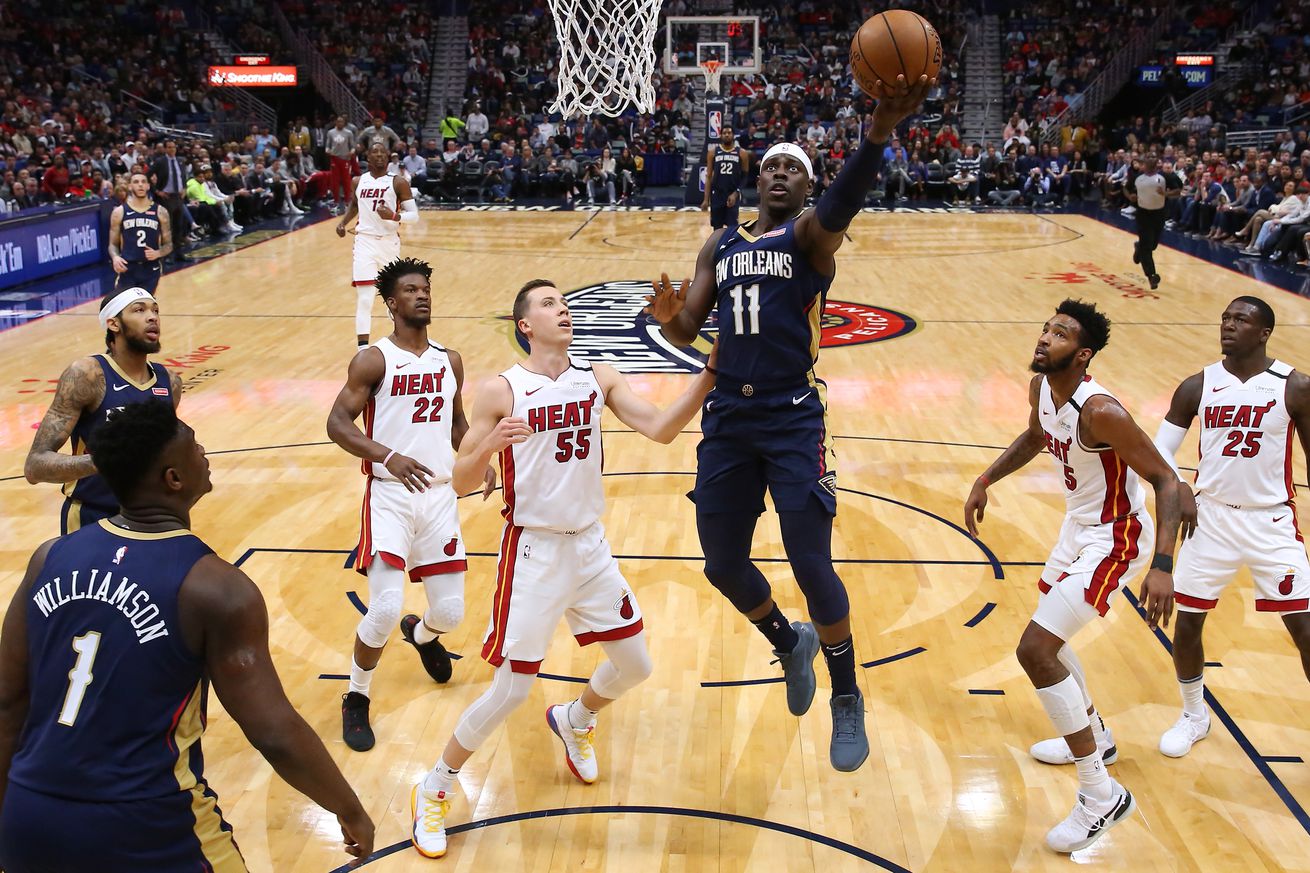 Miami falters again on the road to a sub-.500 team.

The Miami Heat were hoping to ride their momentum from their homestand but instead faltered again on the road to a sub-.500 team, this time with a 110-104 loss to the New Orleans Pelicans on Friday night.

Multiple turnovers and poor shooting from beyond the arc were the main culprits in a dismal first half where they only led briefly in the first quarter. Only Duncan Robinson was accurate from long range for the Heat, and he almost single-handedly led a furious fourth quarter comeback that almost won the game. Instead their road record is now 13-19 for the season.

The Pelicans led by as many as 15 points in the fourth quarter before a 17-4 run cut the lead to 97-96, including 10 straight points highlighted by a pair of tough 3-pointers courtesy of Robinson — who had four in the final quarter including one that made it 100-99 with three minutes left. That’s when Brandon Ingram, who was having a nightmare game missing 15 of his first 17 shots, responded by hitting two timely buckets alongside Lonzo Ball, who also stepped up to help preserve the victory.

Jimmy Butler carried the Heat with 15 first half points and he finished with 28 points, eight rebounds, three steals and six assists. Robinson finished with 24 points on 8-14 shooting, all from long distance. Bam Adebayo only scored nine points but was active on the defensive end with 12 rebounds, four offensive, along with four assists, three steals and four blocks — though he did foul out and he committed a team-high four turnovers. Kendrick Nunn disappointed with four points and Jae Crowder only played 11 minutes before getting knocked out of the game with a facial injury courtesy of Zion Williamson.

Miami next face the Washington Wizards on the road Sunday night at 7:00pm.