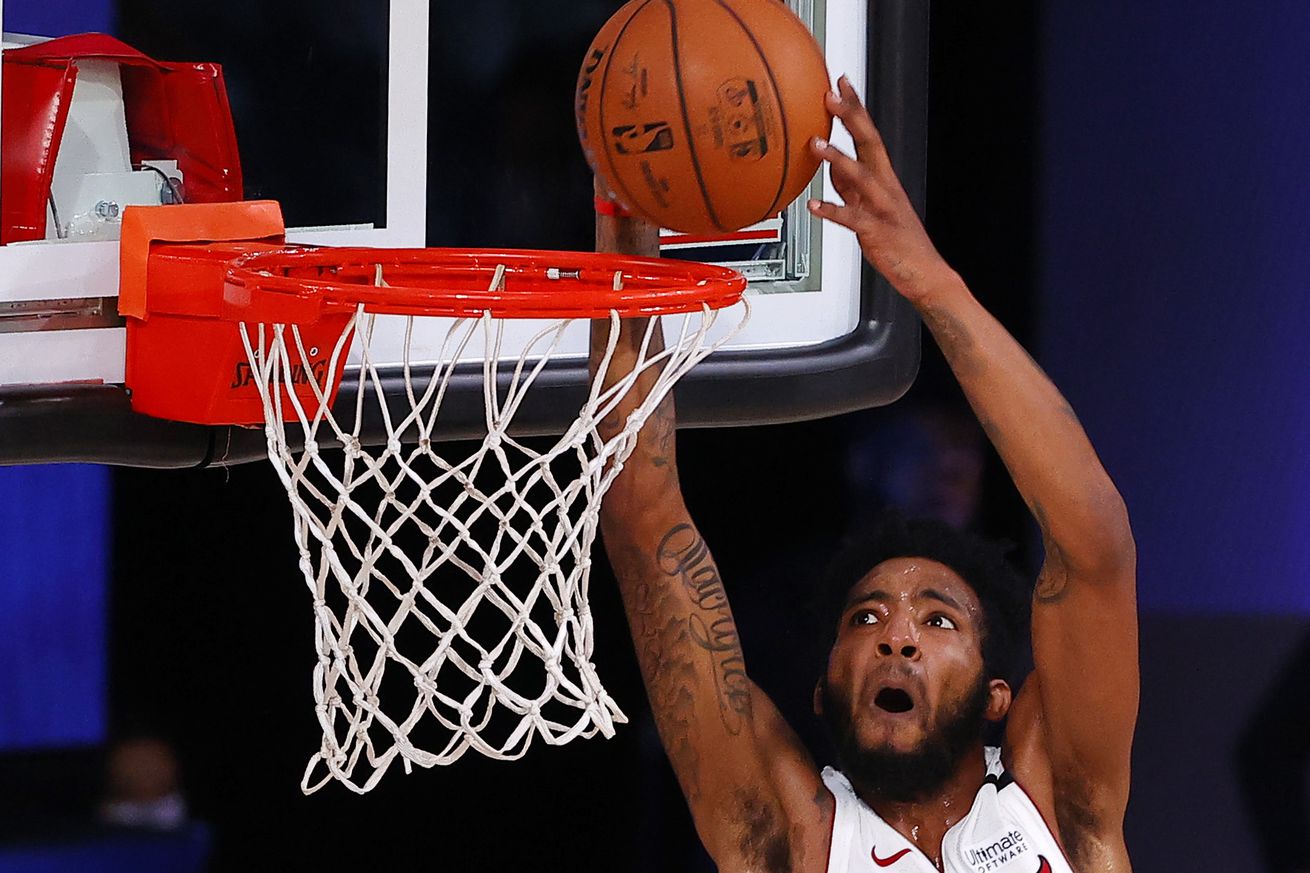 The Indiana Pacers’ win over the Houston Rockets Wednesday locked the Miami Heat and Pacers into their first-round matchup before the Heat’s game against the Oklahoma City Thunder tipped off. Erik Spoelstra, therefore, treated this game like a preseason game. He ran a typical rotation for the first half, and rested Jimmy Butler, Bam Adebayo, Duncan Robinson, Andre Iguodala and Jae Crowder in the second half. (Crowder banged knees early in the first quarter and did not return, but was on the bench.)

It went well for much of the night, as the Heat scored 42 points in the first quarter. Miami controlled the game for the first three quarters, and even went into the final frame up 100-82. But the Thunder dominated the fourth quarter.

Mike Muscala made a 3-pointer to tie the game at 113 with 34.8 seconds left. Solomon Hill drove to the basket for a layup to give the Heat a two-point lead with 11.6 ticks to go, but Muscala drilled another 3 to give the Thunder their first and only lead of the night, 116-115. And Tyler Herro missed a game-winning 3 at the buzzer.

When the Heat played their usual rotation, their offense looked crisp. Duncan Robinson connected on five 3-pointers in the first half, including two four-point plays. He finished with 19 points in just 15 minutes of action. His shooting barrage gives him 270 3-pointers on the season, which is two shy of the 10th-most 3-pointers in a single season.

Robinson continues to switch up his game, occasionally driving to the basket if he feels the defender playing for the 3-pointer. That’s been a nice addition to Robinson’s game ever since he struggled in Miami’s second seeding game against the Toronto Raptors, when the marksman found himself face-guarded the entire game.

Herro scored a career-high 30 points in the loss and — along with Solomon Hill — played the entire second half. (Kendrick Nunn missed the game, but Spoelstra said he hopes for the rookie to practice tomorrow.) He shot 9-of-16 from the field, 3-for-6 from downtown and 9-for-9 from the foul line. He continued to show progress on his offensive game with the ball in his hands, knowing when to score and when to find the open teammate.

Spoelstra again started Goran Dragic in the backcourt, and the 34-year-old veteran played well. Dragic finished with 16 points on 7-of-12 shooting from the field, five rebounds and six assists in 21 minutes of action. Dragic also found Derrick Jones Jr. for some nice lobs on the pick-and-roll action that worked so well Monday night against Indiana.

Wednesday also marked the first time since early February that Meyers Leonard played in a Heat regular season game. Leonard played all 17 of his minutes in the second half, but didn’t make much of a case for more playing time. The Heat center went 0-for-4 from the field committed four fouls in his limited minutes.

The Heat will finish the regular seeding with a Friday game against the Indiana Pacers at 4 p.m.