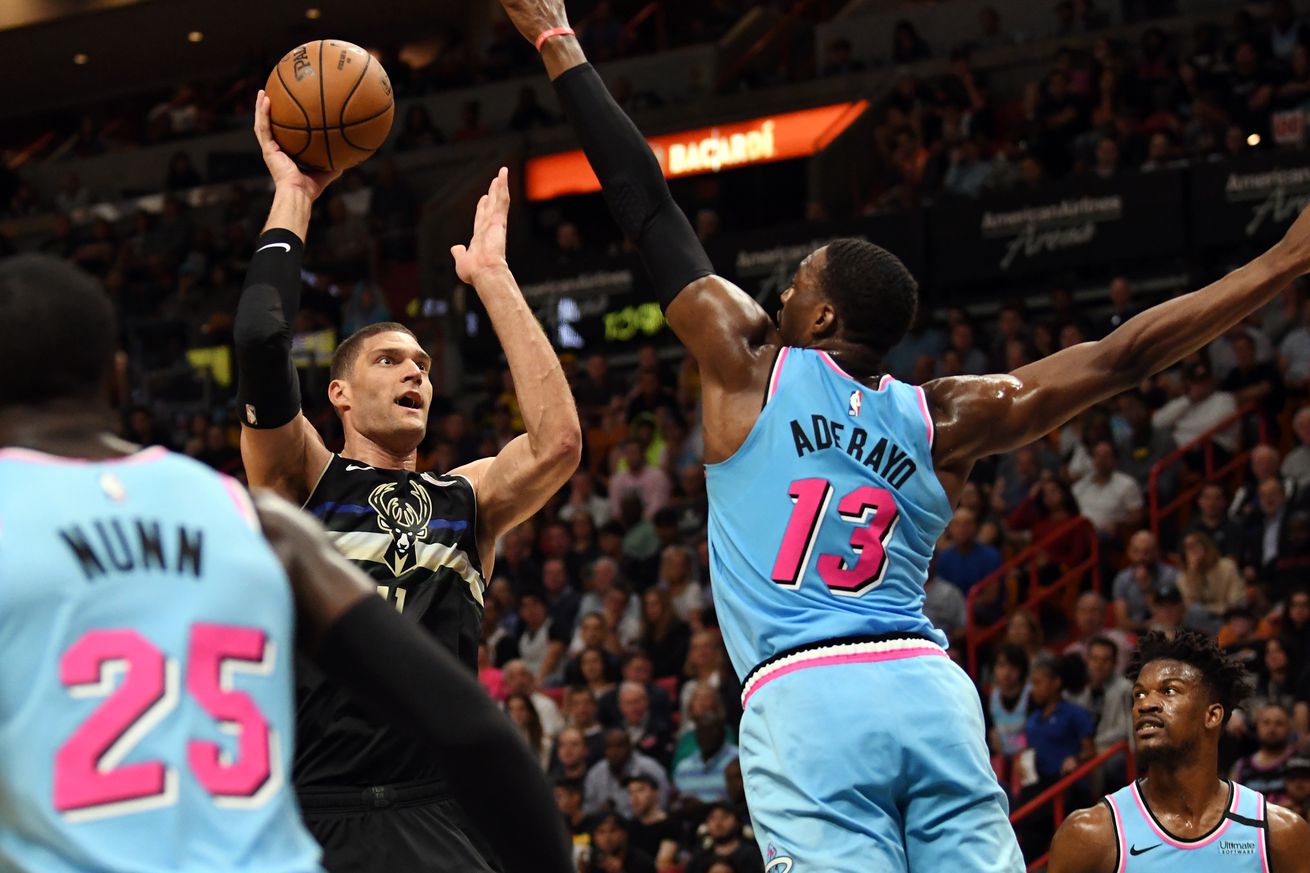 After a tough February, the Heat opened up March with their best win of the season as they snapped the Bucks’ win streak with some great defense.

The Heat were aggressive to start with Jimmy Butler scoring twice early on. On the other end it was Giannis and Middleton getting things done for the Bucks. Kendrick Nunn and Bam also contributed on offense, keeping things very close to start. With the offense firing, Miami was able to generate a 7-0 run. The Heat’s ball movement was phenomenal, finding players for open looks. They hustled hard even turning some mistakes into offensive opportunities.

The Bucks would eventually bring it back and tie the game, keeping things uncomfortably close. Kelly Olynyk stepped up though to keep Miami ahead, scoring eight straight points on some beautiful looks.

The Heat would go into the second up five.

Crowder got things started for the Heat in the second, putting Miami up eight. Kelly Olynyk also continued his dominance. With the Bucks giving up the most threes in the NBA, it was obvious Miami read the scouting report and did their best to drill as many looks from deep as possible (even Iggy got involved from beyond the arc).

On defense Miami once again struggled to guard the paint, letting the Bucks go on a 9-0 run of their own and get back within three.

Jae Crowder was phenomenal from beyond the arc converting on many 3 point attempts (he had five in the first half) and looking to shoot whenever possible. While Miami excelled from three, they struggled in the paint with Bam getting the only points inside towards the end of the quarter.

DiVincenzo and others would get going for the Bucks letting them tie things up again, but the Heat would get back ahead thanks to another Crowder three. The Heat managed to take a one point lead into the third quarter.

Duncan Robinson got Miami started in the third with his first score of the game ( yes, it was a three). Miami was able to get in another offensive rhythm with Duncan feeling it and Nunn making exceptional decisions.

On defense Miami’s tendency to overcommit to cutters opened up the paint where the Bucks continued to dominate.

Towards the end of the quarter the Heat were able to find some success in the paint on offense with Jimmy beating the defense in transition and Derrick Jones Jr. soaring in for a slam. The Heat also stepped up their defense opening things up on offense for a quick 10-1 run to take a solid lead. After a scoreless first half, Goran Dragic emerged as a huge threat converting on nearly all three point attempts and doing a great job facilitating for his teammates. He also hit a huge three to end the third and send Miami into the fourth up eleven.

Brook Lopez started the fourth with a big jump hook to keep the Bucks alive. On the other end Dragic continued his offensive assault and on defense Bam had some big plays to limit the Bucks’ offense. The Bucks were absolute menaces on defense, Bam couldn’t get any points without taking punishment in the key and earning them at the line.

Around the 5:30 mark, Jimmy Butler hit a close jumper to put the Heat up 11 and spark a 10-0 run. It also helped that the Heat put the clamps on Giannis, limiting him to just 13. They wouldn’t slow down the rest of the way and dominate the Bucks to win the game.

After struggling on defense for the month of February, the Heat showed they are capable of being an elite defensive team. Their defense on Giannis was incredible and their ability to read the Bucks’ defense and score in different ways really showed the potential of this Heat team. Don’t forget that this was Miami’s third game in four nights. It was easily their best win of the season, and hopefully a sign that the Heat have finally figured things out.