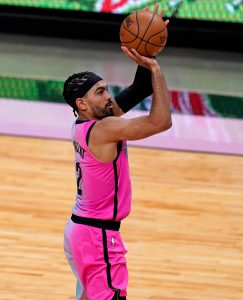 After going undrafted out of UC Santa Barbara in 2018, Vincent played with the Stockton Kings, Sacramento’s NBAGL affiliate, for the 2018/19 season.

He then latched on with the Heat as a two-way player for the 2019/20 season. Vincent appeared in just nine games for Miami during his rookie season, spending most of his time with the Heat’s G League affiliate, the Sioux Falls Skyforce.