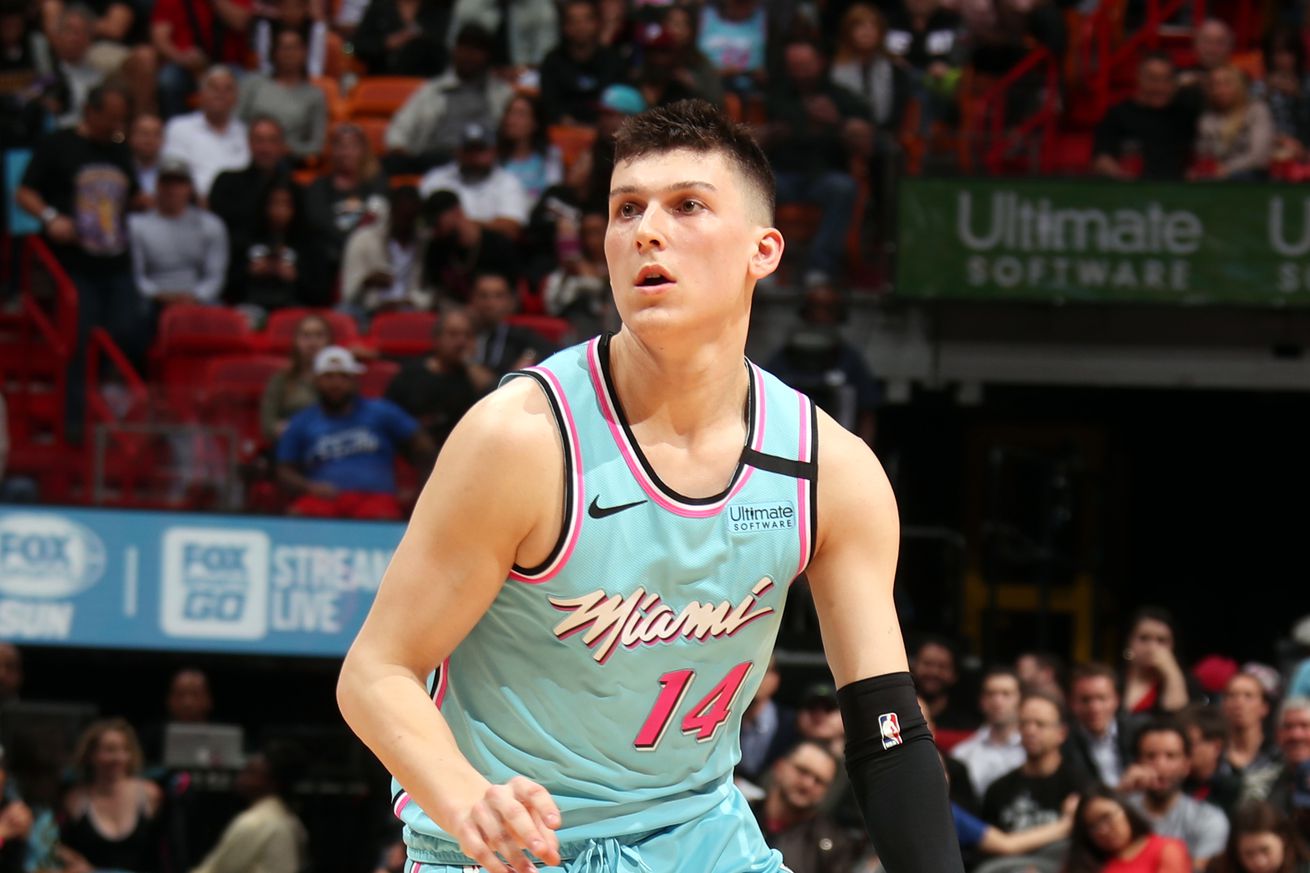 Yesterday, Tyler Herro tweeted two emojis that seemed to imply that he was nearing a return to the court.

And today, Heat coach Erik Spoelstra said that Herro and Jae Crowder went through a full practice. Herro may play in Miami’s next game, Wednesday against the Charlotte Hornets.

Erik Spoelstra said Tyler Herro and Jae Crowder went through a full practice today. Jimmy Butler did not practice today, but he is feeling better.

Herro’s availability for tomorrow’s game will be determined based on how he feels over next 24 hours.

Herro hasn’t played since Feb. 3, dealing with a right ankle injury. That was before the Heat traded for Andre Iguodala, Jae Crowder and Solomon Hill. Crowder has been cleared from the NBA’s concussion protocol after sustaining an elbow from Zion Williamson last Friday.

Jimmy Butler did not practice after leaving Miami’s win over the Washington Wizards Sunday in the second half, but he is feeling better. Kendrick Nunn did not practice, with the Heat listing him as having a cold.

Meyers Leonard, who has also been out since Feb. 3, did not practice.