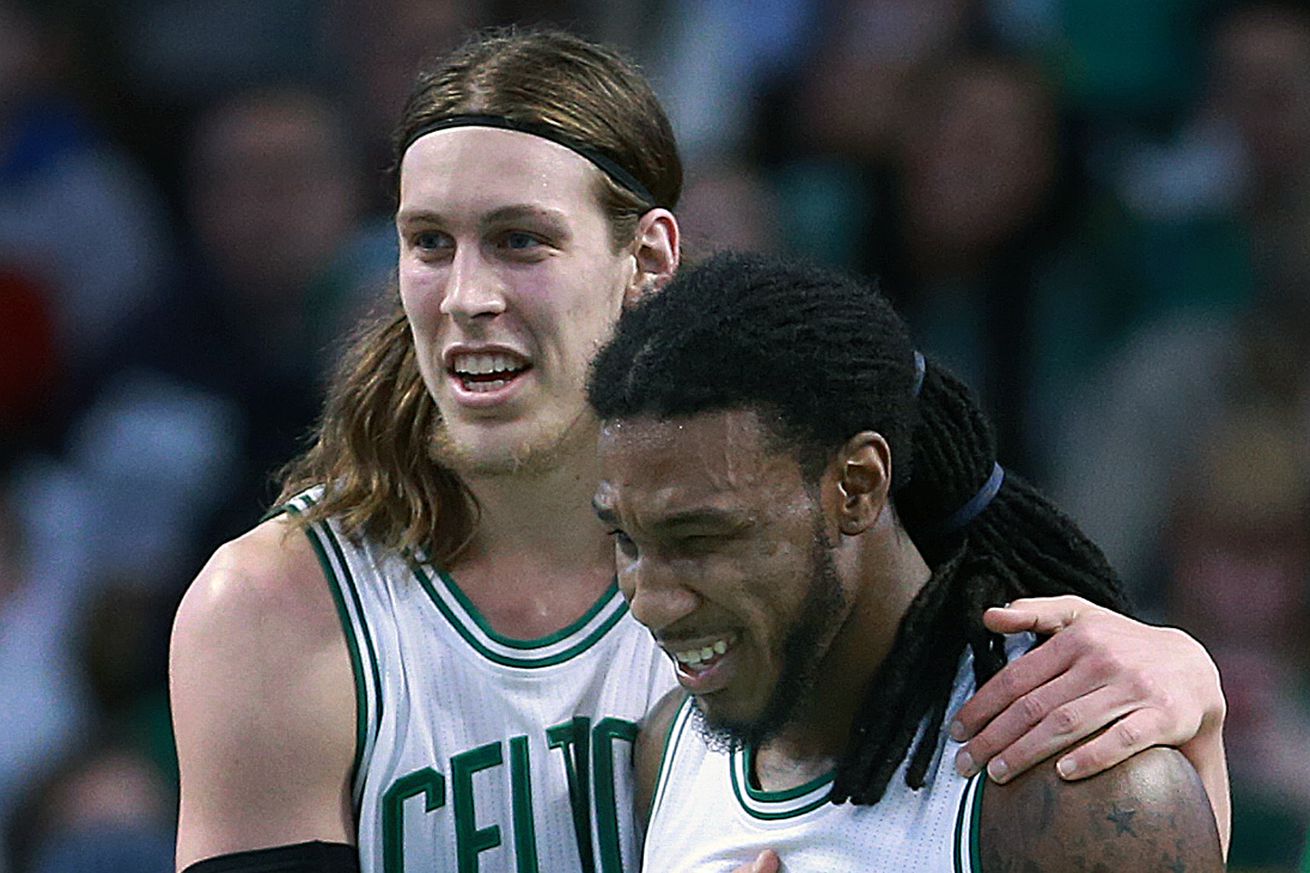 Cast off by the Celtics in 2017 Jae Crowder and Kelly Olynyk played key roles in the Heat’s road to Eastern Conference Finals.

The Miami Heat face the Boston Celtics with two players who were teammates on the Celtics for three years: Kelly Olynyk and Jae Crowder. However in 2017 Danny Ainge dumped both of them in his pursuit of reaching the NBA Finals. Now Olynyk and Crowder may prevent the Celtics from reaching the very goal that Ainge so dearly covets.

According to the Celtics Blog Crowder was a disposable asset in the August 2017 trade for Kyrie Irving.

“They also part ways with Jae Crowder, a crucial core piece to the Celtics for years who was necessary for salary matching. But with Morris in the fold and Jaylen Brown slated to take a big leap in year two, Crowder’s absence is palpable. While he is renowned for providing such value on his below mid-level contract, Morris provides comparable value at an even lower price tag for just one year less.”

Another article on the deal mentioned Crowder’s reaction to the trade.

“Though Crowder had a good run in Boston, the Celtics were adding pieces to build a team that could reach the NBA Finals. Crowder was one of the pieces that had to go in order for the bigger pieces to come in.”

Jae Crowder was asked if he was trying to prove that Celtics made a mistake trading him. “They know,” he said. “I’ll leave it at that.”

“Jae Crowder was asked if he was trying to prove that Celtics made a mistake trading him. “They know,” he said. “I’ll leave it at that.””

The writer elaborates some more on the Celtics’ reasoning for the transaction.

“Even though Crowder was a pretty good player in Boston, and definitely was somewhat of a fan favorite, the Celtics would make that exact same deal again 100 times out of 100.

“An old saying is “you have to spend money to make money.” Crowder was one of the players that had to be spent in order for the Celtics to further their progress toward winning a championship, whether he believes it or not.”

2017 was a busy year for Ainge since he signed Gordon Hayward and drafted Jayson Tatum that summer in addition to the Crowder trade.

That particular day was not a good one for Crowder on another, more personal level.

“On the same day he learned he’d been traded to Cleveland, his mother passed away after a battle with cancer. Crowder, though, said he was able to whisper to his mother that he was going to Cleveland “like five minutes” before she passed away.”

The “beef” reference above refers to what Crowder said after a game against the visiting Utah Jazz, “I heard the cheering [for Hayward] before the game,” Crowder told reporters, according to Celtics Blog. “ I didn’t like that at all. I think that was a sign of disrespect to me from the fans. That sparked a little fire in me.”

Olynyk was another casualty in 2017 as the Celtics revamped their roster that year.

“On Tuesday, Adrian Wojnarowski of The Vertical cited sources who said the Boston Celtics’ “pursuit of cap space makes it increasingly likely” the big man will become an unrestricted free agent.

“This comes after Wojnarowski reported the Celtics were looking to acquire both Paul George and Gordon Hayward.”

While Olynyk had a respectable career with the Celtics, in the 2013 NBA draft Ainge passed on eventual fifteenth pick Giannis Antetokounmpo to select Olynyk at number 13.

As a side note on Antetokounmpo, he recently unfollowed the Milwaukee Bucks and all his teammates on Instagram.

He also unfollowed the Bucks. https://t.co/CAaITYGl3I

“Giannis Antetokounmpo unfollowed ALL of his Bucks teammates on Instagram. He’s only following 9 people.”

“He also unfollowed the Bucks.”

One noticeable point about the Celtics’ roster over the past few seasons is how they have cycled through numerous players at the point guard position: Marcus Smart, Isaiah Thomas, Terry Rozier, Kyrie Irving and Kemba Walker. Known for their depth at the wings Brad Stevens has less certainty on who should run the show from the point, which could lead to some friction on the court.

Ironically Ainige and the Celtics helped the Heat build a team that could possibly reach the NBA Finals. Both Crowder and Olynyk possess a wealth of knowledge on the team which dumped them in pursuit of Kyrie Irving and Gordon Hayward. The upcoming Heat versus Celtics series has several layers of intrigue when the Eastern Conference Finals begin on Tuesday.