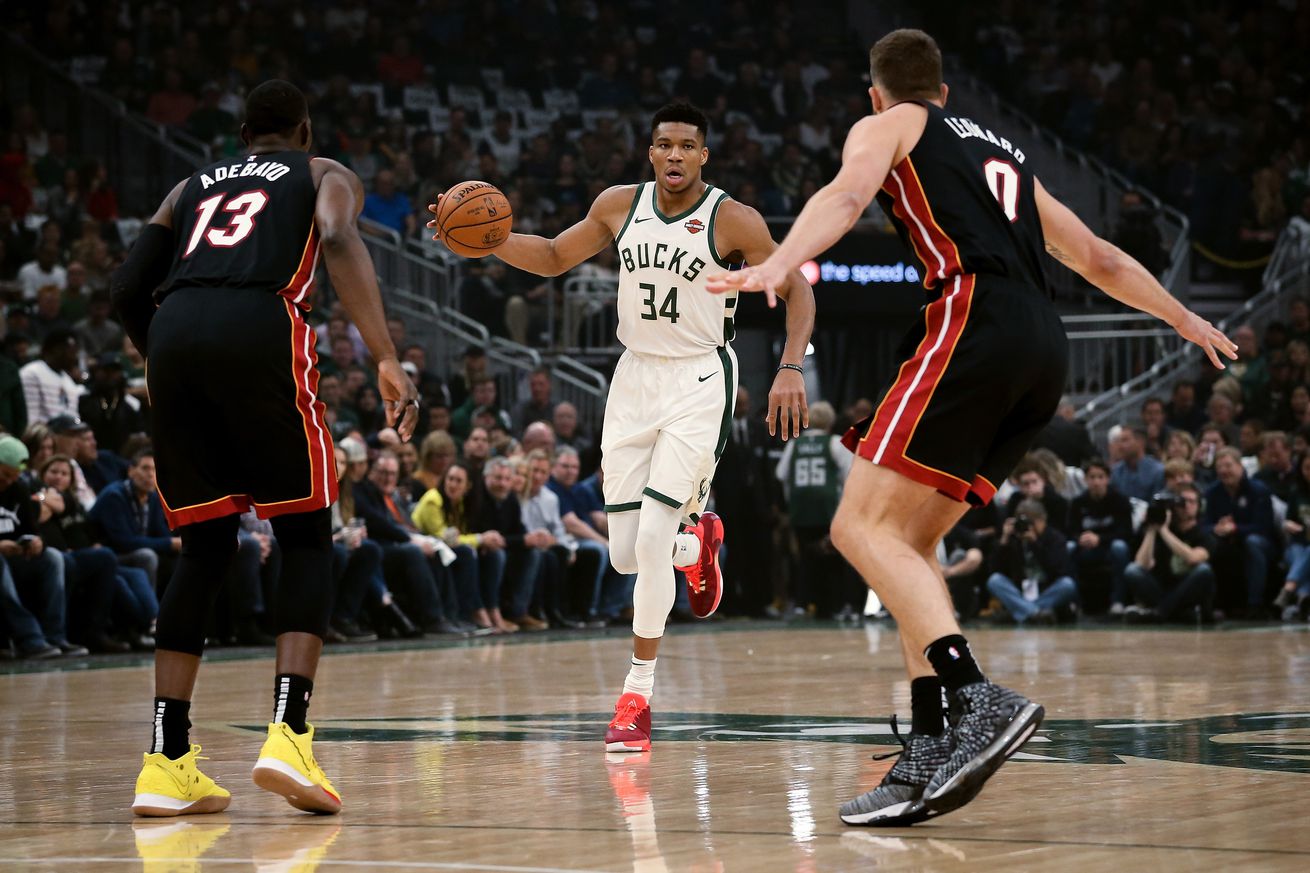 The Heat’s two showdowns against the Bucks may mean more than final scores alone.

The Miami Heat face the Milwaukee Bucks twice before the regular season ends. Giannis Antetokounmpo will have those two opportunities to scout the post trade deadline Heat in person. Miami defeated the Bucks 131-126 on Oct. 26, 2019 after staging a fourth-quarter rally to send the game into overtime. Justise Winslow played 40 minutes with team-leading plus 16 stat. This time Antetokounmpo will observe how the new-look Heat perform against his Bucks.

Cap space is only one factor in a player’s decision: just ask Jimmy Butler. He admitted the “Last Dance” send-off for Dwyane Wade affected him. Nothing replaces the emotional factors of being there in person. On March 2 and 16 Antetokounmpo can actually experience the feelings he gets from the current Heat players and coaches as rivals.

Knowing his intense competitive nature, he’ll be judging whether the Miami players and coaches share his values on the court. Butler is known for his “right type of crazy.” The question is how other Heat players respond when Antetokounmpo looks at them in the eye on the floor during a game and says “It’s showtime.” What will he see? Literally his “eye test” may decide what he does after the season ends.

The Bucks are essentially assured of top seed before the playoffs begin. However what happens if they don’t reach the NBA Finals? Just bear with me in a mind game. Any team that takes down the Bucks juggernaut in post-season action will reduce the chances of Antetokounmpo signing an extension. Not eliminate, but produce a degree of uncertainty.

For Antetokounmpo family matters. His question is what can the Heat do for his family, not what he can for the Heat. If Miami sputters and winds up with a sixth seed, and then gets knocked out in the first round, the Heat don’t look like good providers. But that’s just one factor, because other issues come into play in decision-making.

Why did LeBron James join the lottery Los Angeles Lakers? Or why did Kawhi Leonard leave the championship Toronto Raptors? Or why did Kevin Durant and Kyrie Irving hook up to join the mediocre Brooklyn Nets? Cap space by itself wasn’t the answer.

The Miami Heat have only 22 games remaining during the regular season to state their case. NBA players will be giving the Heat their own “eye test.” If they don’t like what they see and feel, then there may be a problem. As the New York Knicks, who had tons of cap space, demonstrated all too well last summer.

With playoffs beginning next month players and teams are beginning to crystallize their decisions, despite what they may say publicly. These last games carry meanings beyond just this season’s standings. Antetokounmpo, other players and front offices will be watching how this rendition of the Miami Heat performs before the curtain falls on April 15. Hopefully Heat fans will experience a happy ending.