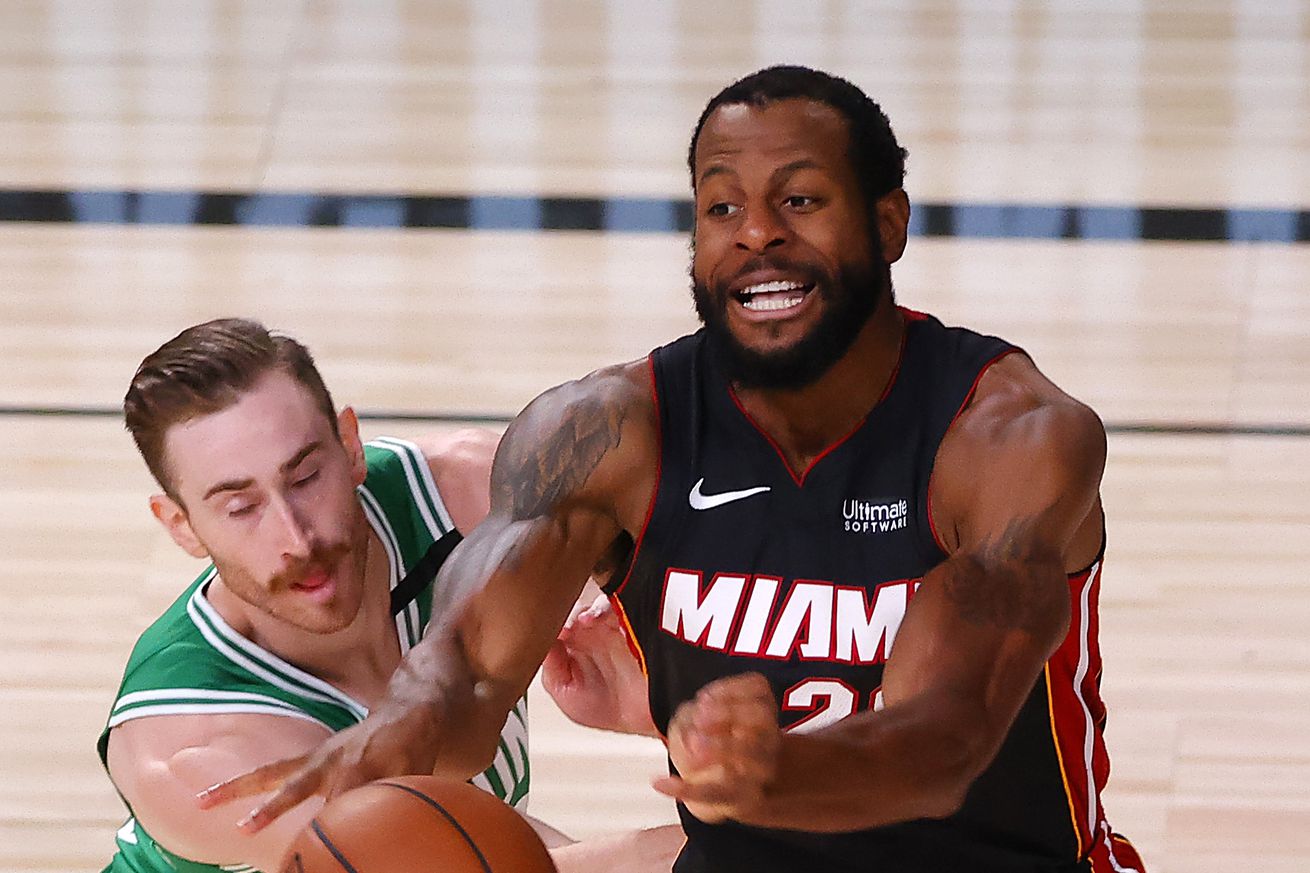 With Gordon Hayward back the Celtics grabbed Game 3. Here’s how the Heat can adjust.

Gordon Hayward returned to the Boston Celtics lineup on Saturday after missing a month of playoff basketball with a sprained ankle. Hayward’s box score was not overly impressive, but his presence was felt as a passer, and calm presence while he played 31 minutes.

The Miami Heat were shook most of Game 3 and trailed by as many as 19 points. They were in position to compete towards the end, but it was a little too late.

With Hayward back, the Celtics become a little different to defend and the Miami Heat have a couple days off to figure out some adjustments. And that’s what we have, too. Three defensive adjustments the Heat can make now that Gordon Hayward is back.

You could argue that the Heat’s struggles in Game 3 were not on the defensive end, but rather on offense. And I wouldn’t argue with you. Miami certainly has some changes they need to make to consistently hurt Boston on the other side of the court. But for here, let’s focus on what the Heat can do to slow the Celtics who now have Hayward.

ADJUSTMENT #1 — Make Hayward shoot over the defense
This may sound very basic, but what I am suggesting is that Hayward not become a driver. The worst thing the Heat can do right now is to put too much pressure on him and let him get to the foul line and find a groove.

Hayward is still returning to form. And he wasn’t overly efficient in his minutes on Saturday. Effective, sure, but nothing to be too worried about. If Hayward beats the Heat but shooting over the defense after being off for a month then so be it. But let’s avoid letting him drive to the rim, get to the line and abuse mismatches. Let him shoot contested shots.

If Miami can get away with Duncan Robinson or Tyler Herro on Hayward, then they should be in good shape. But if Hayward starts abusing those matchups by putting the ball on the floor, the Heat will find themselves in zone a lot more.

ADJUSTMENT #2 — Switch any Hayward Pick and Roll
The Celtics love to get switches…but mostly when it involves Kemba Walker or Jayson Tatum getting the Heat’s weaker defenders on them. One of Hayward’s biggest assets is his ability to create for others through poorly defended pick and rolls. When the defense is confused whether to switch or double, Hayward can hit a pocket pass or move the ball to the right spot.

By switching, again, you are forcing Hayward to go one on one — and let’s be honest he might score. But more than likely he is going to make the right play and look for another action. There isn’t a defender on the Heat than can’t contest his shot if they back off a bit, and they need to play the odds.

More Hayward shots are less for Kemba Walker and Jayson Tatum and the Heat do not want those guys in a groove. I propose the Heat switch just about everything they can with Hayward to take a way his playmaking ability for others and turn him into a scorer only.

ADJUSTMENT #3 — Use the Zone Defense in spurts
When the Heat went zone in Game 2, it was like Boston couldn’t figure out what to do. Remember that game earlier this year in Philadelphia where the zone completely destroyed them. It felt like that. But Brad Stevens is a good coach, and he did the adjustments he needed to make the zone less effective.

Now, the Heat need to either commit to playing it more aggressive, or use it in spurts. The Heat are a good defensive team — but they have been hurt by Andre Iguodala not being completely healthy. The zone hides Herro and Robinson well for the most part. But I think it is more effective when the Heat pull it out here and there and make the Celtics adjust in real time. When it is nearly every possession, the Celtics get more comfortable, more patient and begin to crack it open.

The zone needs to be a surprise and it needs to be used in spurts when the personnel on the floor demands it. But, then again, Spoelstra likely has a way to make it a bit more effective than I know.

Looking Ahead
Game 4 between the Miami Heat and Boston Celtics will be on Wednesday at 8:30 PM on ESPN.

It should be a great duel. Let’s see if the Heat can keep from getting behind in this one.