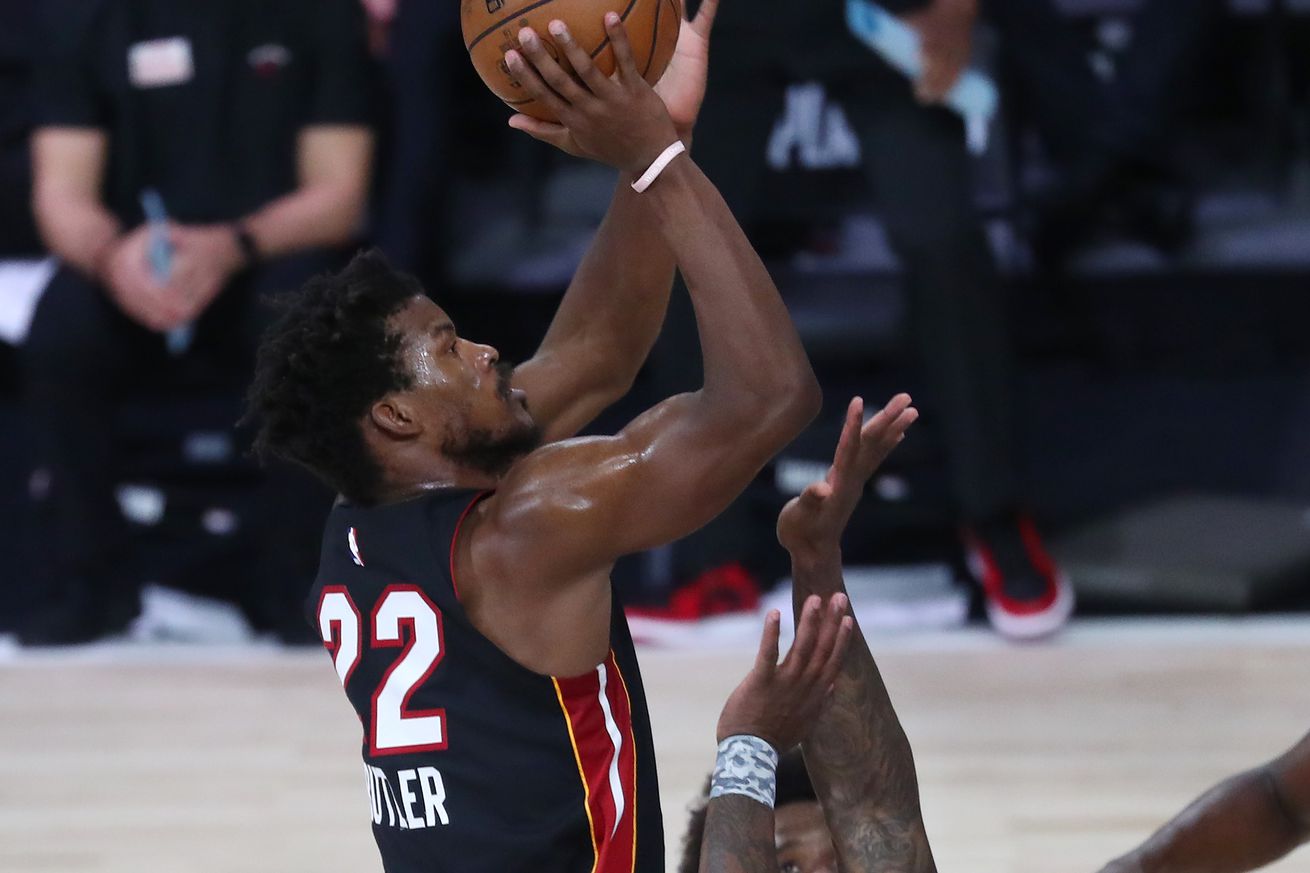 At Marquette Butler worked on his 3-point shot, so can he bring it for the Heat?

For the Miami Heat Jimmy Butler doesn’t feature his outside side shot like he did for the Golden Eagles at Marquette University. During his collegiate days he was a 38.3% shooter beyond the 3-point line. If Butler became an outside threat once again he would make the Heat even more dangerous during the NBA Playoffs.

In the video below, at the 3:54 mark, the announcer says, “Give it to Butler [because] he loves the three.” That’s a surprise statement about the NBA version of Butler.

The color commentator elaborates on that comment, “I have to give Jimmy Butler his credit. All summer he worked on his perimeter shot, his jump shot, and he’s knocking down the three consistently with confidence.”

After the game Butler said, “We shot way more threes than we should have…We got to get to the line more.” That sounds like his philosophy today in the NBA as he learned the game under Tom Thibodeau.

However at Marquette Butler didn’t have the passing wizardry of Bam Adebayo and Goran Dragic to initiate play-making for the team. Butler as a legitimate .383 shooter would put opponents in a real bind how to defend the Heat. Unlike Marquette NBA teams can never shot enough threes and often live beyond the arc.

In the clip below Butler says he feels he’s more a slasher and rather create for his teammates. That same Butler mentality had in college still holds ten years later in the NBA. He also mentions he often practiced together with Jae [Crowder] in the gym. Their bond goes way back.

Even though Butler is good making threes from the corner, he hates shooting from there because he’s afraid of hitting the backboard. Go figure. Getting over that fear in the NBA would put opponents on notice that Butler won’t clog the lane and let Adebayo dominate the game at the rim.

Usually pundits say Butler needs to be surrounded by 3-point shooters to be effective. Could Butler could flip the switch as needed?

The clips above mention that he worked on perfecting his perimeter shooting during his college days. Maybe that changed because the Chicago Bulls favored an inside style of play during Butler’s ascent to stardom in the Windy City. Today’s Heat aren’t the Bulls of Michael Jordan who dominated with their physical style featuring Scottie Pippen and Dennis Rodman as his teammates. Don’t forget Steve Kerr was there also

Butler seemed comfortable as a youth making those important buckets within the flow of the game. His .383 3-point average in Marquette shows he’s a much more versatile on offense than given credit for. Same can be said for Butler’s college teammate, Jae Crowder.

Maybe their outside shots falling isn’t such a fluke after all. Break out the umbrellas when the Miami Heat get on the court.