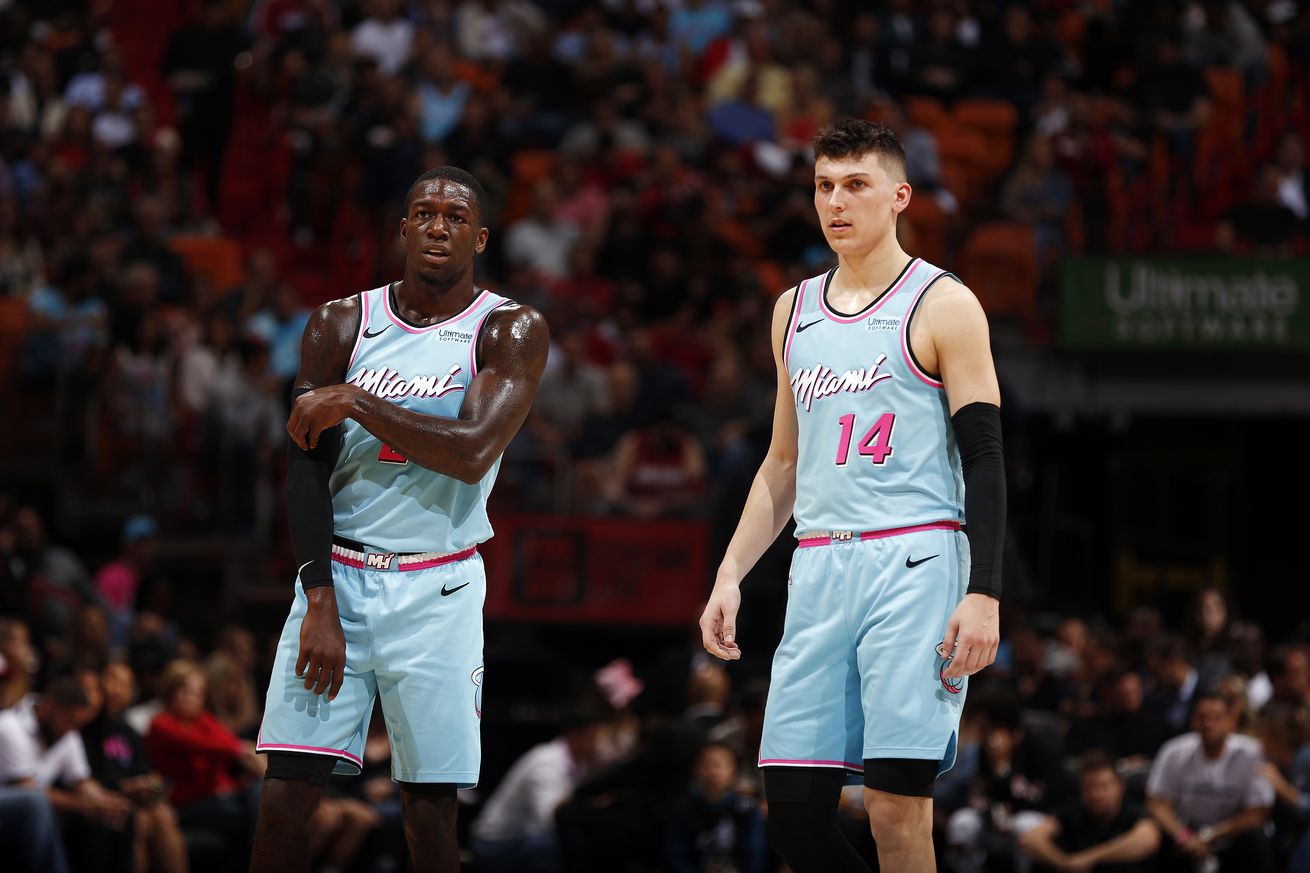 The Miami Heat’s stellar pair of rookies are recognized by the NBA.

Nunn joins NBA Rookie of the Year Ja Morant and Brandon Clarke of the Memphis Grizzlies, along with No. 1 pick Zion Williamson of the New Orleans Pelicans on the First Team, the NBA announced today. Herro is joined by Terence Davis II of the Toronto Raptors, Coby White of the Chicago Bulls, P.J. Washington of the Charlotte Hornets, and Rui Hachimura of the Washington Wizards.

Like all the other NBA awards for the 2019-20 regular season, only non-bubble games were taken into consideration.

Herro appeared in 55 games, with eight starts, and averaged 13.5 points (42.8% FG shooting, 38.9% 3-PT FG shooting, 87% FT shooting), 4.1 rebounds, 2.2 assists and 27.4 minutes. He was the youngest Heat rookie to ever start a game and also set a Heat franchise record for most points by a rookie reserve with 30 points off the bench against the Oklahoma City Thunder on August 12.

Some fun facts about the Heat’s prized rookie duo, straight from the press release: