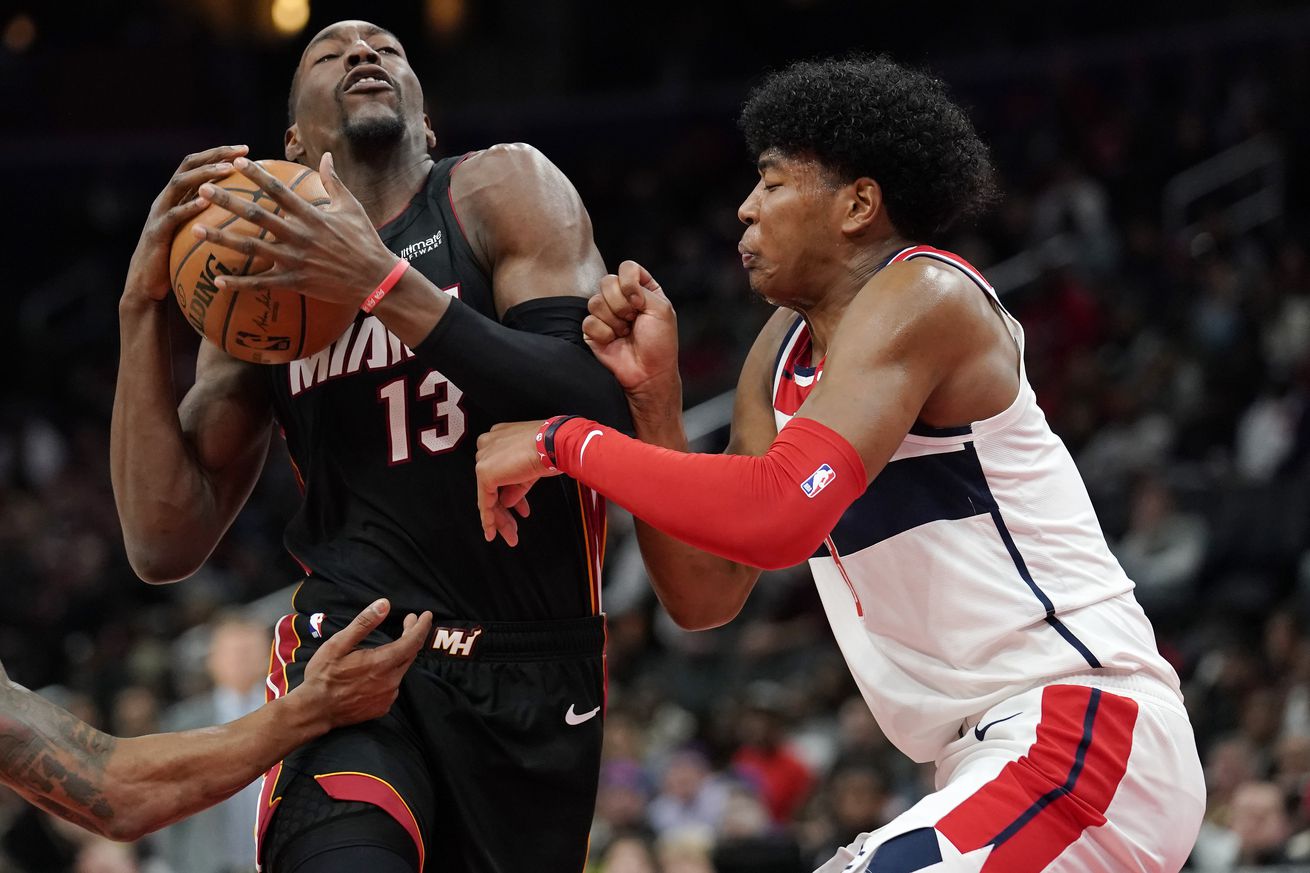 With Jimmy Butler sidelined in the fourth, Bam Adebayo took over.

With a little more than nine minutes left in the fourth quarter of the Miami Heat’s game against the Washington Wizards, Shabazz Napier made a 3-pointer despite a Kendrick Nunn foul. His 3 put the Wizards up by eight points. The Heat had scored just 18 points in the second half at that point.

And oh yeah, Jimmy Butler was in the locker room with a toe injury. He didn’t return.

The game started to change, though. Bam Adebayo became the focal point of the Heat offense. He drew fouls and made some nice layups, and the Heat took back the lead. And with a little over two minutes left, he found Nunn open for a 3. That gave Miami a six-point lead.

That’s how the Heat snapped a four-game road losing streak and improved to 41-23 on the season — a fourth-quarter run with solid execution that has so often eluded Miami on the road lately. And because of an Oklahoma City Thunder win over the Boston Celtics, the Heat climbed to within a game-and-a-half of the three seed.

This game featured multiple ugly stretches. Miami scored just two points in the first five-and-a-half minutes of the third quarter. The Heat turned the ball over 21 times. (Washington shot just 33 percent from the field, minimizing the impact of Miami’s mistakes.) But when it mattered most, the Heat put the ball in the hands of their All-Star Adebayo, and he showed more offensive aggression than he has in the past.

Adebayo finished the game with 27 points on 9-of-13 shooting from the field and 9-of-12 shooting at the line. He also grabbed 14 rebounds and dished out six assists. Unlike other games, in which Adebayo doesn’t look at the basket after getting the ball at the elbow, he utilized his athleticism to blow by slower defenders.

Bam putting the team on his back down the stretch pic.twitter.com/CAjggYIKT9

Robinson added 23 points and shot 7-of-11 from beyond the arc, including the two huge, late ones that blew upon the game. Without Jae Crowder — he entered the NBA’s concussion protocol after taking an elbow from Zion Williamson — Robinson played a team-high 38 minutes. The Heat needed him Sunday. Aside from Butler’s late injury, Goran Dragic shot 3-of-10 from the field and committed five fouls.

Solomon Hill played 30 minutes off the bench, and he put a defensive footprint on the game. Erik Spoelstra played Hill and Derrick Jones Jr. in the fourth quarter over Andre Iguodala. Jones, for his part, grabbed eight boards, had three steals and had a key block on a Beal layup attempt with 2:34 left.

Nice recovery and block by Hill on Hachimura pic.twitter.com/XBHt522qhN

The Heat will next host the Charlotte Hornets Wednesday at 7:30 p.m.