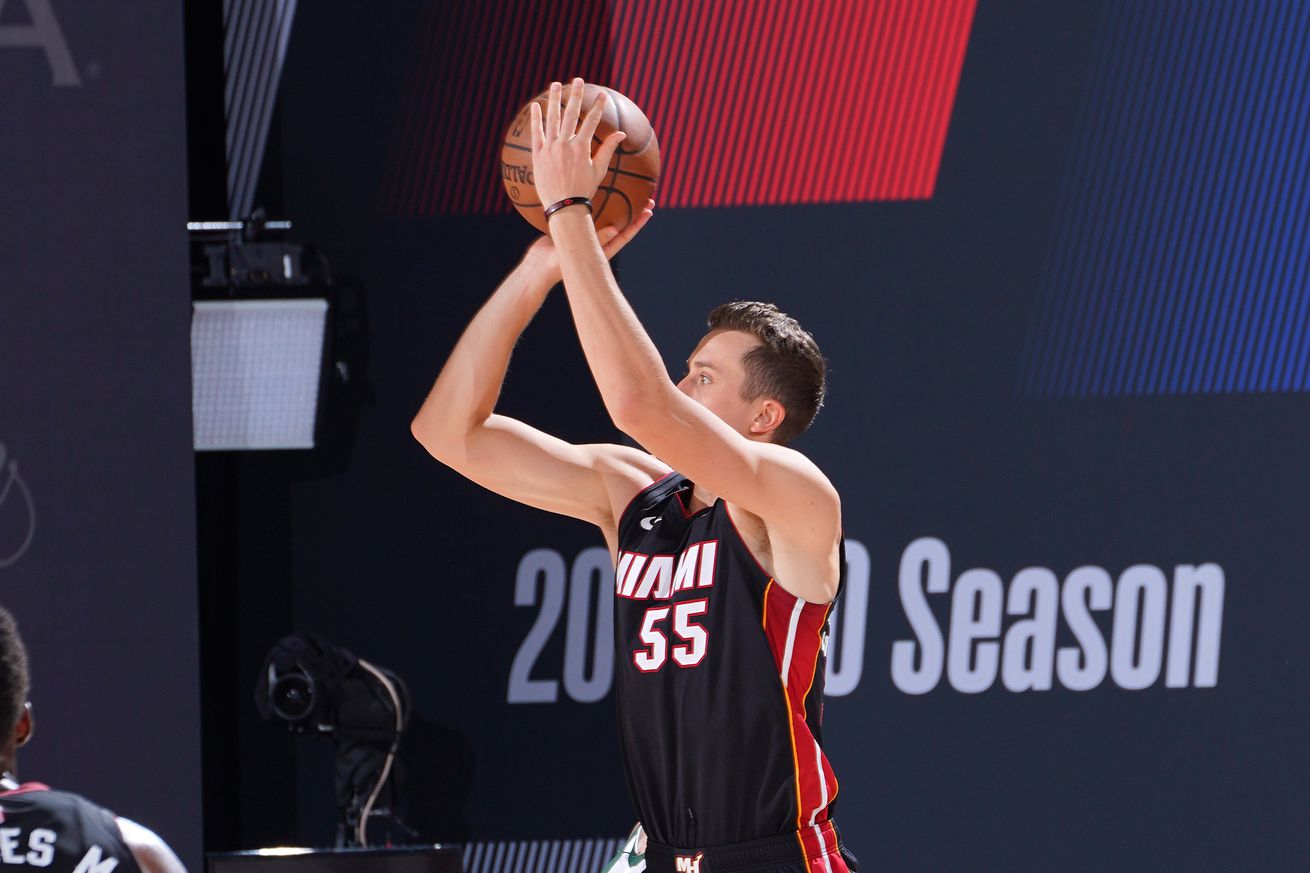 Both Dan LeBatard and Duncan Robinson give some insight into the Heat culture.

In the episode, Lowe owns up to his earlier comment that the Miami Heat had the bleakest future of any NBA team in December 2018 — something Brandon Di Perno and I discussed before the playoffs. His interview with Dan LeBatard includes some fascinating tidbits, including a story about Pat Riley having some choice words for Hassan Whiteside and Dion Waiters.

LeBatard also says that Heat officials believe that Tyler Herro can be better than Devin Booker. Miami, of course, could’ve selected Booker instead of Justise Winslow in the 2015 NBA Draft.

Robinson is also a good interview with Lowe. When the ESPN writer asked Robinson about Erik Spoelstra’s decision to use Jae Crowder on Giannis Antetokounmpo instead of Bam Adebayo, Robinson responded that Heat players actually get to choose their defensive assignments.

Lowe also asked the former Michigan product if he’s ever failed a Heat conditioning or weight test. Robinson said no. Asked if he knows players who have told him they couldn’t play for Miami, he said yes.

For those interested Dwyane Wade’s “I’m not for everyone, I’m for Miami” is up for sale @LYFEBrand_ https://t.co/Ps61zddGdb pic.twitter.com/Qlue6x0l5K