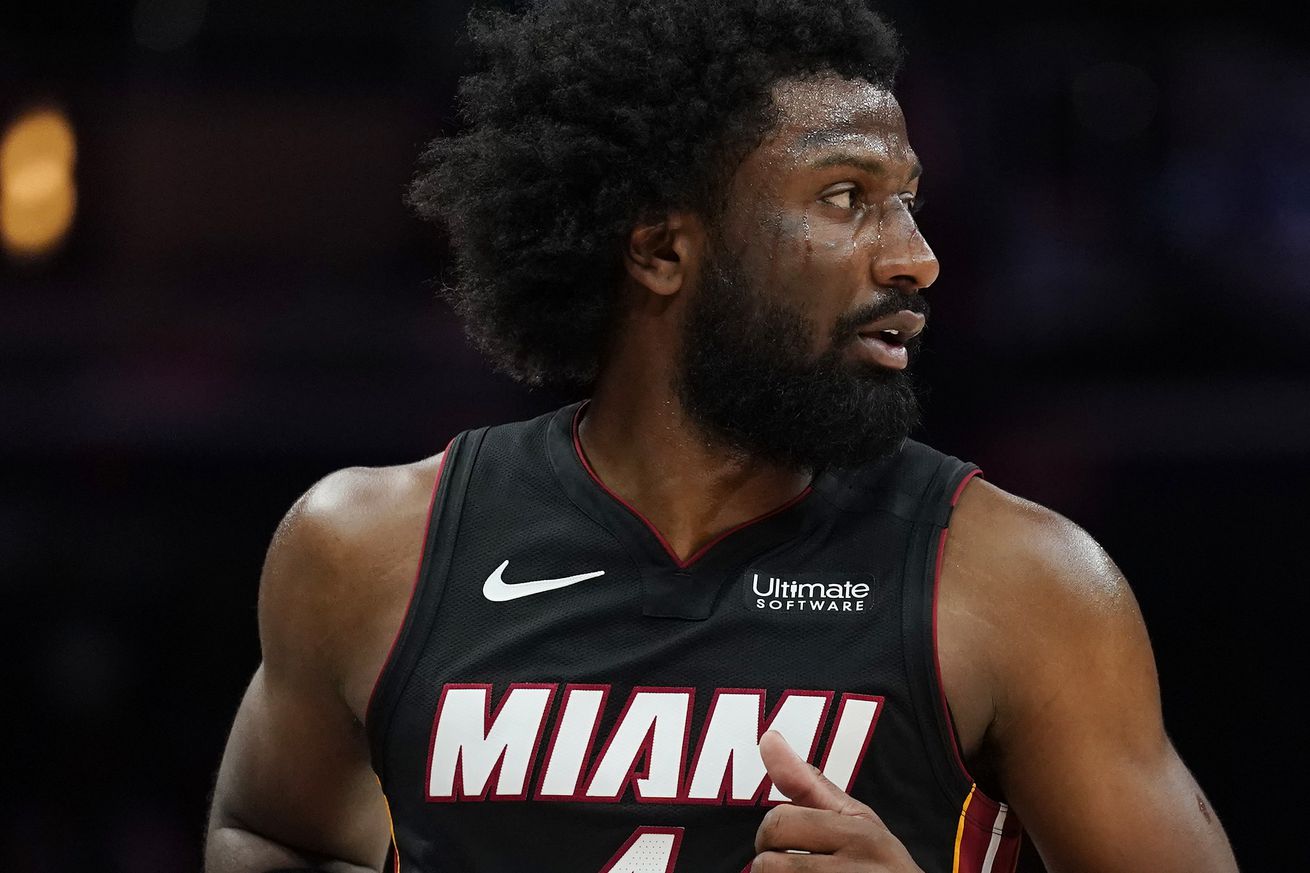 The Heat played lock-down defense in a rare road win this season.

The Miami Heat defense came to the rescue in the nation’s capital in a record-setting manner against the Washington Wizards. The official box score in the 100-89 win showed the Wizards made 26 of 78 field goal attempts, while succeeding in 19 of 47 of their 3-point attempts.

The seven 2-pointers the Heat allowed were the lowest number made by any NBA team in a game since the 3-point line became official.

The Heat just beat out the New York Knicks who allowed only eight versus the Brooklyn Nets. Those two games were the only times a team in the NBA made under ten 2-point baskets during the shot-clock era.

Consider the fact ace shot-blockers Ron Seikaly, Alonzo Mourning, Shaquille O’Neal, Hassan Whiteside don’t patrol the paint for the Heat this season. Miami has adapted well towards the current freedom-of-movement point of emphasis and trend towards perimeter field goal attempts even if their defensive rating doesn’t show it.

Two factors may have contributed to stellar performance in yesterday.

First, Bam Adebayo caused 2-point specialist Mitch Robinson to foul out of the game with his aggressive drives to the rim. Without a team’s best rim threat on the floor any NBA squad poses less of a threat in that part of the game.

Second, little-used defensive specialist Solomon Hill helped seal the floor during his time on the court.

“Hill is a 6’7″ athletic forward who can cover anyone on the court. While his averages rose last season (7.0 points and 3.8 rebounds per game), it was the defensive prowess that kept him so relevant (29.7 minutes per game) in the lineup.

“Due to that, Hill was expected to retain a big role this season. The Pelicans could use him to create different lineups, and cause matchup problems for opposing teams. At the same time, he’d be used to negate any potential matchup issues for the Pelicans.”

In the 4th quarter of the Wizard’s game Erik Spoelstra used Hill, Derrick Jones Jr. and Adebayo to guard the 3 top threats allowing Duncan Robinson and Kendrick Nunn cover lesser threats. That resulted in allowing only 17 points to a high-scoring team.

This paragraph summarizes how Hill operates in his low-key manner as part of the Heat.

“There hasn’t been a marquee 20-point performance or a 5-assist night to talk about. Because this is Solomon Hill, and he doesn’t do those things. He is just a high-level on-ball defender who understands spacing, timing, and movement well while always competing hard and rarely making the type of positional and “I didn’t know the scheme” mistakes that drive coaches like Frank Vogel crazy and young players like Glenn Robinson, III and Myles Turner and Joe Young make all the time.”

The record-setting low of seven 2-pointers allowed against the Wizards shows the value of mixing and matching players on the court. The imminent return of Jae Crowder and Tyler Herro makes deciding winning combinations even more difficult.

On Sunday the Heat held the Wizards to their lowest FG% of the season at 33.3% and made FG at 26. The 26 FGM was the second least made by any NBA team this season (Nets made only 21 last December).

Based off a rare road win the last 18 games may give more clarity on making the Heat a real post-season contender next month. Offense? Defense? Youth or veterans?