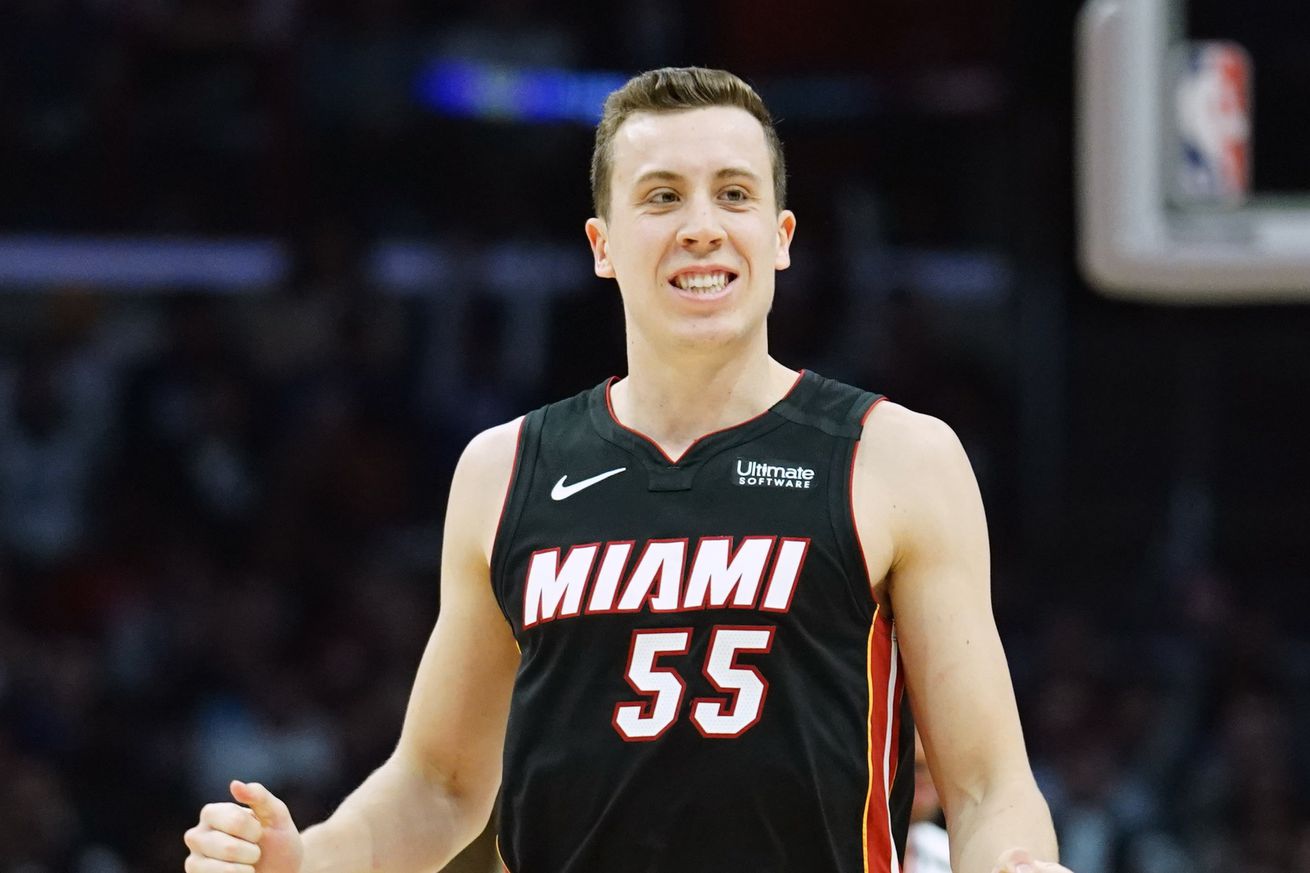 By some measures Robinson is having an All-Star season for Heat.

Duncan Robinson made quite a splash in Miami Heat’s 116-113 win over the Orlando Magic. As outlined in Duncan Robinson is about to smash three-point records, his contributions have unexpectedly reached extraordinary heights this season. But really how good has he been thus far?

Digging into the numbers he’s in some pretty good company up to this point. Delving into the NBA stats database here are the barriers to entry:

Of the eleven players who met all the necessary qualifications, ten were NBA All-Stars last February.

That’s the entire list. Shocking how exclusive it is.

Of all those players Robinson was the only one who played over 60 games. His durability and ruggedness is a feat unto itself. His TS% of 67% is topped only by Gobert at 70%. Despite Robinson’s acknowledged weakness on defense, Doncic at 111, Walker at 109, and Harden at 108 have a higher DefRtg than Robinson’s 107.1, which is close to Gobert’s 106.5 by the way.

The biggest difference between the All-Stars and Robinson is in the usage rate and PACE. All of them, except Gobert (16.4%, 99.51), have greater USG% than 25 and a PACE above 100. In plain words their teams run many more plays through them in the course of a game.

The story line of Robinson being an older undrafted player won’t go away. The facts of what he’s accomplished speak for themselves though. His contributions to the success of the Heat can no longer be ignored as inconsequential.

Robinson is the perfect compliment to incumbent Heat All-Stars Jimmy Butler and Bam Adebayo. He performs the role as an unselfish third wheel to perfection. In only his first season as a starter the best may be yet to come as he expands his game.

Perhaps the search for the third star for Miami may only require time for players already on the team to blossom.