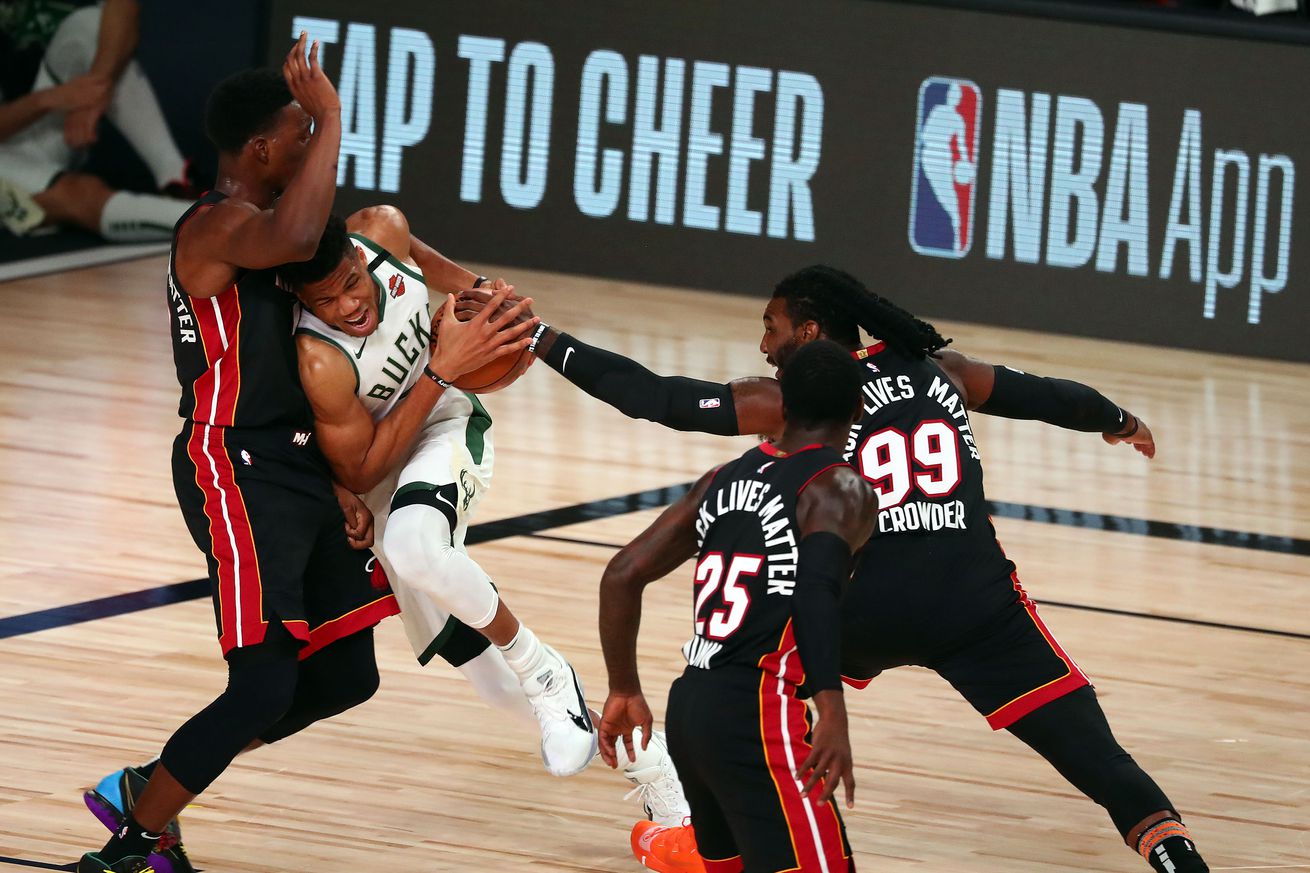 Game 1 of the highly anticipated showdown is on Monday.

Following the Milwaukee Bucks’ Game 5 win versus the Orlando Magic on Saturday, the NBA has released the East Conference Semifinals schedule of the 2020 NBA Playoffs which will feature the Bucks facing off against the Miami Heat while the reigning NBA champion Toronto Raptors will play the Boston Celtics.

Miami will playing Game 1 against Milwaukee on Monday after several days of rest, with subsequent games being played every other day.

The schedule is as follows:

Tip-off time and further schedule details will be released as soon as possible “consistent with the need to fulfill league obligations.“

All second round playoff games will be televised nationally on ABC, ESPN, or TNT and not available for local broadcast.