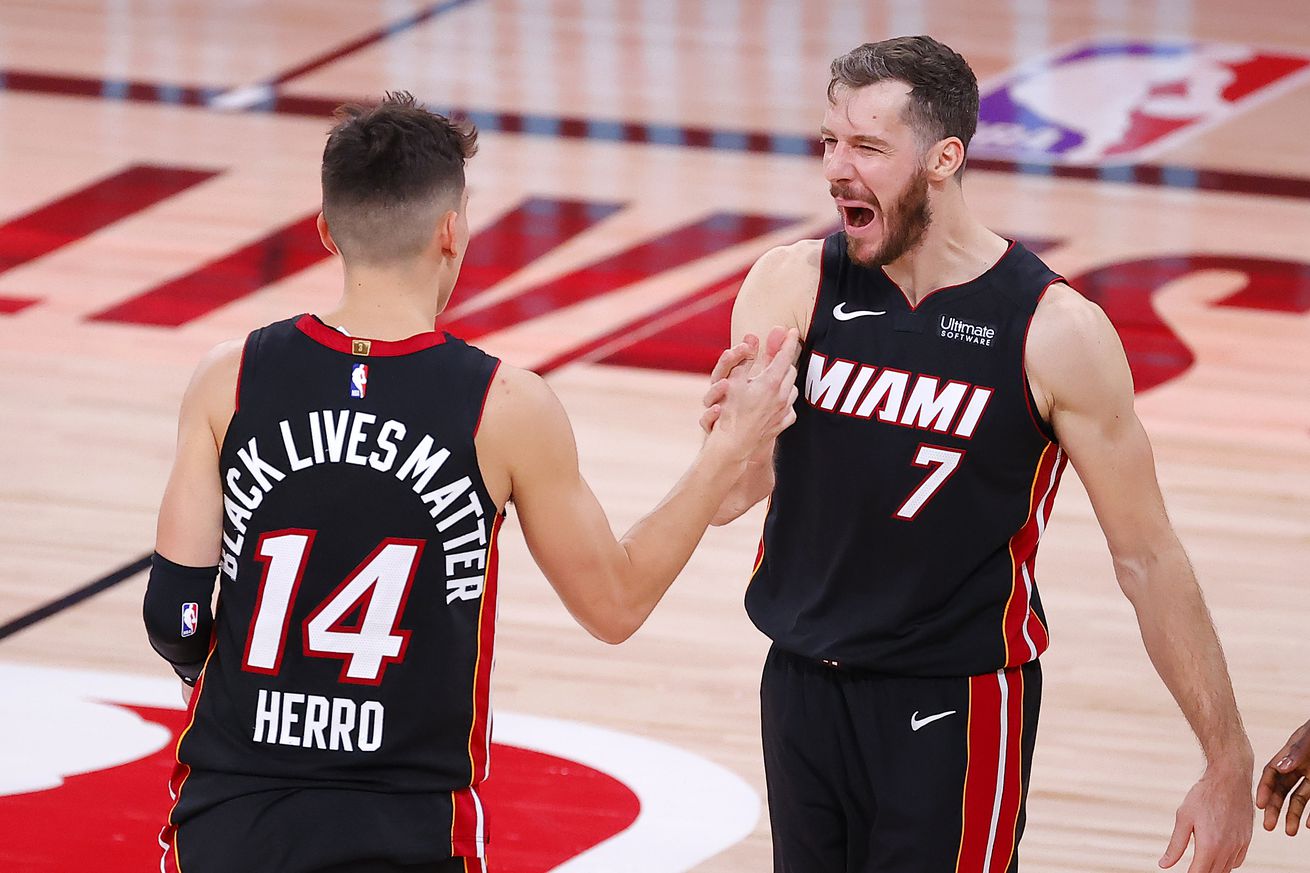 Bam Adebayo is expected to play after injuring his wrist late in Game 4.

Through four games, the cumulative score between the Miami Heat and Boston Celtics in the Eastern Conference Finals is 441-441. And yet the Heat hold a commanding 3-1 lead in the best-of-seven series — just one win away from their sixth Finals berth since 2006.

I’m sure someone tweeted this already, but the cumulative score of the Eastern Conference Finals is 441-441. That’s fun!

Erik Spoelstra delivered some good news for Heat fans Thursday when he said that he expects Bam Adebayo to play in Game 5. Adebayo injured his wrist after getting tangled with Jayson Tatum on a box-out attempt late in Game 4. And the third-year center has been the best player in the Eastern Conference Finals, averaging 21.5 points on 60.4 percent shooting from the field, 11 rebounds and four assists.

Erik Spoelstra said he expects Bam Adebayo will be ready to play tomorrow in Game 5.