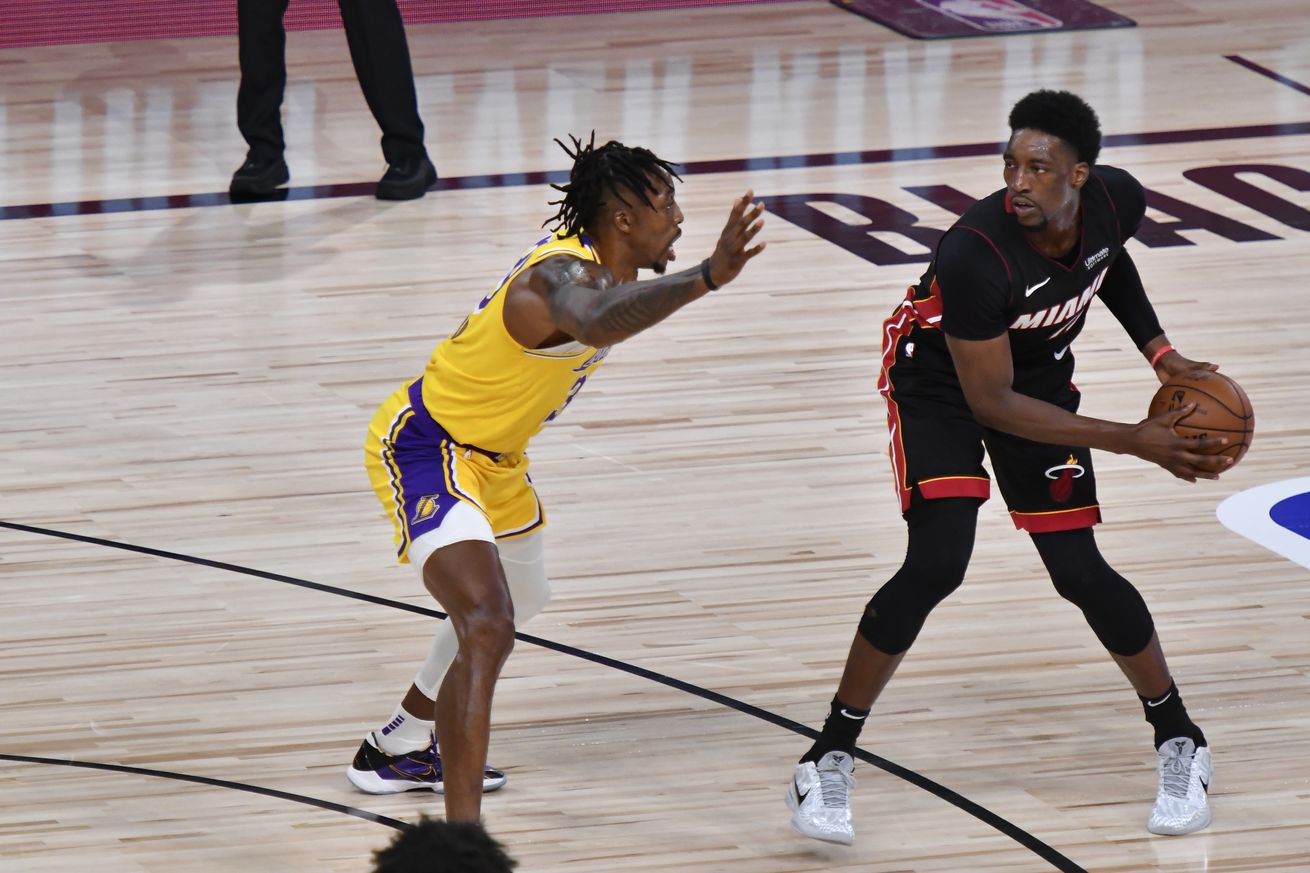 Bam Adebayo and Goran Dragic are both doubtful to play.

For the first time during this playoff run, the Miami Heat are down in a series. The Los Angeles Lakers crushed Miami in Game 1, and Goran Dragic and Bam Adebayo are listed as doubtful to play in tonight’s Game 2. They have been two of the Heat’s three best players in the playoffs, so their injuries are devastating for Miami.

A rare bright spot for the Heat in Game 1 was the play of Kendrick Nunn, who made the most of his second-half minutes in Game 2. He played his best basketball since the NBA restart Wednesday night. Assuming Dragic will not play tonight, the Heat will need the Nunn who made the All-NBA Rookie First Team.

Adebayo’s absence is much harder to overcome, though. Kelly Olynyk is the only player who can somewhat replicate the dribble hand-offs that have become a staple of the Heat offense. Olynyk also offers some 3-point shooting, but he’s nowhere near the defender that Adebayo is.

And for both of them, pushing through the injury brings up hard questions. Dragic is a 34-year-old impending free agent. Injuries derailed his 2018-19 season; should he risk re-aggravating his injury now? Adebayo is the 23-year-old franchise cornerstone for the Heat. Just in the last two playoff runs, we’ve seen Kevin Durant and Giannis Antetokounmpo play through injuries and not even last a game. On the other hand, the Heat are in the NBA Finals. When will they get this opportunity again?

The game will air on ABC shortly after 9 p.m.