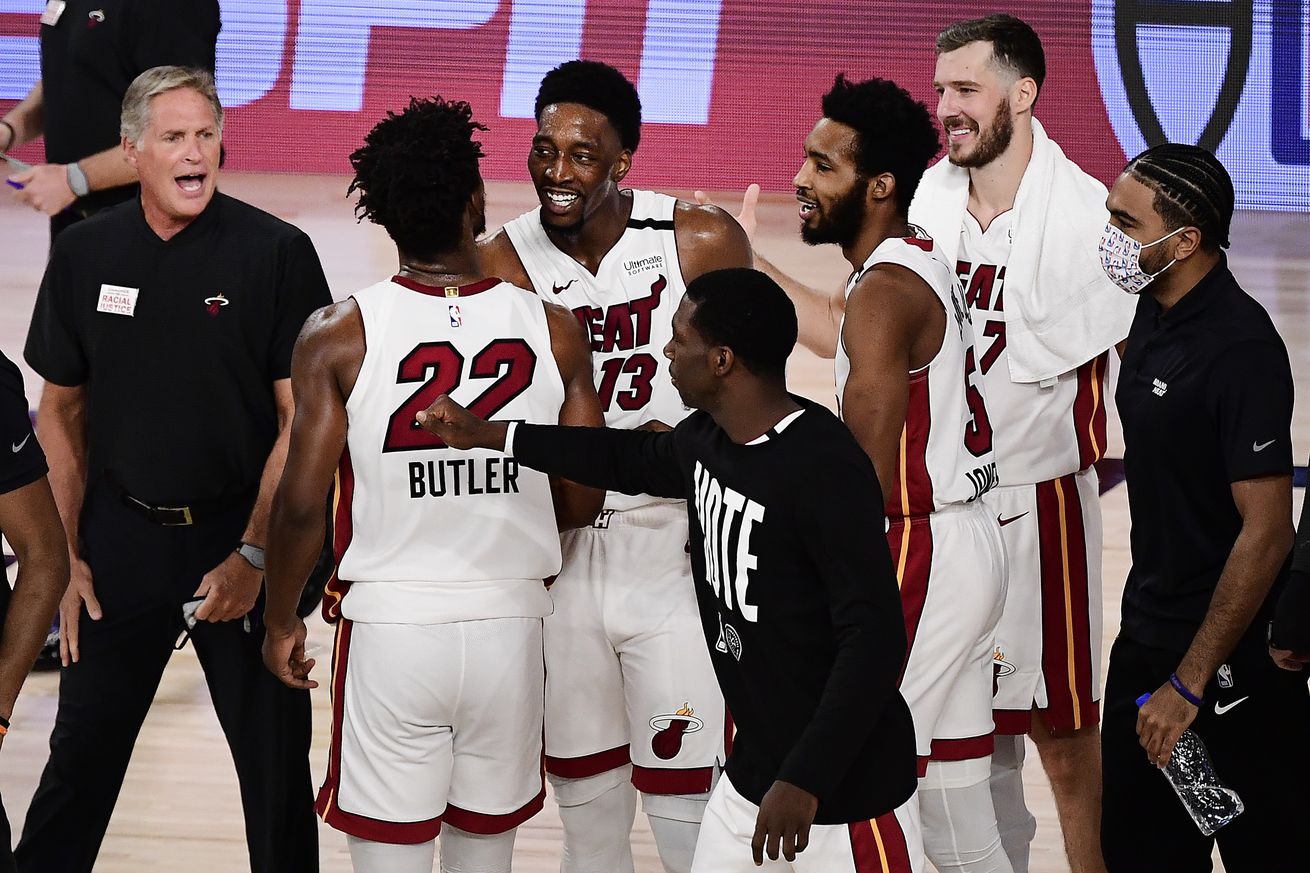 Bam Adebayo blocked Jayson Tatum at the rim to help the Heat win in overtime in Game 1.

The Miami Heat were down 12 going into the 4th Quarter of Game 1 of the Eastern Conference Finals against the Boston Celtics. The Heat had just finished the 3rd Quarter poorly. Jayson Tatum helped the Celtics go on a 13-2 run to finish and things were looking rough.

Miami chipped away and put them into a position to win the game. Jimmy Butler hit a three in the corner to give the Heat the lead with 22 seconds remaining, but a difficult foul call gave the Celtics a free throw to tie the game. Tatum took a long three and missed at the buzzer.

Of course, Game 1 would go to overtime. In overtime, Jimmy Butler had a tough And-1 with 12 seconds remaining to give Miami a 2-point lead. Then, in the ensuing play, Tatum goes hard at the rim. I mean hard.

Only problem. He was met by Bam Adebayo who saved the game with an unbelievable block.

I mean this was a block for the ages, probably top 3 all-time blocks in the NBA Playoff history.

That’s the stuff man. What a game. What a block.

Bam Adebayo’s block on Jayson Tatum’s dunk attempt was the best defensive play I’ve seen ever in the playoffs!!!!

And what a series this will be. Now, for the rest of the game…it was a bit of a roller coaster. The Heat started off this game bad — Boston was hitting shots, Miami was missing shots…their poorest shooting quarter of the playoffs.

But it was followed by their best shooting quarter of the playoffs. And they were notted at 55 at halftime. The third was close until Boston closed much better. In the 4th, the Heat just kept getting closer and closer. They got the Celtics in the bonus early and that helped them.

Once Daniel Theis fouled out, things got a little easier for Miami. Oh, by the way…the Ba Adebayo and Daniel Theis matchup is anything but a wash.

Defensively, Miami’s strategy was to do late traps on Kemba Walker. And although he had some success and Boston made some skip passes, they held him in check. Tatum was a problem — he had 30 points and 14 rebounds (did you know he’s only 22?). Jaylen Brown was not a problem even though he scored 17 points.

Marcus Smart is who the Heat played the numbers game with and left him open. He made the Heat pay plenty of times…but Miami seems willing to play those odds over Tatum or Walker.

Goran Dragic was a calming spirit as always, scoring a team-high 29 points. Tyler Herro was an assist away from recording a triple double in his first Eastern Conference Final game — and he made a big shot for Miami late in the game.

This was a great win…but it feels like the Heat escaped this one more than dominated. And that’s OK — you need games like that and you take them anyway you can.

We will have more analysis for you heading into Game 2. Stay tuned.