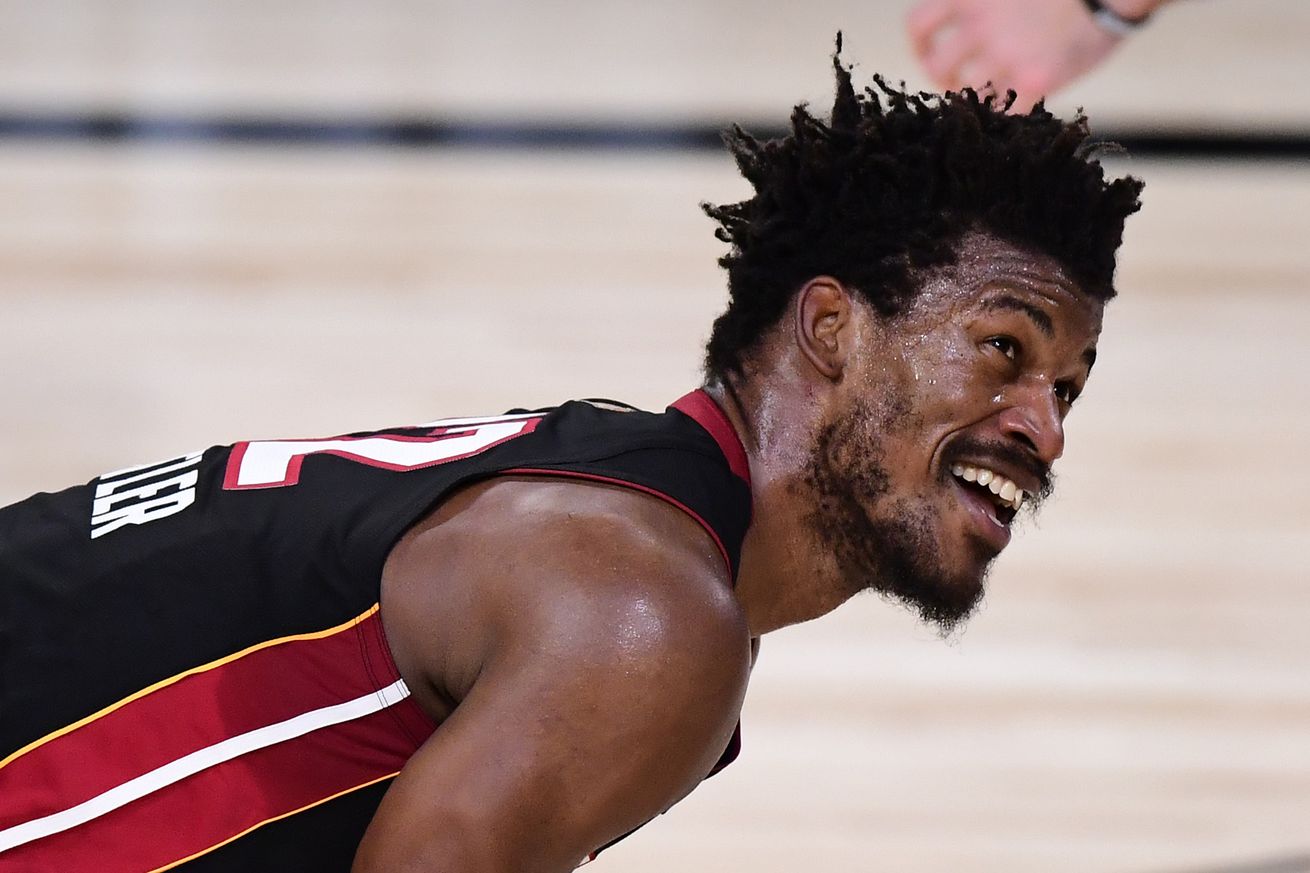 Jimmy Butler dropped 40 points in Game 3 of the NBA Finals to lead the Heat to a victory.

They aren’t going down without a fight.

Despite missing Bam Adebayo and Goran Dragic again in Game 3, Jimmy Butler dropped 40 points, 13 assists and 11 rebounds to lead the Miami Heat to a 115-104 win.

The Miami Heat played such a complete game in Game 3. It wasn’t perfect. They gave up stretches and runs, but they kept fighting. Butler played 45 minutes and was truly masterful in this game.

The Heat held Anthony Davis to 15 minutes on 5-9 shooting in 33 minutes. They made some great adjustments against the Lakers defensively and even made things complicated for LeBron James. James had 25 points, but the Heat did a decent job on him. They were exceptional on Davis, who scored from the perimeter, but got nothing easy in side but a few times. Davis was in foul trouble in the first half and that helped Miami not let him get in a groove.

He led Miami on both ends of the court. And one clear strategy the Heat implored, they got from their opponents. All postseason the Heat’s opponents have hunted Duncan Robinson and Tyler Herro on defense. The Lakers continued to do that, but Miami was able to hedge most of those, drop back and return the primary defender to LeBron.

But…the Heat began to do this for Butler. Removing LeBron off of Butler, he attacked every defender in front of him—Markieff Morris, KCP, Kyle Kuzma—he took them to the paint and punished them or found an open man. It was a strategy that paid off for this game because Butler was so good scoring and distributing.

Butler could be seen screaming, “They’re in trouble” in the closing moments.

Doesn’t look like Jimmy Butler thinks the Miami Heat got their one win: “They’re in trouble!”pic.twitter.com/dXMns4T0B8

Could this be the momentum the Heat need, trailing 2-1 in the series now moving forward to Game 4?

Miami had four other players in double figures: Kelly Olynyk with 17, Tyler Herro with 17, Duncan Robinson with 13, and Jae Crowder with 12. The Heat forced the Lakers into 19 turnovers (14 in the first half) and the Lakers only made 14-42 threes (respectable but not overwhelming).

Game 4 will be on Tuesday night at 9:00 PM. Will the Heat get either Adebayo or Dragic back? And can they push this series to a 2-2 tie?

But for now…leave some love for Jimmy Buckets in the COMMENTS BELOW.